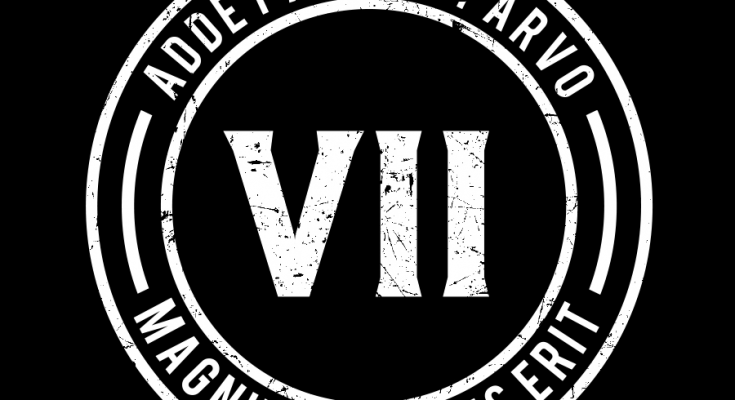 Did it live up to the hype and expectations?

VII have built up an enviable reputation and large, loyal fanbase. Having made the 750 mile round trip by car from Hertfordshire to Glasgow in vile weather conditions to see just two of them play, it was inevitable that we would be making the far shorter pilgrimage to see them all together in Manchester.

Earlier in the week, the trip was in doubt due to car issues, it turns out that supermarket diesel containing biofuel had completely destroyed the fuel filter in the Swedish Hearse. Fortunately it was a simple fix (although due to the “Volvo tax” we were £150 poorer) and so it was with a sense of relief that we embarked on the journey up the A1 on Friday evening.

Friday night was spent with relatives and Saturday afternoon was a chance to get to know some of our “Trance Sons” a bit better when we were all sober before the short Uber ride to the venue.

I have only been to Victoria Warehouse twice before, for Kinetic in 2017 and FSOE last year.  I really disliked the place.  At Kinetic the sound was dreadful, and it was only slightly better for FSOE.  I found the majority of the staff to be rude and unhelpful, unless you had shelled out for VIP tickets there was hardly anywhere to sit down, and the cavernous space of the main room lacked atmosphere.

My experience this time was somewhat better.  Having run the gauntlet of the unfriendly door staff after a slight delay in the doors opening we found the cloakroom, lockers, and small merchandise stall area invitingly laid out with folding chairs and makeshift tables although it was very cold.  The Cotton Shed in which the event was to take place is a long somewhat narrow space, lined with concrete pillars supporting the fairly high ceiling.  Small bar at one end, decks and big screen at the other.  The four Void stacks (two at the front and two near the back and the impressive array of subwoofers boded well for the sound quality.

That small bar led to perhaps the only really negative aspect of the night, it was just too small and couldn’t accommodate enough staff to cope with the demand.  At times the queue to be served was ten deep, and people reported waiting times of as long as 45 minutes to me.  This is just not good enough, and somewhat perplexing at an event that was otherwise so very well run.

It was cold, really cold. Not 2000GC cold, but still far from comfortable.

First on the agenda was a “meet and greet” with the stars.  I use the word advisedly, these are not artists at the beginning of their careers building a presence, but established names, any one of whom can fill a stadium.  They didn’t have to take the time to speak with us, and the fact that they did shows a commendable noblesse oblige and loyalty to their fans (who after all put the bread on their tables).  The meet and greet itself was a charmingly shambolic affair, a sort of live-action game of Pokemon with DJs as prey.  We had a brief chat with Will Atkinson, and a slightly longer one with Alex DiStefano (in Italian).

Did, I mention that it can be cold in Manchester, damned cold?

Next up was the “Introduction”, a multimedia presentation using footage from Dr Strange (one of  my favourite Marvel films and definitely my favourite Marvel character), with  music about early man producing the first music with improvised instruments.  This was my first experience of a Void sound system and I have to say that I was, almost literally, blown away.  Astonishing clarity was combined with an ability to move a huge quantity of air, particularly right up at the front of the room, that made the music a wonderfully involving experience.  It wasn’t completely without fault, there were points later in the night when the wick was turned up just a tad too much and some of that wonderful clarity was sacrificed for volume, and there were a few parts of the room where the sound became a bit muddy, I suspect that this latter was due to the concrete pillars reflecting the sound back and forth.  In any case, these are real nitpicking criticisms, and overall the sound quality was top notch.

Up to a point, the quality of a sound system is unimportant, it’s what you play though it that counts, and unlike the Vogon Constructor Fleet’s PA system with its “wonderful perfect quadrophonic sound with distortion levels low enough to make a brave man weep” broadcasting the announcement that the Earth was to be demolished, what followed was without exception worthy of the quality of the system.

The speakers might have warmed up, but the room certainly hadn’t as the event got properly under way. 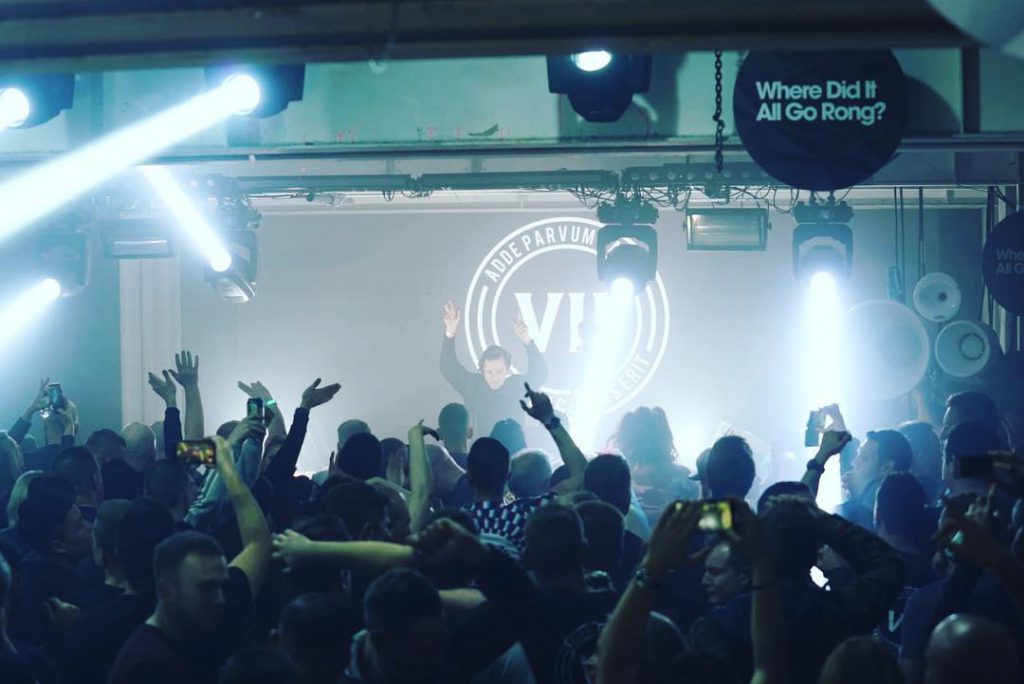 Of the seven, he and Astrix are the two that I have heard the least so I didn’t really know what to expect. What he gave us was the most subtle set of the night which I found captivating.  It defied categorisation, being on a cusp between progressive and uplifting, and was driven by a tribal beat that had elements of psytrance.  Very different from his Trance Sanctuary set a couple of months ago at Fabric which I also loved, but like it in the fact that it engaged both the mind and the body (it had the whole room dancing from the first note). He is the latest addition to the VII stable, and is entirely worthy of his place in this illustrious company.

It was still cold, but I was no longer in fear that I would permanently lose the use of my fingers and toes.  By the end of the set, I was brave enough to actually take my fleece off!

I have seen Will a few times now.  There is no doubt that he is a huge talent, both as a producer and as a performer, and that he has that touch of insanity that accompanies genius. Of all the sets of the night, this was the one that gave me the most cause for concern, as there have been a couple of occasions when I have found that the lunacy has overshadowed the genius a bit too much for my taste. I needn’t have worried, he gave us a brilliant set, the insanity present, but in check.  A bump in speed and energy, perfectly judged, kept us all dancing.  He closed with what I believe to be his own remix of a very old track called Perplexer.  There were bagpipes.  I hate bagpipes. Apologies to my friends from North of the Border, but normally to my sassenach ears they sound like somebody who has tucked a cat under their arm and is playing it by biting the poor creature’s tail.  On this occasion however I actually enjoyed the sound and this is surely a measure of the man’s genius!

The heat given off by all the dancing bodies had finally raised the temperature to a fairly comfortable level.

What can I write about this man and his work that hasn’t been written a thousand times already?   In many ways he is the epitome of the complete DJ/producer/promoter, a quest for perfection is evident in everything he does, and his set should be seen in the context of the entire night which so clearly had his imprint on it from start to finish.  I really don’t know how the man was able to perform at all in the midst of rushing around attending to so many tiny details throughout the night, but perform he did with a typical Askew set.  By this I mean perfectly judged, technically flawless, with inspired track selection and beautiful flow.  I would be tempted to say that he’s not a man but a machine if it were not so obvious that he puts heart and soul into his music and his sets.

I was warm enough.

This was no ordinary night out, the normal conventions of the type of set played at differing times of the night were to a degree ditched and instead the running order was determined by the styles of the DJs.  With an inexorable logic Patterson was next, his style and energy fitting perfectly between Askew and the Psy that was to follow. Anybody with even the slightest acquaintance with his style would have instantly recognised this as a Patterson set.  Hard, melodic and with more than a nod to psytrance.  His latest collaboration with Sam Jones “Rotavator” was a particular highlight.

On any other night, any of the DJs to play thus far would have been strong contenders for “set of the night”.  As an example, Patterson was so much better than anyone else at Transmission Prague 2017 that it was almost embarrassing.

For me, however the three to follow were absolutely exceptional.

I have an issue with some psytrance.  Some practitioners of the genre produce monotonous tracks and sets, which leave me cold. No contrasts, no variation, and often no tune.  Astrix is not one of these.  Along with the relentless pounding psy beat, there was melody, there was subtle variation of light and shade and there was beauty.

I like Tyas.  My expectations were high, but as it turns out they were not high enough.

Every now and then a set comes along that speaks so directly to you that it feels like a private conversation between you and the DJ.  For me this was just such a set.  It felt like it lasted for ever and at the same time felt like it was over in five minutes.  I have listened to it again twice to try to put my finger on what made it so special to me and on both occasions (to a lesser degree than on the night) my emotional response precluded any rational analysis.  It’s not often that you find me at a loss for words which should tell you something about how moved I was by this set.

Taking us through to the close Alex chipped lumps off the walls with his hard tech-trance set. I would love to give you a rational analysis, but I was too busy jumping around like a crazy man to actually pay a lot of attention to the individual tracks that he played.  To be fair, just about everyone else around me was doing the same.  If, like me, you have a tendency to be a bit heavy with the right boot when driving, I would urge extreme caution should you decide to listen to this in the car!

Did it live up to the hype and expectations?  Emphatically yes.  Arctic temperatures for the first couple of hours and unacceptably long queues at the bar were the only minor issues in a musically outstanding night.  I have at least in part overcome my dislike for Victoria Warehouse as a venue at least as far as the Cotton Shed is concerned. 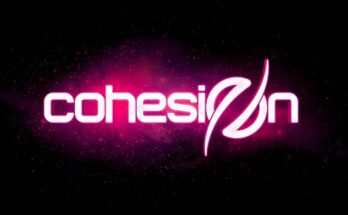 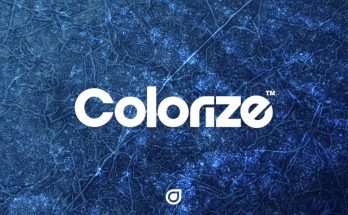 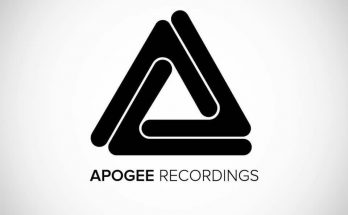