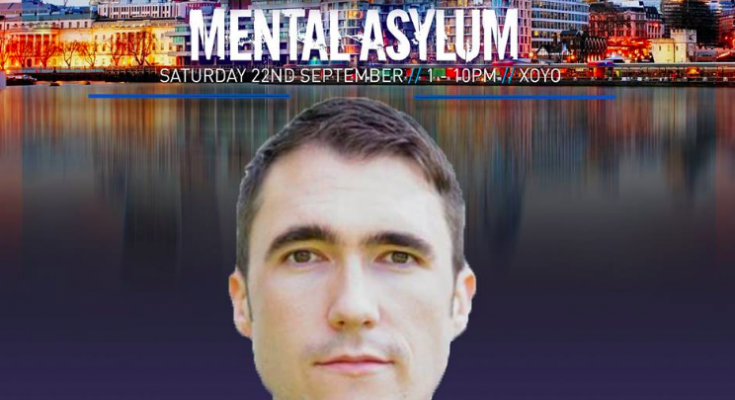 So we go a way back.. I remember booking you for one of my earlier parties in 2008 which was a Discover Label party, we had Activa, Ben Gold, Dan Ascherl & Chris Hampshire, It was one of my fave events looking back knowing that i was booking one of my fave Artists.. Already known for his amazing Producing skills then. So to have you making a UK comeback in the capital London after all this time with all the New productions from then until now, I Really have to pinch myself..

So Lets Dive in, we all know the story up to 2011 when you stepped in to replace the Legend Mr Askew as A&R at Discover records.

Firstly tell us How did you meet John Askew?

I can’t really remember when I first met John ? It was likely while I was a clubber and trying to get music to him. I wanted to release on Discover and likely tried to get cds to him at gigs. It was some time ago now though – over 10 years ago.

What that was it like filling that position? and did it help you grow as an Artist/Producer?

John has specific tastes and by the time I took over we were pretty good friends, he recommended to Chris (Hampshire) that I take over too so I didn’t feel like there were shoes to fill as I knew that era of Discover was over. I just wanted to move ahead with music that I was finding at the time.

I had a lot of freedom at Discover, I pretty much A&R’d all my own music after a certain point so taking that position on didn’t help me grow as such but did allow me extra flexibility over when I released as opposed to what I released.

What do you think of the Vii label in terms of the 7 of them working together and releasing together & touring etc.. If 1 of them ever left & John asked you to join, would you?

It works for them I suppose, I haven’t really thought about it. The VII was in its early ideas stage in Johns head while I worked at Perfecto so I knew what was coming, but I was pretty much on my way out of the scene so didn’t really pay too much attention.

I probably wouldn’t join. I’m not back in music full time and wouldn’t be able to put the time in.

Any plans for colabs with him or the other VII Lads in the future?

I have just done a collab with John for his CD of the new VII compilation ? it’s the opening track.

You worked on a few Psy tracks at 1 point tell us more about that?

I wouldn’t say I did a lot. I did 2 (what I would call) proper psy tracks; with Yahel on Iboga and a remix which I don’t think was ever released. The other stuff was still very trancey although took influences. 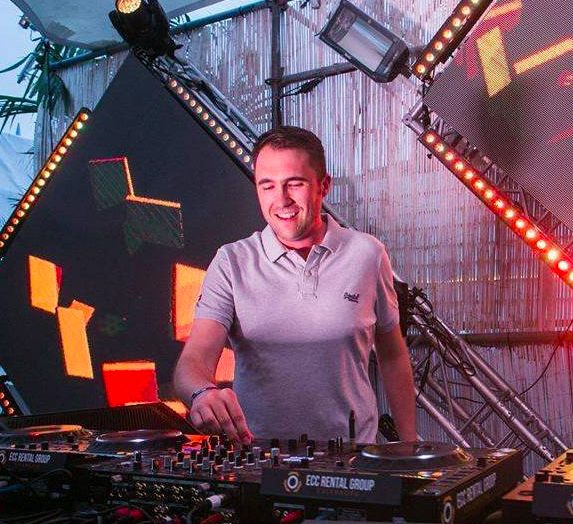 What was the reason that you decided to stop playing out?

Various reasons. It was just the right time to stop really.

You have had some phenomenally great releases on the build up to this Reality: Mental Asylum Event and loads of fans are excited to see you play them live. What was it that helped you get back to Producing uplift trance again?

I didn’t really stop. What got me to come back into the scene was the reaction from my set at Lumi in 2017. There were a lot of people asking me to carry on releasing which was cool. I’ll never be full time in the music scene again, I don’t want to be, but to get such good feedback by a lot of people after Lumi was really nice.

I remember speaking to you at Lumi 2017 just after your amazing set which reminded everyone why you were such an integral part of the Trance Genre and how much people missed you. You were on Fire and even the heavy winds of Hurricane Vroeger couldn’t stop you!! However you were adamant that you were not interested in playing out as much & touring, has this changed slightly now that your producing again or will you still be keeping touring to a selected few (minimum.)

No. I have always said I don’t have the right personality to be a DJ. I prefer being in the background. If there is a night that is worth playing at for any number of reasons, then it will be considered but I’m turning a lot down. I don’t need to be a DJ and I don’t need to gig any more. If the demand is there for me to play it makes no difference; it’s on my terms this time round.

Who inspired you growing up?

In terms of music, the usual – Armin, PvD mainly.

Have you ever met them?

Which came first DJing or Producing?

Not sure if there is anyone specific but I started while trying to recreate music I was listening to old Uprising and Dizstruxshon hardcore tapes. I didn’t know they were mixing vinyl, I just knew there was some music on there I liked and wanted to try and recreate the sounds etc. It developed from there.

You’ve conquered so much and still manage to dominate this scene amongst so many great artists after all this time there is always room to grow.  So would you ever be interested in playing a Dolby Atmos set or a Live Set like Giuseppe?

Probably not, it goes back to the earlier statement about djing in general. I certainly don’t think I dominate the scene and don’t intend to. I haven’t been in an atmos club and while its probably cool, I’m not sure things like that really interest me. Id prefer to stay producing.

What do you think is the next big thing in the Trance genre / events etc?

Not really sure, I don’t think I keep an eye on the scene enough any more to be able to say, but really looking forward to Playing for all the fans at Reality in the Capital.

We All look forward to hearing you take us on a UK Exclusive 3 Hour Journey.

Thank you to JD Love for letting us use this interview for On The Sesh.

If your interested in seeing this Legend Playing this special gig, You can get the last remaining tickets From Skiddle. Hope to see you all at XOYO 1-10pm on Sat 22-9-18.