The history of club culture is to be celebrated in a one-night-only exhibition at London nightclub fabric on April 25th.

The show which will catalogue the social and political factors which shaped this counter-culture, is a collaboration between the iconic club, subculture history archivists ‘OurHistory’ and vape company Logic.

Constituting some of the most vivid and iconic photos from OurHistory’s archive, the exhibition will showcase clubbing’s counter-cultural progression through history. Journeying through the decades, everything from the 1970s Soviet Hippies movement, the inception of Tresor and Berlin techno in the 90s, the dawn of the 90s North American rave culture and more is explored.

The show is curated by Ernesto Leal, founder of the Red Gallery, who annotated it as a “statement made in opposition to the current all-pervasive view that is both ignorant and cynical towards the ethics, diversity and richness of collective histories – marginalised cultures that could not exist without the European collective conscience.”

10 prints created by up-and-coming designers will be on display alongside the main exhibit.

You can buy tickets for £5 here, with all proceeds going towards mental health charity Grae Matta. 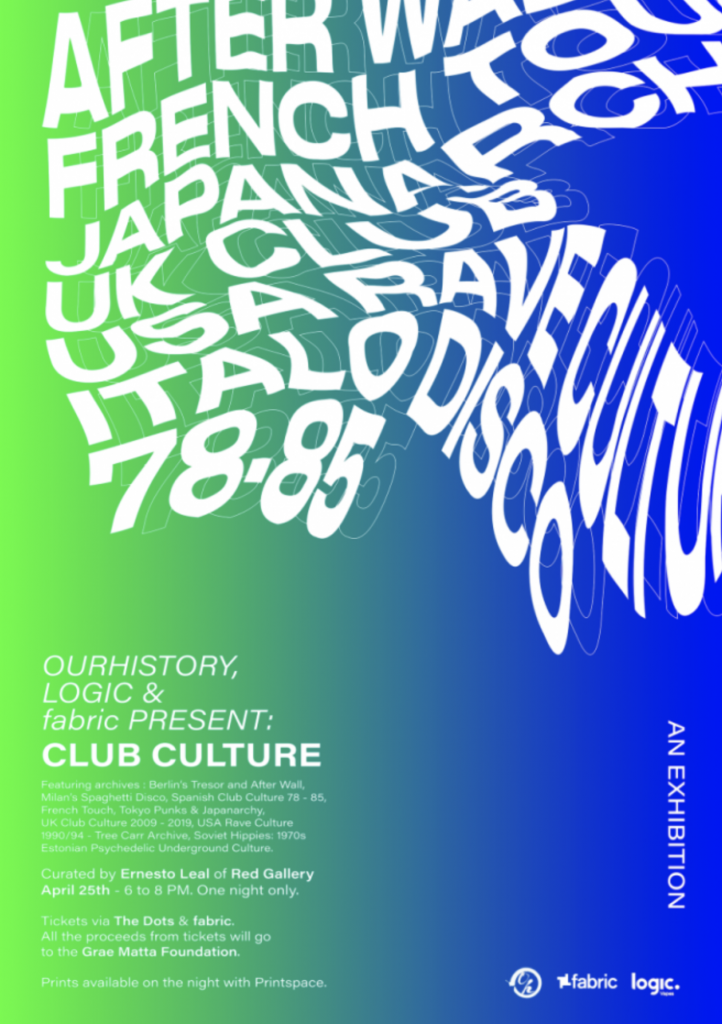