Hey, thanks for having me on. I feel that things are really starting to pick up a bit now. 2018 started pretty slowly for me in terms of gigs. Then the releases really picked up and I started to gain a bit of recognition and I feel I’ve put myself in a good position to push on next year

Q2, You’re from Derby and live in Nottingham? Do you find there’s a different vibe and different kind of party people in Birmingham to other places ?

Yes and no. Because a lot of the cities I play in are student cities you really get a variety of crowds. Although I do feel there’s a definite north south divide in terms of what you can get away with and how you put sets together. I know I’ve got quite a different style to what a lot of up and coming artists are playing at the moment. I play a lot of the older stuff like DJ Deeon, DJ Tonka etc…so I tend to stick to my style and try to show people new music. I don’t really try bow down to locations general vibe because I love showing and sharing music with people. If it doesn’t work then yeah I’ll adjust but I still try to stick to my guns 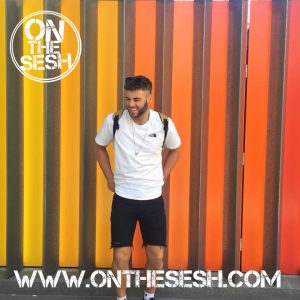 Q3 You’ve gone from a relatively unknown resident DJ to Headlining gigs in Birmingham, Nottingham, London etc… Do you feel that getting your debut EP on Solid Grooves helped?

For sure yeah. I owe those guys a lot because they’ve not just given me the release they’ve had me down to play a couple of times already at 2 of the best club in the country in my opinion. 338 and Printworks, But it’s so easy to be given these opportunities and to just blow them. I’ve really made sure I’ve put in the extra hours to make my sets more enjoyable and unique for the audience. I spend almost as much time searching for new music as I do making it.

Q4, Who personally gives you inspiration for your tracks and who you want to be in terms of playing style and sound ?

I don’t really try and pinpoint any particular artists sound. I more try and take and take note of how artists have created their own sound and I’ve tried to apply that to myself which I think I’m managing to do.  I definitely do look up to Latmun though. He gave me a quick lesson around 2 years ago and it’s helped so much. He’s always happy to have a chat and help me out too so I definitely look up to him as well. PAWSA too, he’s given me a lot of advice and supported a lot of my music 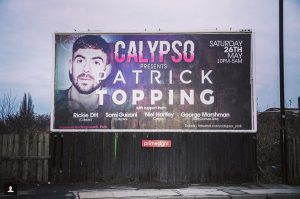 In terms of set style I often turn to Patrick Topping for track selection. I think he’s the most comparable artist to myself. Very high energy, no repetition, creativity and almost like removing on the fly.I love creating my own effects and laying different elements of tracks over the top of each other and using acapella’s etc. I guess that’s why my crowd interaction isn’t the best right now. I’m still very experimental so I’m so busy on the decks and my concentration is mad

For the rest of this year I’m just taking it as it comes. I’m not making any big plans unless they come up. I’ve got a few wicked gigs left and a couple of cool releases coming up but other than that I’m going to be building up a huge bank of my own material in hope of some bigger releases next year.

Next year I’d like to build on some of the goals I set for this year. Another top 10 release would be nice and to see some big names supporting my music. I’d love to explore some new cities and get some more gigs abroad. I’d like to be full time by the end of next year/early 2020 but until then I’m just going to work hard and see what happens.

Q6, So you just played at Printworks london what was your reaction when found out you was playing at such an awesome venue? 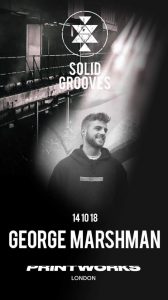 Honestly it took me right up until the day of the event for it to hit home. It’s obviously such an honour to play there. I was just as excited for the Solid. Grooves team to be given the opportunity to put a party on there, as I was to play there. They’ve come so far and to be in there with them is a pleasure.

Hopefully there’s many more chances like this in the future.

Q7, The night came to an abrupt end because of a water leak. Can you explain what happened ? Was it really someone doing pull up on a pipe?

I’m not really at any liberty to say exactly what happened until the venue have carried out the investigation but from what I gather, yes I think that’s what happened. It’s such a shame because so many people had paid good money to come and travelled a long way, but no matter where you go there’s always bound to be someone who ruins it for everyone else. I’m sure the team will bounce back and make it up to everyone who left disappointed. Right up until then it was a wicked party and even after that a lot of people were still buzzing with the night they’d had.  Also just wanna say the staff at Printwork’s  was  really professional and efficient in getting everyone out safely and calmly.

Q8, So on a serious note, an event you were going to be headlining got postponed due to unforeseen circumstances. But in many cases it involves drugs but the venue was made to close its door for a very short time. I personally think it’s not the venues fault or the events it’s the persons decision to make and if they are uneducated bad things can happen. But how do you think it’s affecting the scene we love because of handful of bad decisions.?

Personally, I don’t think there’s any way of policing drugs. They’re smuggled into prisons, used in parliament, they’re everywhere. People need to be educated, made aware of the dangers of taking them. If clubs are continuously shut down, it’s just going to encourage people to take them in more dangerous places, where there’s no first aid or security on site. I think a more modern and forward thinking approach is needed for sure. Obviously people’s health is paramount and we shouldn’t take anything away from that. If the clubs aren’t safe enough in the first place, i.e having the correct safety procedures for such things then they definitely need re-structuring. But total shut downs is an absolute disgrace