Leeds Trance Family Presents: Entity.
“Entity: – a thing with distinct and independent existence.”
It’s always difficult when events clash.  Trance Sanctuary is the closest to a local event that we have, and the lineup for this years birthday event was outstanding.  We thought long and hard about the choice between TS and the Leeds Trance Family event reviewed here.  In a context like this there is no “right” choice, and in the end we opted to point the nose of the Swedish Hearse north up the A1.
Despite the long journey, the cost was comparable as LTF was free admission and we had the offer to stay with friends so the cost of diesel roughly balanced the admission price for TS and the train fares for the four of us to get there and back.  The stepson had magnanimously decided to join us despite the fact that Trance is not his favourite music as he wanted to see our northern friends, he was his usual quiet self in the car, leaving the conversation to She Who Must Be Obeyed and one of our London trance friends who between them are quite capable of not only talking the hind legs off a donkey but then persuading the creature to run in the Grand national afterwards! 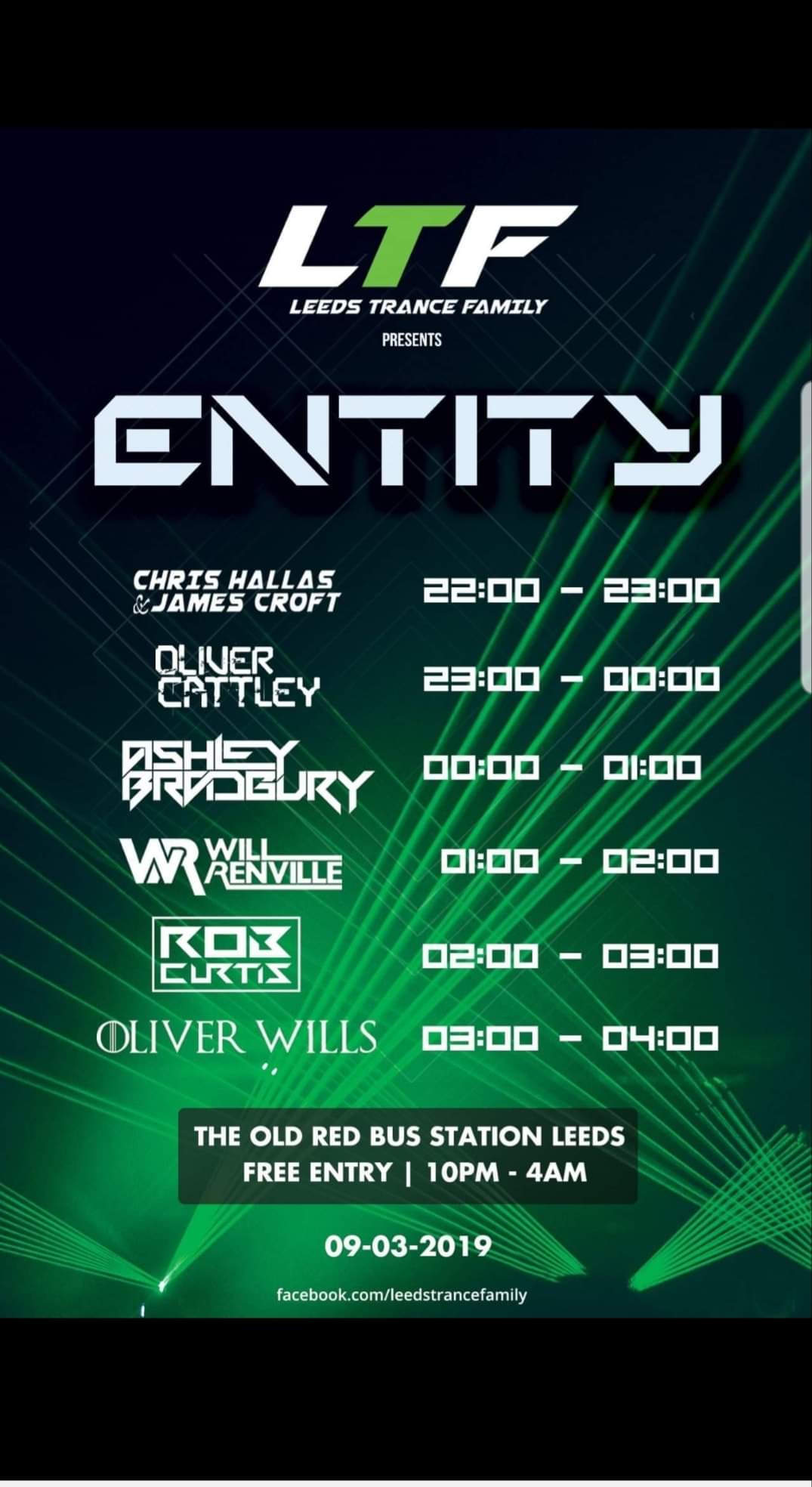 Safely in Leeds, we met up with the friends we were to stay with, got ready and headed off to town for a meal.  We met another group of friends at the delightfully named restaurant “The Cat’s Pyjamas” for a pre event curry.  I was sorely tempted by the pork belly Vindaloo, but opted for something a bit milder as the prospect of the onset of Gandhi’s revenge kicking in part way through the night was an unpalatable one. My meal was very tasty, but as it turned out I was informed later that the Vindaloo was not particularly fiery after all.  There are very few things worse that the realisation that you have ordered the wrong meal but this was more than compensated for by the opportunity to catch up with close friends away from the dance floor.
The Old Red Bus Station was just around the corner from the restaurant.  Architecturally it was clear that it is aptly named, having an exterior typical of Art Deco public transport buildings of the mid 1930’s. It would not have looked out of place in an episode of “Poirot”  Inside there is a pleasant bar, where we met up with still more friends.  I rather suspect that they venue were somewhat unprepared for the numbers of people turning up for LTF, at times the wait to be served at the bar was a bit long, but no matter as the time was passed pleasantly chatting.  Also on the ground floor there is a small space which was later used for a music event, and there is a small restaurant upstairs.  LTF had a larger space upstairs with its own bar, basically a concrete box which had been transformed with a lot of hard work into a club with lots of lights and lasers.  The smoking area was outside at the rear of the building, down another flight of fairly steep stairs from the main bar level.
As an aside, it’s scandalous that the area is scheduled for redevelopment and so this delightful building which has been repurposed from its origin function into a lively, well used performance venue will be replaced by a new shopping centre.
Entity, is an excellent name for this event, it is truly independent, being entirely down to the very hard work of Chris Hallas and James Croft. Everything needed to put the event on and make it a success comes out of their own pockets as they don’t charge a penny for admission.  Make no mistake, this is a proper labour of love, and the amount of hard graft that these two young men put into it is mind boggling. 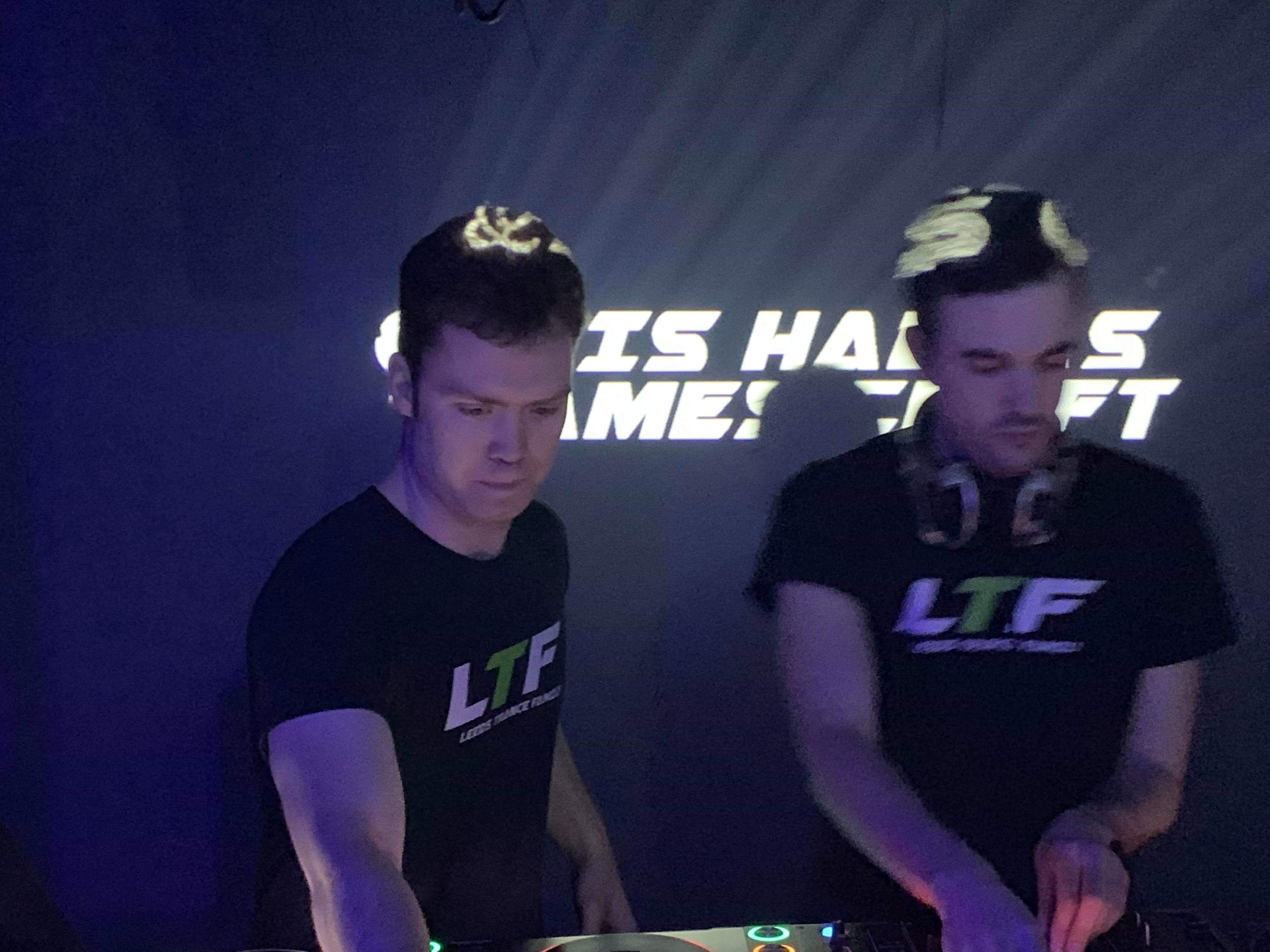 The two of them opened the event with a back to back set.  You could forgive them after having no doubt got tired and stressed by all the preparations for taking it easy behind the decks, but this was not what they did.  The just went full-on and hard right from the off, obviously they had not had the memo about what you are expected to do in an opening set!  On this occasion the conventional wisdom would have been completely wrong as the room filled very quickly and the bar emptied as soon as the room opened and pretty much everybody was dancing right from the off.  Anyone wondering why they put so much into the event would have been in no doubt what is in it for them seeing their faces as they played. 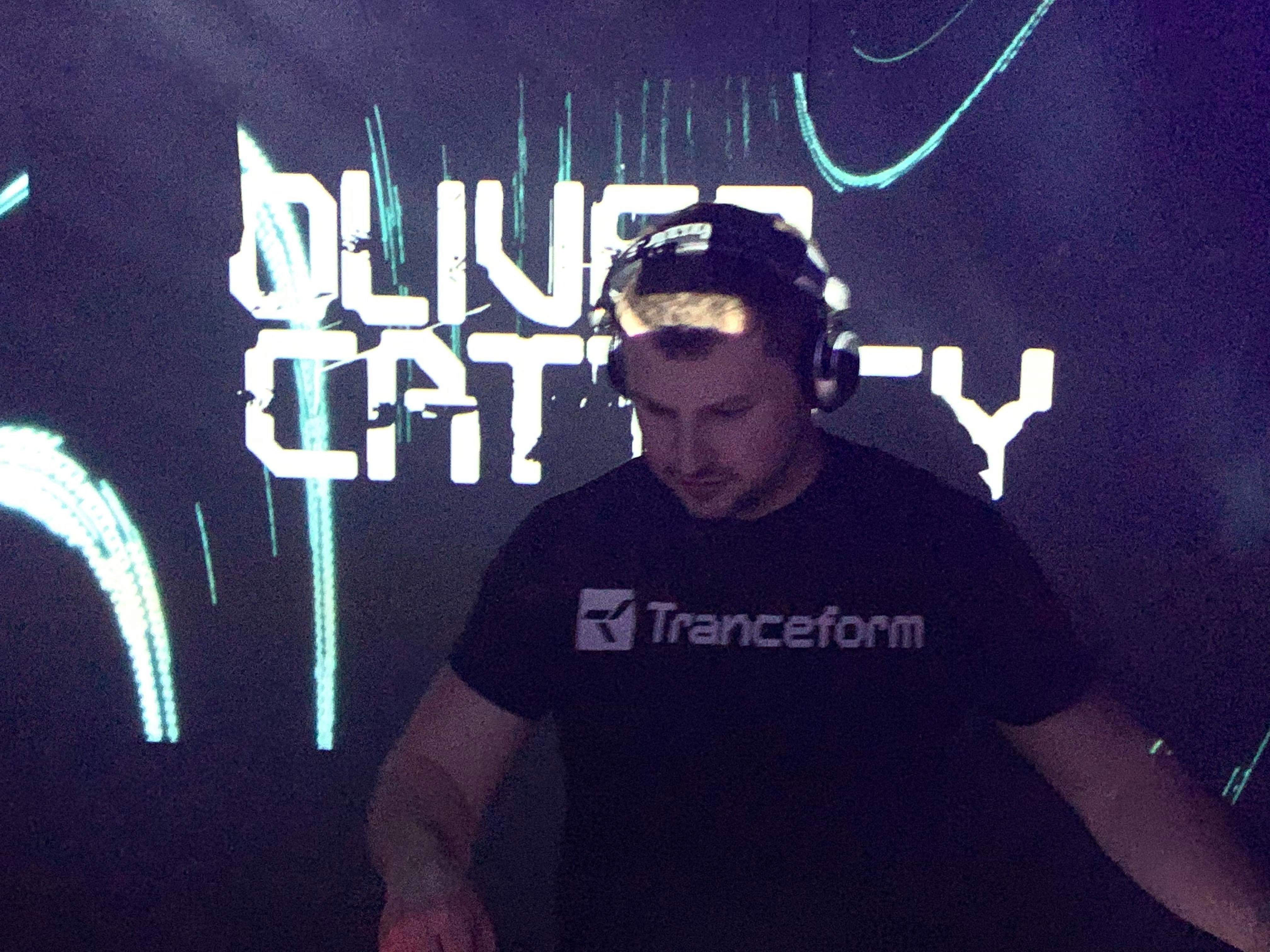 Next up was Oliver Cattley.   He carried on pretty much where Chris and James left off, keeping us all moving and the energy levels high. 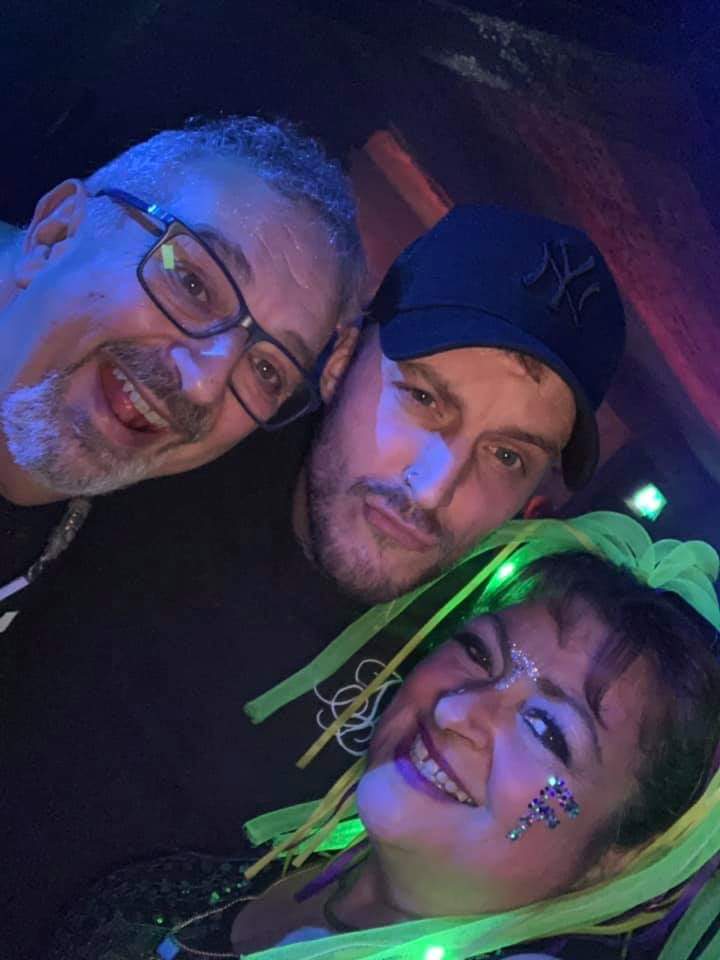 Ashley Bradbury followed.  Anybody who has read any of my recent reviews or indeed been paying even casual attention to what has been going on in the UK Trance scene recently will know that this young man is on fire at the moment.  Such momentum is not without the risk of seeing expectations so high that they cannot be met, but no such issues here, unquestionably the set of the night mixing his own tracks and mashups with other material to have the room bouncing and giving us a couple of emotional sing along moments to classic favourites. 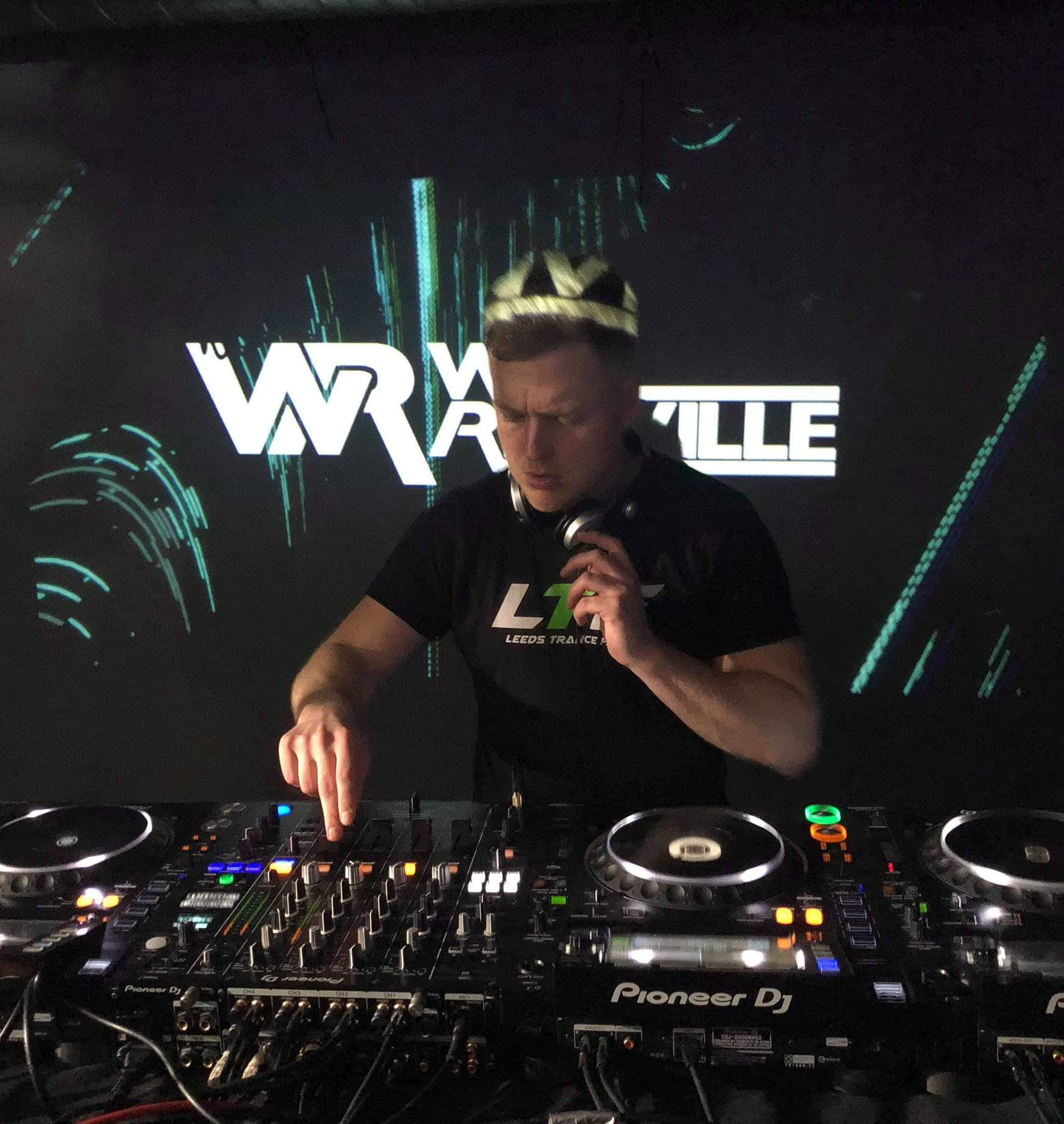 He was always going to be a hard act to follow, but Will Renville was equal to the task.  among the tracks in his high energy set was a nod to The Prodigy with Voodoo people and a personal favourite of mine, Menno’s Creatures of the Night. 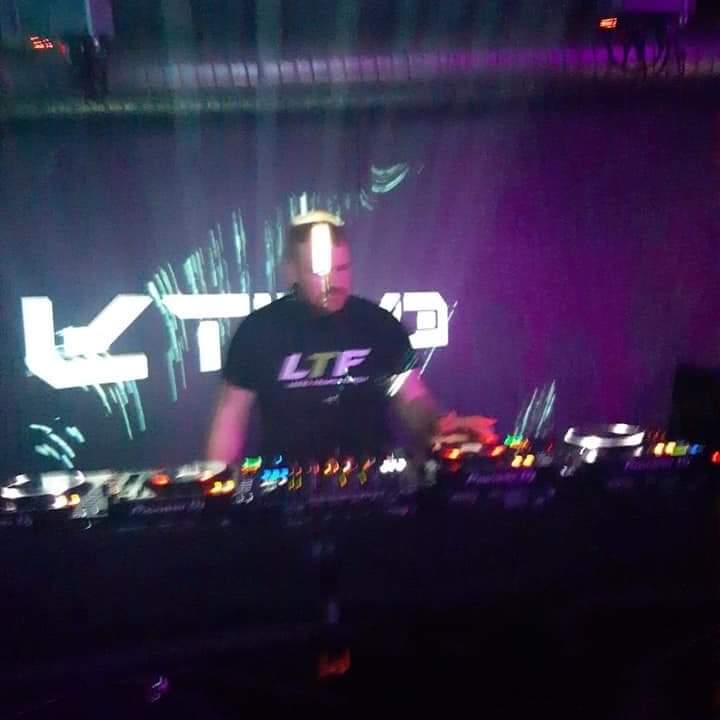 Rob Curtis followed, starting his set with a cracking intro track Smack My Shaman – a Prodigy/Beatman mashup, He followed it with yet another high energy set, by this time I can tell you I was starting to feel as If I had been put through a wringer, but tracks such as Shugz AI, contrasting with the Ottaviani remix of Out of Nowhere kept me on the dance floor jumping happily around.  I was very happy that I hadn’t gone for that Vindaloo at the Cat’s Pyjamas though. 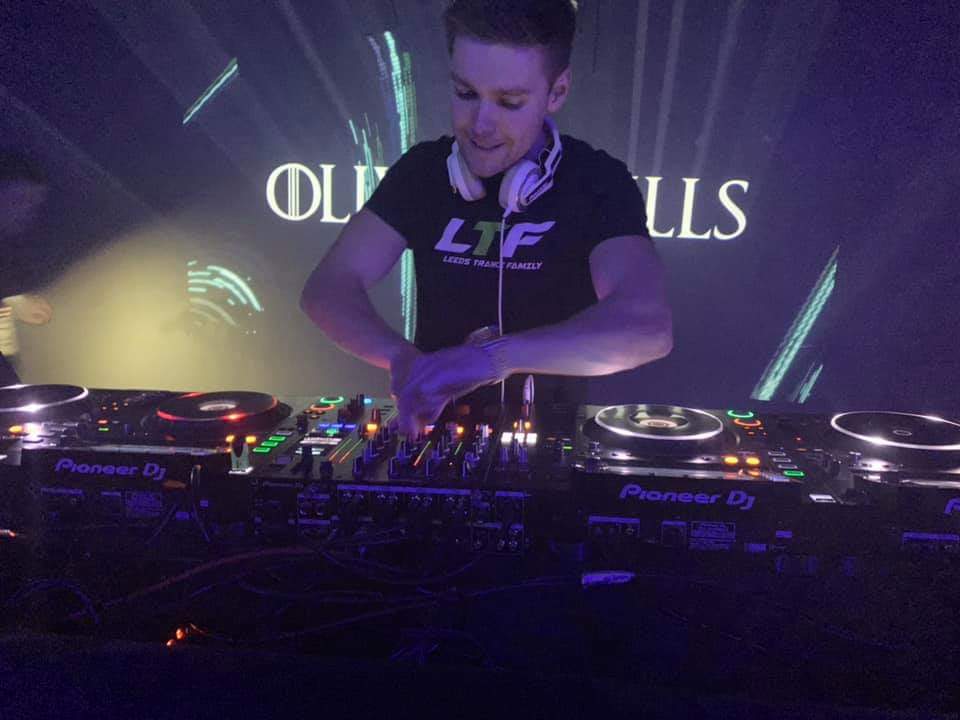 The closing set was played by Oliver Wills.  A emotional moment for all of us who know him as he will shortly be leaving the UK to start a new chapter of his life with his lady in Australia.  No less energy in his set, but a change of style to the darker tech beat he plays.
All in all, a really great night, and it’s absolutely beyond my understanding how Chris and James do it without charging admission!
There is just one slightly sour note to report however.  You may recall that I mentioned the smaller space behind the bar where there was another event on. I couldn’t tell you what the music that was being played was, On the couple of times I passed on my way to use the plumbing facilities I din’t pay much attention.  It was very clear however that some of the people attending had had a few too many shandys and were wanting to round off their night with a ruck.  Their puerile attempts to provoke me and others failed to produce the desired effect, resulting in a perplexed mixture of mild amusement and utter contempt, but things could very easily gone differently.  NO harm done, but it does leave a slightly nasty taste in the mouth.  I know that the trance scene is not without its politics and occasional personality clashes, but at least, on the whole, we are spared the company of idiots like these.

View all posts by OnTheSeshStaff →