Greg Downey is making waves in the Trance scene with his Skullduggery label and his energetic, forward thinking sets. Next month he takes over the 2nd room at Trance Sanctuary’s 8ths Birthday in London with an OTC set with Alex Di Stefano. We caught up with him to discuss his new compilation and what to expect from his debut at TS.

Hi Greg, thanks for taking you time to chat to OTS. So what made you start DJing and how old were you?

I started DJing when I was 14 years old after spending a year listening to The Prodigy and Carl Cox rave tapes. I was completely obsessed with underground music from an early age and my number 1 focus then was to get decks and pursue this with everything I had.

As I said, I loved The Prodigy, it was their Music From The Jilted Generation album that really opened my mind to futuristic hard hitting music, this album still sounds fresh today. DJs that influenced me were Paul van Dyk, Carl Cox, Fergie and Dave Clarke, each one of them standout acts in their own right.

I would describe it as driving futuristic trance overall but my DJ sets are quite varied. I love techno and progressive when I play longer sets too and I like to keep things interesting. I never play two sets the same. 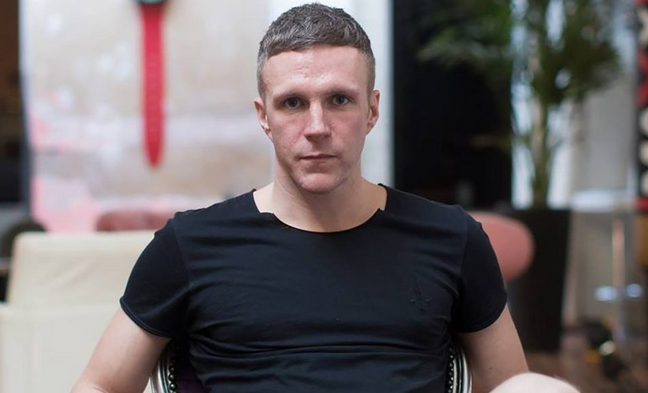 Maybe a bit self indulgent but I have to say my new single Greg Downey & Sunscreem – Perfect Motion. It’s been kicking off when I’ve been playing it at recent shows and I think it could be one of the best things I’ve done. Due for release end of April on our new label Deep In Thought

When I started out I was strictly just a DJ and I was doing quite well with that alone until I noticed things were starting to shift dramatically. If you didn’t produce music then you wouldn’t be able to have much of a career as a DJ so it became a must, something I had to get to grips with fast as I was a late starter. I really got my head fully into it from around 2004 onwards.

I produce everything on my laptop and I’ve really streamlined my setup over the last few years. I like working on the move and even though I do have a studio at home where I can plug it into, I find I don’t like being in the same place for too long. Software wise I use a lot of Logics own built in stuff, I always have and some of it is awesome. I also like Xerum, Zebra, Massive and some of the usual bits and pieces. Hardware-wise I used to have an Access Virus TI which I loved, it was a massive feature in many of my tracks for years but I sold it which I regret. I’m thinking of getting another one along with a few other bits of hardware.

I always need to have a theme and strong idea before I would start producing a track. It’s very rare if ever I would start making a track just for the fun of it or to see what happens. All of the best tracks I have made I have almost been able to see it / hear it in my head beforehand and that’s what works best for me. Be it writing the breakdown or finding lots of different samples and ideas first before I would get stuck into it. My tracks take months sometimes so it’s always best for me to have a solid foundation from the beginning.

Hmm, that’s a difficult one. There are a few tracks in my back catalogue that come to mind but I think I would choose P45 which I did last year. The reason being this really stamped a fresh take on my sound and helped define Skullduggery as a label in the early days. 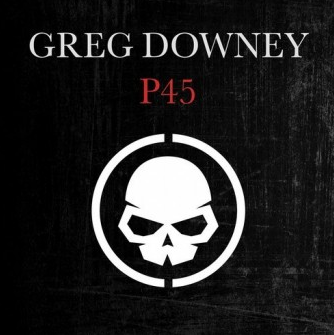 The last lot of months have been full focus on our debut compilation – The Art Of Skullduggery which will come out on 8th March. It’s a really cool album mixed by me and Stoneface & Terminal with loads of amazing exclusives on there, a good package overall. Production wise I have finished two new singles, one I mentioned before Greg Downey & Sunscreem – Perfect Motion and another called Inifinity, both have turned out well so look forward to letting you hear them. I’m also working on a really big remix which I can’t say to much about apart from its vocal and in my opinion the best vocal track this amazing producer has ever made. Will keep you posted.

Is there anyone you’d like to produce a track with that you haven’t already?

Would probably say John Askew , I think we could come up with something really cool.

Tell us about your label Skullduggery, how did it come about and why the name Skullduggery?

The label itself is based around a handful of artists and friends that I believe consistently set the bar high. I always wanted to start a brand of my own, a place to develop my music with no restrictions or third party opinions to take into consideration and that’s where Skullduggery came from. We try and ensure that each release stands the test of time and leaves a mark, specializing in trance and tech trance. My manager John Askew came up with the name, something edgy and cool that doesn’t fit the norm which is exactly what the label stands for.

Your currently doing a Skullduggery tour, where else are you playing?

So far in 2019 we have done Skullduggery at Avalon in LA with London, Kuala Lumpor and Singapore up next. We have plans for a few more key cities that I can’t mention just yet but it’s an exciting time and a great feeling to bring the label to these incredible places.

You’re about to release your first Skullduggery compilation mixed by yourself and Stoneface & Terminal, what should we expect from the album?

I think I mentioned some of this in an earlier question but yes the album itself hits the streets on 8th March. CD 1 is mixed by me and CD 2 from Stoneface & Terminal, both mixes are how we would play during peak time sets at a club or festival. We have very contrasting sounds that work well together so anyone into tech trance will love this. A lot of time was spent making exclusive material for it and many of our producer friends came up with insanely good music for us to use that will only be available on The Art Of Skullduggery. I loved putting this album together and cannot wait for you all to hear it. This will now be an annual compilation series. 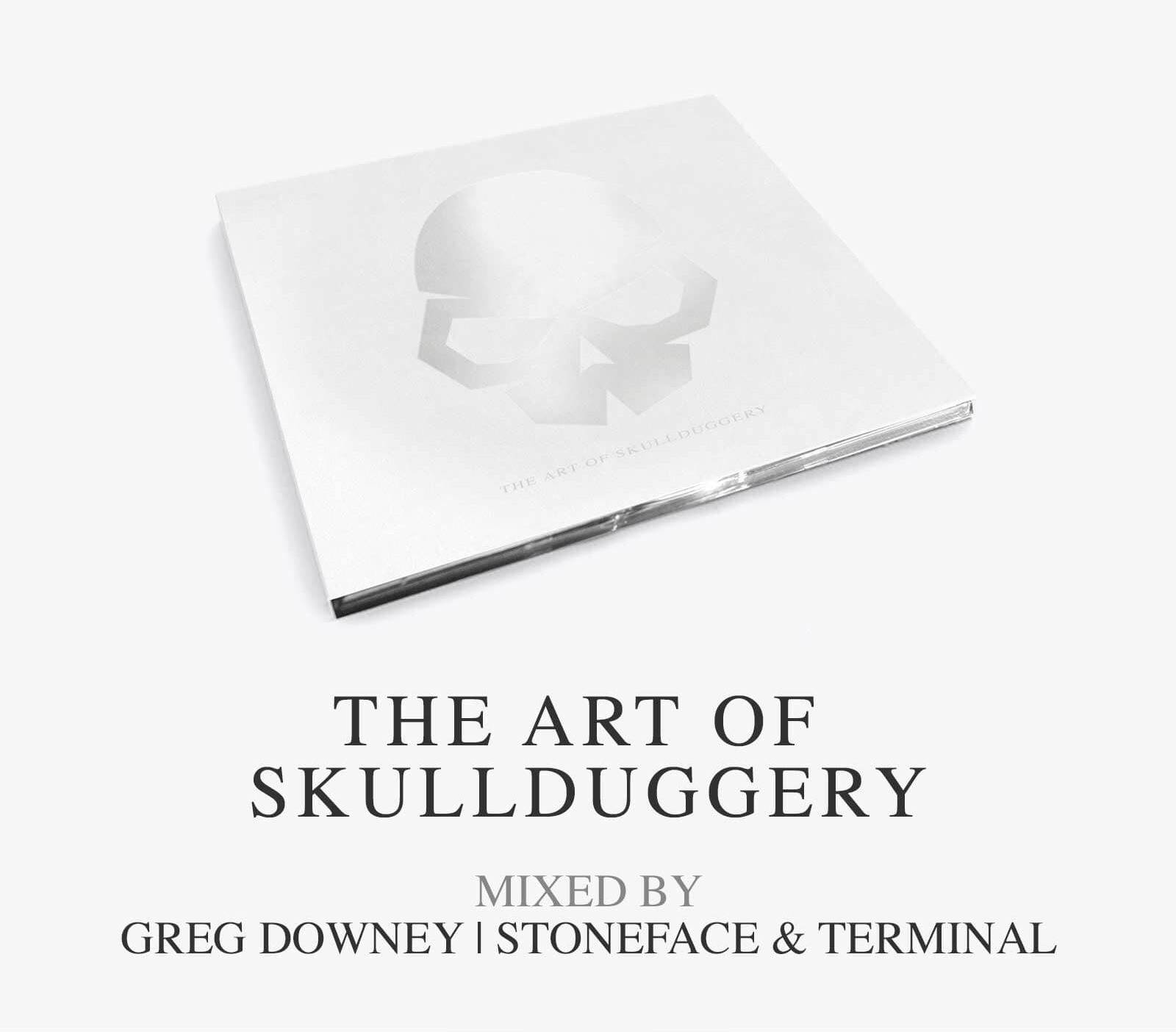 Your doing an OTC with Alex Di Stefano at your debut at Trance Sanctuary on March 9th, what do you know about TS and what should we expect from the set?

I think the plan will be to play two sets each, one early set showcasing progressive into techno and tech, then two peak time sets. The event will be a full spectrum of cutting edge music from start to finish, we expect it to be intense in there!

I can’t imagine doing anything else! I’d probably be a property developer or something fitness related.

Don’t shit on your own doorstep

I have a few which definitely couldn’t be disclosed here but there was one time I played at Passion in Coalville and me and my brother were at the airport after a very heavy night and no sleep. I was sat on the plane and I heard over the tannoy, “could a Mr Greg Downey please make himself known to the flight attendant please?” It turned out we had somehow managed to get onto the wrong plane and about to take off for a different country. We got marched off thankfully. 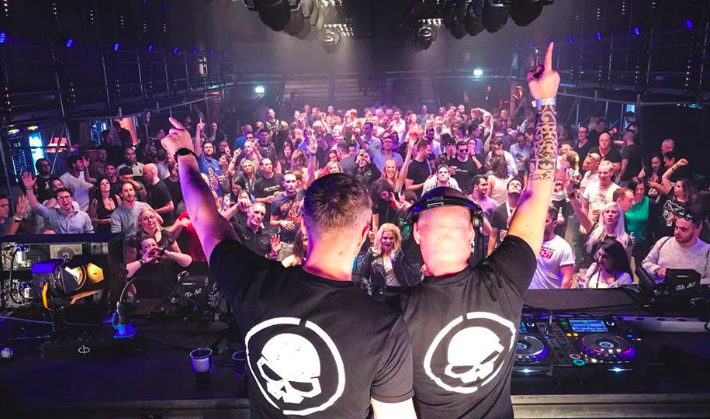 Not sure if it’s a habit but I can be quite impatient, now now now!

I’m just working hard on the label and my solo productions and I think 2019 is set to be a great one musically overall. Aside from that it will be enjoying playing to some great crowds in epic cities around the world, performing at my best.

Massive thanks to Greg for chatting to Liz from On The Sesh.