So Mickey, tell us some interesting factoids about yourself !

I’m originally from Kilkenny, Ireland, my real name is Michael Crilly and I moved to the UK in 2000, I’m married to the wonderful Rhi Crilly, I’ve got 2 little girls who aren’t so little anymore, Kaylee (19), Mia (15) I currently live in Rugby near Coventry. During the day I work for a Corporate Insurance firm and I sell Tax Investigation Insurance to Accountants.

You’ve got your fingers in a lot of pies mate; tell us a bit about what you’re involved with at the
moment.

Having recently moved over from the Hard Dance scene where I ran a Hard Dance label called Premonition Digital Ltd which is one of the biggest labels in the Hard Dance scene, on the back of that I started Premonition Artists where I was managing 18 hard dance acts, we also did Premonition events in Birmingham, after 6 successful years I eventually sold the business and moved over the Trance arena where I met Steve Allen and we just clicked. Steve then introduced me to Dutch Trance producer Patrick Dreama and that’s how ‘Uplift’ was born which I’m a partner in. I’ve also recently started a new Trance management agency called ‘NextGen Artists’.

How long have you been DJ’ing for now?

Where was your first proper gig and tell us how it went?

My first proper gig was in 1995 at a small wine bar in Kilkenny, Ireland which was then called Carusso’s. I’d heard that one of my idols (Mark Kavanagh) was playing there, so I spoke to the club owner and begged him to let me warm up for Mark. Bearing in mind I was only 15 years old then so I was told I could play but I had to go home straight after my set so I didn’t even get to see Mark play, haha I remember sobbing all the home.

What is your favourite one so far?
My favourite gig to date has to be when I played closing set at Goodgreef vs Tidy at the Warehouse in Leeds on New Year’s Day 2016. The place was absolutely rocking from start to finish.

Has trance always been your weapon of choice?

No, I’ve always been a huge fan of Trance since the early 90’s but then I just fell in love with Hard Dance music. I’d still always listen to Trance but when it came to production it was Hard House and Hard Trance.

You have recently done some shows with talented pianist Paul Skelton, how did that come about?

Hard trance maestro Melvin Sheppard aka Dirty Harry who I made a partner in Premonition brought Paul to my attention and asked if we could book him for one of our events, after seeing one of Paul’s shows I got in touch with Paul who said he was playing his debut UK gig in Milton Keynes so myself and Rhi went to see him and he absolutely blew us all away. It turned out Paul didn’t have any management back then so we took him on board and well….you can see he is smashing it now.

Hahaha, no it’s not law but it’s frowned upon if are Irish and don’t drink a pint of the black stuff, I do drink it but there’s definitely a difference in the pints in the UK than back home in Ireland. Not many places over here can pour a ‘good’ pint of Guinness! 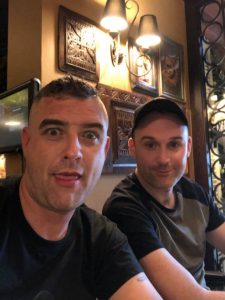 You’ve got an artist management agent, NextGen artists… who have you got on your roster?

I certainly do. Having worked for Critical Artists as a booking agent, I felt I wanted to continue my own journey so I setup NextGen Artists. At present I manage Davey Asprey, Paul Skelton, Liam Melly, Project 8, Kaimo K, Richard Tanselli & Glynn Alan. They are all great guys to work with and have a real passion for Trance so there are some really exciting times ahead.

How did you get involved with artist management to start with?

It all started back with Premonition Artists as I wanted to bring something new to the Hard Dance scene and try and break the mould of talented artists being overlooked and not getting the gigs they deserved. These artists were putting out some great music then and I just wanted to see them playing at as many events as we could possibly get for them so that’s where it all started.

Is there anyone out there right now that you would be keen to get on board?

There’s a load to be honest but I want get a good foundation first before we start expanding the roster, I’d also like to get more team members eventually so we can grow the NextGen brand. We have a great strong roster at the moment and I want to concentrate on what I’ve got before jumping in head first. 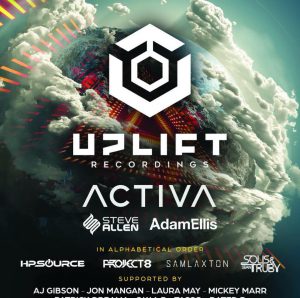 You also produce music too… how long have you been doing that?

I’ve been producing since 2013 and have had 16 releases across Hard House, Hard Trance & Trance.

How would you describe the ‘Mickey Marr sound’

The Mickey Marr sound is going to be a combination of my Hard Dance sound and my New Trance sound so I’m aiming at the Tech Trance market with Psy elements. Got loads of projects in the pipeline so really excited to show the world what’s coming.

What equipment and software do you use?

I’m a massive fan of Abelton and have been using it for years and I also have FL Studio but my knowledge of FL isn’t as strong as Ableton. My go to plugins are normally Spire, Sylenth1 and Serum. 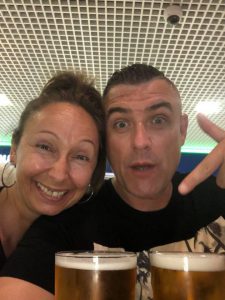 You recently announced the Uplift club nights- what made you decide to do it?

Uplift was the brainchild of label boss Steve Allen. Steve brought a team together of Patrick Dreama and myself to help get the launch off the ground. Steve looks after the label side of things alongside Patrick and I organise the events, we’ve recently got new promo staff on board which is great, to be honest we all help each other out so things are looking very promising for the Uplift brand.

We have our launch event on the 13 th October this year at the legendary Tunnel Club in Birmingham which was home to many of the best clubbing nights I’d ever been to. We have an awesome line-up in store for everyone with Activa, Steve Allen, Adam Ellis, HP Source, Project 8, Sam Laxton, Solis & Sean Truby, AJ Gibson, Jon Mangan, Laura May, myself, Patrick Dreama, S.W.A.P, TASSO & Rated R. With this line-up we asked the clubbers what they wanted and they wanted fresh acts so we believe we delivered. We want to fill the Tunnel Club in Birmingham with as many Trance heads as we can so this first event is crucial to the future of the Uplift events and gives more options to the clubbers and growing the scene once again.

The clue may be in the title, but what sound are you catering for?

The Uplift sound as you say is in the title. It’s vocal and uplifting, we are a sub-label of the legendary Raz Nitzan Music / Amsterdam Trance Records so we have so much experience behind us and we’ve got off to a great start with all of our releases hitting the Beatport Trance Top 100 within a day of release so it’s really exciting to be involved in it all.

Are there any promotions out there at the minute that you are taking influence from?

To be honest we want to be different so we will always look at other event promotions and see how they are doing things but we try to do them differently, I’m a firm believer of doing things differently to everyone else otherwise you are doing the same thing and the clubbers will just get bored so yeah we do take the good and bad from other promotions. We look at the whole picture and don’t just focus on 1 area. 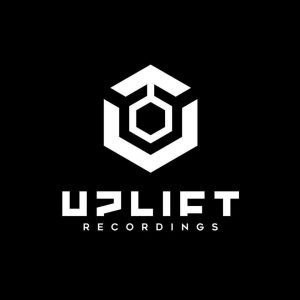 If you could pick ONE track that would describe the uplift brand, what would it be?

I think Steve Allen, Ana Criado & Solis & Sean Truby – ‘Frozen River’ is a prime example of what ‘Uplift’ is all about, big uplifting vocals. It’s out now so go grab a copy if you can.

We recently learned that you love a good mixed grill… ideally what would you have on the plate?

Hahaha, my favourite meal is actually ‘Paella’ and I do cook a mean Paella I have to say. A mixed grill is also one of my favourites, the more meat the better lol.

Finally, have you got any upcoming releases or events you can fill us in on?

I’ve got loads in the pipeline at the moment, I’ve got some exciting gigs I’m playing at one of which is a new night in Leicester called Encore where I’ll be playing a Tech Trance in December so looking forward to that one along with our Uplift event in October. I’ve got a fair few that I cannot yet announce but I can’t wait to share them with everyone. I’ve also just had a new track signed to Practikal Recordings alongside my best mate Melvin Sheppard called ‘For The Rest Of Our Lives’. It’s a remake of one of my old Hard Trance tracks and has a big vocal and massive drop in it so really looking forward to sharing that with everyone. I’ve also just finished my first Mickey Marr release which will be unleashed on to some labels in the next week or so, that’s more 136bpm Tech Trance style.

And finally I just wanted to say thank you for asking me to do the interview, love what you guys do and all the best with it x

Thanks Mickey! We love you too !

Don’t forget, tickets are now on sale for Uplift @ The Tunnel Club – Link below 🙂

Get tickets for Uplift @ The Tunnel Club