So, in the words of Cilla Black… contestant number one, what’s your name and where do ya come from?!

As a United fan… you would have to have a Scouser doing the introductions for me wouldn’t you ha! Everyone loves Cilla to be fair though, so to answer as best i can….

Pete Bromage, born and raised in Lancashire, and I’ve got my name DJ ing around various places around Northern England for the past 17 years.

I have properly found my home for the past 13 years in a lovely little place called Greater Manchester if you know it? I’m speaking to you currently though in the sunshine paradise that is Costa Del Salford.

Tell us a little bit about Pete Bromage the person, other than being a super mixmaster genius, what do you like to do?

I’m sure my friends would tell you it’s arguing with people on areas such as politics… or trolling friends that stupidly like Love Island, but I do have more to me than just that I promise ha!

I’m not a massive tv fan to be honest, but I do love decent satire and comedy shows – so in my occasional bit of spare time you will find me watching things such as 8 out of 10 cats, Jack Dee and Jim Jeffries. Most also know that I’m a loud United fan, and I will be frequently vocal on how we’re performing in the League, even if we’re not doing as amazing as we have been known to be ha.

One thing people probably won’t know about me though is I used to love sailing, and it’s something I would like to get back into now I’m a bit older. 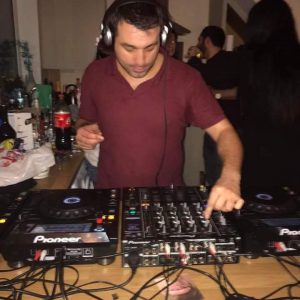 You are, and have been for a while a famous face on the UK trance circuit, what got you in DJ’ing?

I’d love to say boats and hoes to this? Sadly it’s not as glamourous a story…and Step Brothers wasn’t about in 2001 as the more time conscious types will be quick to point out reading this!

Nah, my background is the same as quite few DJs that come from small towns I suspect – nobody in the town I came from liked the music I loved (90s and 00s Oakenfold) so rather than wait every year for a new mix cd to come out, I started buying records so I could do my own mixes.

I quickly found I loved playing records, and I probably spent 3 hours every night DJ ing back at the parents not because of just practice, but more discovering how much I loved mashing up tunes to put a different spin on existing ones. 17 years later I still love doing that.

You’re most well known for your work within trance scene, has trance always been your weapon of choice or do your origins and preferences lie elsewhere?

Whether as I’ve dabbled with house music before (love Morillo and old Hed Kandi), I’d say prog trance and the more full on trance was where I definitely cut my teeth in. Where I got my love of trance from though… I’ll be honest and say my mother was a very good inspiration here. I got raised on everything from The Police and Enigma to early electronica, so it’s no surprises I ended up falling into non-commercial dance music.

Do you remember your first live gig? Where was it and how did it go?

Yes… and it didn’t got very well ha! An old Gatecrasher and Goodgreef resident called Stevie G gave me my first gig, it was playing Gatecrasher’s pre bar at Sheffield Hallam Uni I’m going to say about October 2002?

Having practiced my set and mastered it on the Soundlab deck’s I had, I thought Technic’s 1210’s would be the same… I couldn’t be more wrong if I tried! Trainwrecked one mix, and two more were out… not an ideal debut. Soon after that I got Technics for my birthday so I could start learning on those decks in the hope of never making that mistake again ha. 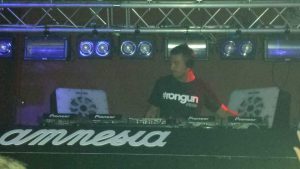 Random question … when we’re all out we see some really random shit, people get up to all sorts… whats the most bizarre thing you’ve ever experienced when you’ve been playing or out generally?

Within an hour of starting my set, I looked up at the crowd and found 150 odd people almost all with facemasks of my bloody mug on it, as said friends had conspired and distributed out whilst I was busy doing the record playing thing. Think Gatorade / Water Sucks scene on Water Boy and you have a good idea. Absolute evil bastards… but brilliant non the less ha!

You’re well known in the industry for providing the perfect warm up sets, Liam Wilson mentioned you in a recent interview by name for this reason – is this something you have purposely built a rep for or something you just got really good at?

Has he… I hadn’t realised that… belated bribe money will be in the post Liam if you’re reading this ha! I don’t think I ever started life as a warm up DJ to be honest… I’m just simply a guy that loves prog that became resident at one of the UK’s main trance nights… it was inevitable I guess!

No I think the scene has helped me find my niche, as you’ve sadly had a big split these days.. on the one hand you’ve slower 125 bpm techno or (ahem) melodic techno masquerading as prog, and then on the opposite end – 138 uplifting and above. It means there’s a gap that has been left that’s exactly my kind of music – proper prog – which covers both house and trance elements. 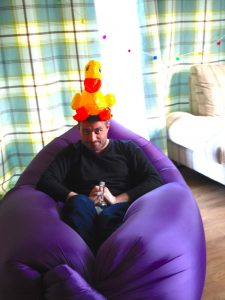 You’ve been on some of the best lineups going at some of the well known nights and festivals going… what is your favourite to date and why?

Whether as my Open2Close set is up there… I’m going to have to say the obvious one – THE Kevin and Perry set where I closed the main room at Cream Amnesia in 2014. The infamous Amnesia blonde haired engineer said it was one of the best semi pro sets he’d heard there, and it showcased my more full on trancey side that a lot of people forget I have. It’s a memory definitely to tell the Grandkids later in life! For those that want to hear the set, it’s available here:

If you could be on a lineup with 3 other DJ’s, who would they be and where would the event be?

I’ve been lucky enough to share the stage with one of my idols (Oakey) already, so I’d say now Hernan Cattaneo, Sasha and PVD.

Right, so with all these big names you must have seen or heard of some proper diva behaviour … you dont have to mention any names if you dont want to… but whats the worst diva behavior you’ve witnessed?

Plenty over the years… none of which I can say sadly as expected. Some of the worst diva act’s I’ve seen over recent years has been headline DJs girlfriends though… good as gold infront of their other halfs, then Petulant Princess’s the moment their back is turn… no need! Luckily thoug, these people are in the minority as the scene, as the scene has a lovely habit of weeding out pricks as time goes on… karma is great! 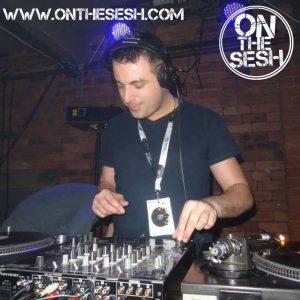 Do you have a rider request when you play?

Some Tropical Fruit Bubblicious…. And some Skittles? Will Smith film references aside, it depends on the gig to be honest. If it’s a small gig where I’m helping promote the scene the rider tends to be smaller.

Elsewhere in the dance scene there are ‘DJ’s’ playing trumpets, humping the decks and various other oddities … If you had to get some serious press coverage… what lengths would you go to?

I’ve DJed as both a giant Frog and Scarecrow in recent years does that count? Otherwise I’m happy just being me ha!

Nah I know the textbook answer to this is Chicane, and to be fair No Ordinary Morning is an old chill out fave of mine… I am however going to say Sash mainly as I had the album at 14 and loved it. Would I play Ecuador in a club these days? Fck no. Would I play it an after party or something… definitively!

We’ve heard outsiders have said trance is dead (idiots)… we don’t believe that for a second… what’s your opinion ?

Will it ever reach the 1999 type heights… no, as the music scene has changed forever thanks to shite like Xfactor etc, meaning to become popular you must conform to a set musical template.

Trance is gradually making a comeback though, not so much in the more generic 140 sound that’s been hammered over the past 10 years, but more the progressive and techno scenes which seem to be using traditional trance based melodies. Alan Fitzpatrick, Grum and Bicep are great examples here.

If you had to pick between being attacked by a duck sized horse… or a horse sized duck, which would it be and why ??

Easy answer, as one of the best mates has a phobia against ducks. I would tame the duck with some horse sized bird seed (bread is bad remember)…then set it loose on said best friend whilst videoing the anarchy created from it. Sharing is caring after all.

Finally, if we owned our genie (we cant confirm or deny) and we could give you wish …. what would it be?

Nah, it’s a soppy one I’m afraid – I would wish that my friends and family were happy.

Why? Because if they’re happy – so am I, and happiness I value far more than money etc. Sick bucket inducing I know, but it’s friends and family that keep me sane in this mad world, and for that I will always have their back.