Shugz (Christopher Kirkpatrick) is a name that has appeared to come out of nowhere on the Trance scene. He combines youth, energy, electrifyingly impressive deck skills and a notable production ability…….it doesn’t take long to realise why there is such a fuss around this exceptional talent. I caught up with Shugz to find out

So Shugz, tell us a little bit about yourself?

Just the love for music & art of DJing in general really. I remember watching videos of DJs when I was 14-15 years of age & deciding I wanted some of that in my life. It’s the only thing in the world I ever wanted to be. 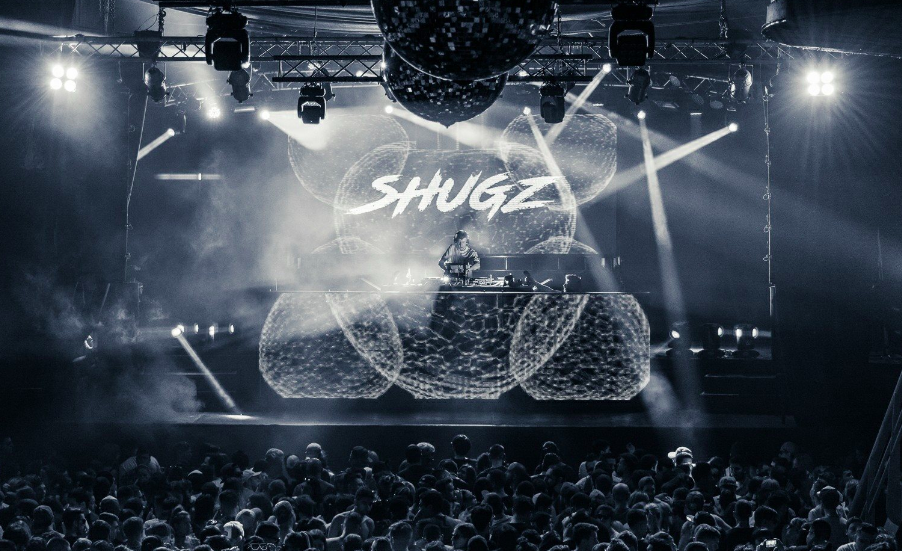 My first live set was at a venue in Belfast called Quest. It was the only club show for Trance in Belfast at the time when I was going, so to be involved was cool. A friend knew the promoter who ran the event and put a name in for me. Ended up becoming good mates with Colin (the promoter.) He helped me a lot with gigs & experience in the years following. Quest is where I learned the foundations of performing sets live & for that I’m grateful.

Digital because it’s just too handy. The features & tricks available with the digital versions of decks these days are just insane. Keep up with the times & always try to implement the new technology into your sets. As unreal as it is playing on vinyl, it’s much more fun using CDJs for me. 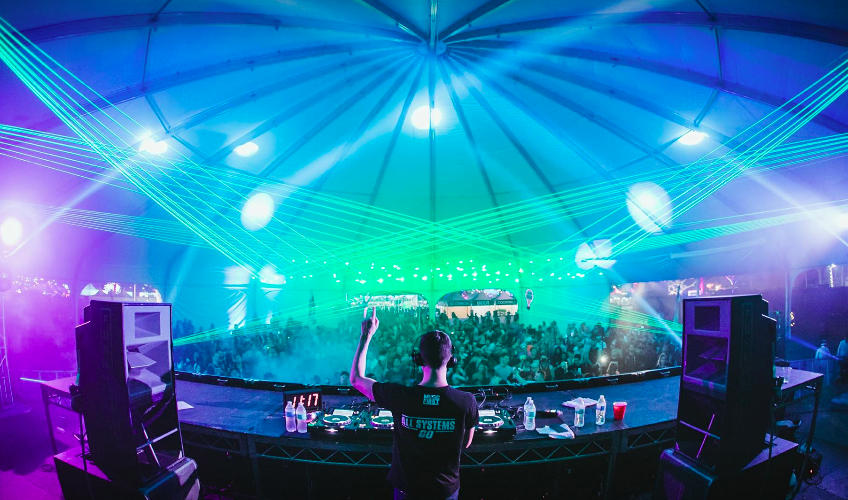 I never really prepare for sets – not much anyway. Always off the cuff. Sometimes I’ll find 2 or 3 tracks that will mix well together & play them accordingly at some point. I just make sure everything is labeled in key & fire away. DJing should always be as loose as possible. Read the crowd.

Where does the name Shugz come from?

My brother & father actually. They are both called Hugh and have the nickname Shugo. Shugs is just a variation of it that they get called too. My mates in school started labeling me as Shugs so I slapped a Z on instead of S because everyone loves a random Z instead of an S. No interesting or inspiring story here sorry. 😂 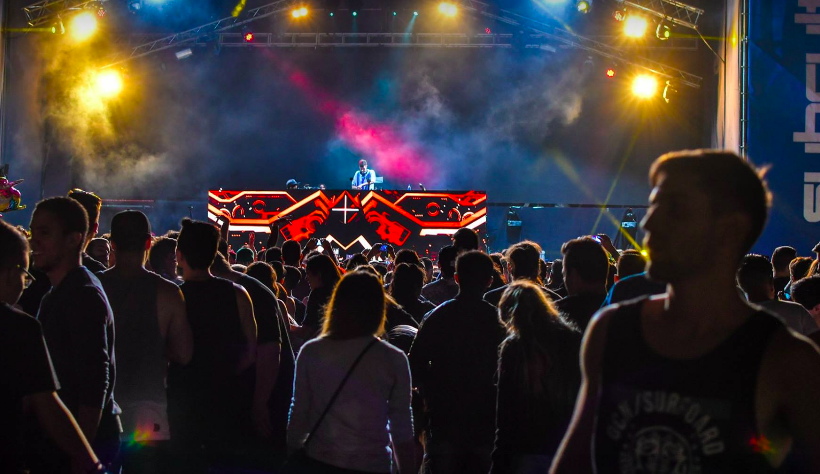 I’m not different at all. I just try to make the best music as possible in my studio & play the best sets possible live. If you can do those both to a good standard, have the right attitude & backing, you will do well.

What’s your favourite track at the moment?

Totally impossible to answer I know but have you got a favourite track of all time?

Impossible would be correct.

This is an easy one. My 6 hour open to close in Groove, Buenos Aires. It was my first open to close set ever & I learned a lot from that experience in that club with that crowd. I would have went on for 10 if I could. I didn’t want it to end. 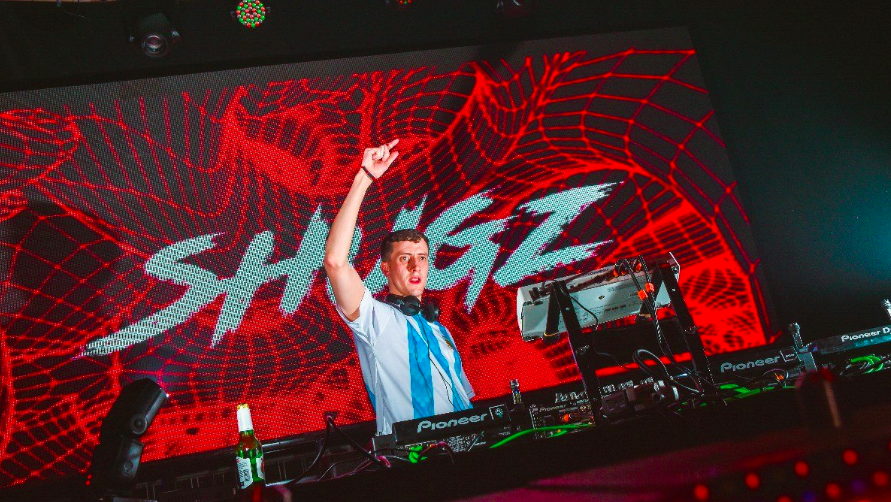 I would love a crack at EDC Vegas. It looks absolutely insane. Production, location & just the all round quality.

Creamfields & lucky enough to be spinning at the event this year.

What bookings do you have lined up for the rest of 2018?

A lot! Ones I’m most excited for are my Ibiza debut, return to Oz, Argentina for the huge BAT festival & of course Anomaly with you guys!

You’ve recently been playing more international gigs, what countrys been your favourite to play in and why?

The cliché answer – Argentina. Just the best crowd on earth. 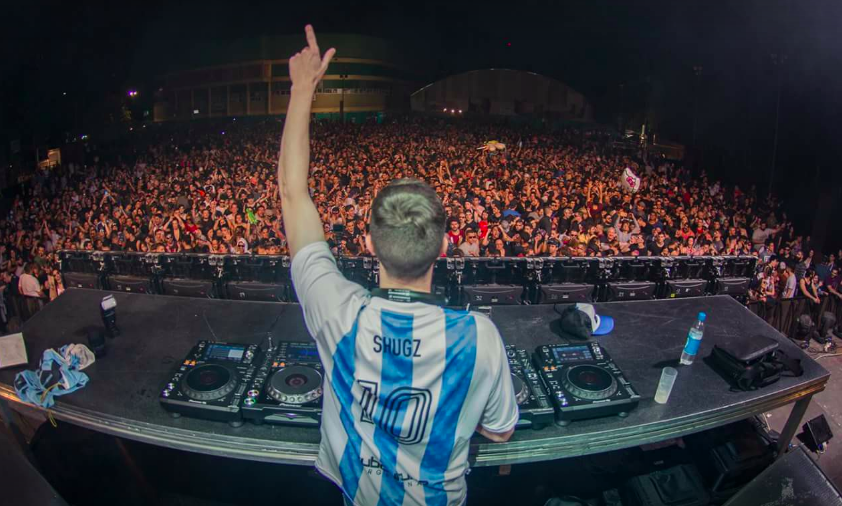 Depends where in the UK you mean haha. Scotland & Northern Ireland are hard to beat anywhere in the world to be honest. Every crowd you play to is different, some more exciting than others. You always prefer the crazy ones, suits my playing style much better.

To get gigs. It’s the only way to get established as a DJ these days. I absolutely adore producing now & it’s taken over my life but the only reason I started was to get more gigs. DJ before producer – ALWAYS.

Just signed a Tech Trance track yesterday that I’ve been playing in my sets a lot. Putting the final touches on a Fred Baker meets Sander Van Doorn style tune as well. Very different from the norm. Few other bits & bobs taking shape as well. Determined to finish this year strong. 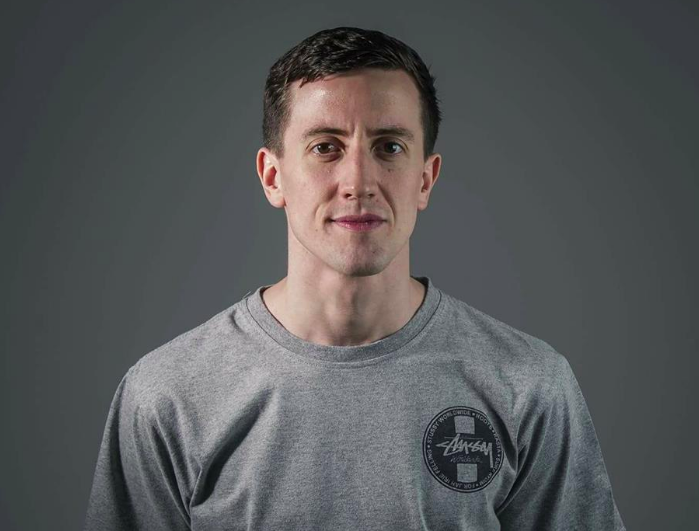 My DAW is Abelton live 10. I’m a very boring producer when it comes to plugins I tend to stick with a small few. Addicted to Serum at the moment for pretty much everything that I will say. The only hardware that I have at the moment is the Ableton Push which is ridiculously good.

I always start with my kick bass & percussion. I find it more difficult to get those right so always jump in the deep end in that sense. Also when I get that side nailed down the rest comes together much quicker. As much as I love working on breakdowns, I need to get the fundamentals down firstly.

What track was the first one you had signed and how did that feel?

First orignal tune I ever singed was my track Eden’s Calling on ITWT. There is no feeling like it. Along with the final export screen, putting that pen to paper on a contact is one of the best feelings going.

Who would you like to collaborate with and why?

Will Atkinson for sure. Not only is the man in a league of his own & you’d learn a lot, you’d always have a great laugh & probably end up missing for two days with him which isn’t bad either.

Who are your favourite producers and why?

Closing Subculture Belfast to 5000 people in my own backyard. First open to close in my favourite club in the world in Argentina & hosting the last Trance event in Belfast’s former best venue going, Mandela Hall. I am very blessed.

If you could follow in the footsteps of one legendary DJ / Producer, who would it be?

No one. I want to create my own road & legacy.

The trance scene in Ireland is huge and DJs always rave about the crowd over there. What do you think makes it so special?

Just how crazy everyone is. Every drop, break & track people just don’t stop. One of the easiest crowds to play out there. (It’s a good thing)

Do you have a day job and what would you be doing with your life if you weren’t a DJ?

I don’t. I work in music full time. God knows what I’d be doing if not DJing. I basically left school with nothing as I had no interest in doing anything else but a career in music. Thankfully it all worked out.

Very hard to remember specifics here to be honest haha. I woke up in a party after a rave before with almost EVERYTHING in this girls house turned upside down while she was sleeping. Sofa, tvs, pictures, microwave, fridge – you name it. Quite a few people there but it still would have been some effort. She was not amused in the slightest when she surfaced.

Cronic nail biter. Like almost chew them off. Always done it from I was a kid & probably always will. I also swear a lot.

You’ve recently had a gorgeous baby girl, how has that changed your life and how is she getting on as I know she was born prematurely?

Thank you, she is perfect. She is very healthy now & home with us which is great. Not the best of starts for her but we got there in the end. Being a father is the best thing in the world. Only thing I’d trade for being a DJ!

We can’t wait to see you play at Anomaly in November, what does the rest of 2018 hold for you both in regards to DJing and Producing?

I can’t wait either! Just going to keep the studio quality & output consistent & the sets as banging as ever! See you guys in November – take care.

Massive thanks to Shugz for taking the time to speak to me. You can hear him play at Anomaly Presents in November – tickets available to by via a link on our ticket page! 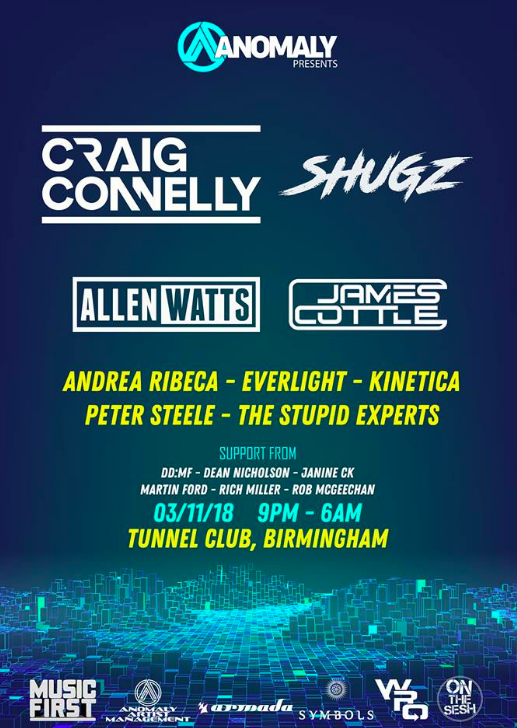