Welcome to On The Sesh, please tell us a bit about yourself, who is Benjamin Leung/Somna?

Hi guys thanks for having me!   Where do I begin… I’m a Canadian born Chinese guy who really loves making music and aside from music (which takes up 90% of my life), I also enjoy playing badminton and really love eating food (probably too much).  I currently reside in Vancouver (Canada) but I’ve spent most of my childhood in Calgary (Canada) and half a decade in the UK. 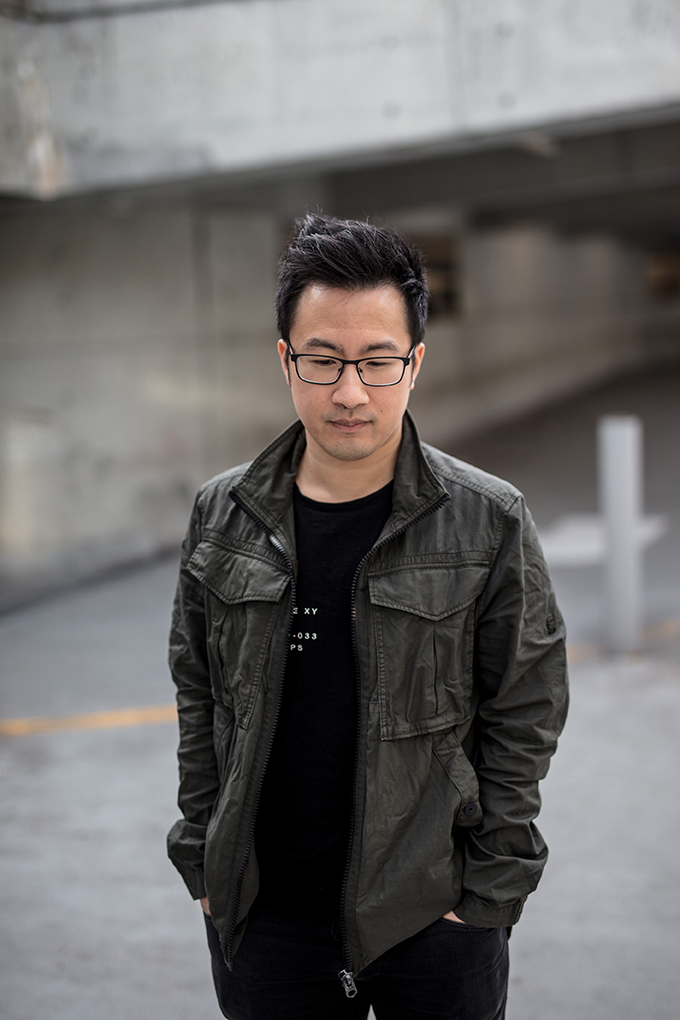 I take influences from all kinds of things I come across but if I had to look at growing up, I’d have to say my childhood days playing Violin probably holds a big part of leading me to where I am now with music.  Along the way I’ve been fortunate to learn and experience many artists that have in some way shaped the way I perform and produce.

I went to my first rave in 2001 and fell in love with dance music.  I remember DJ Sakin was playing and it was a NYE event and rave culture back then was such a happy, carefree time.  I picked up a pair of direct drive turntables (Gemini PT100’s) and a mixer by some brand called Intimidation I think haha that I shared with my good friend Andrew who lived a block away from me and started collecting vinyl.  My first vinyl was “Ian Van Dahl – Castles In The Sky”.  Started making some mix tapes (literally tapes) for fun and I was playing all kinds of music including hardcore.  One of my favourite records was Scott Brown – Elysium.

Anyways I started building connections and eventually I got a chance to play some shows and build up a following in Calgary which eventually transitioned into organizing events as well up until around 2006. From there I started to slowly learn music production and got my first signing under my hard dance “rodi style” alias around 2005 which began my journey as that alias.  Got a few more signings and eventually signed to Tidy Trax which prompted the decision to move to the UK to pursue music as a full time career.  Spent about 5.5 years there before moving back to Canada (Vancouver now) and getting married.  I started the Somna project around 2011 right before I moved back to Canada and am fully immersed in that 100% now with the hard dance stuff taking a bit of a backburner.

It most certainly can be and I still get nervous at big gigs! My first gig was a free illegal bush party in a field near the airport.  You had to call a phone number to get directions.  It went really well though and it was such a fantastic time and vibe.  I still remember it despite it being over 17 years ago. 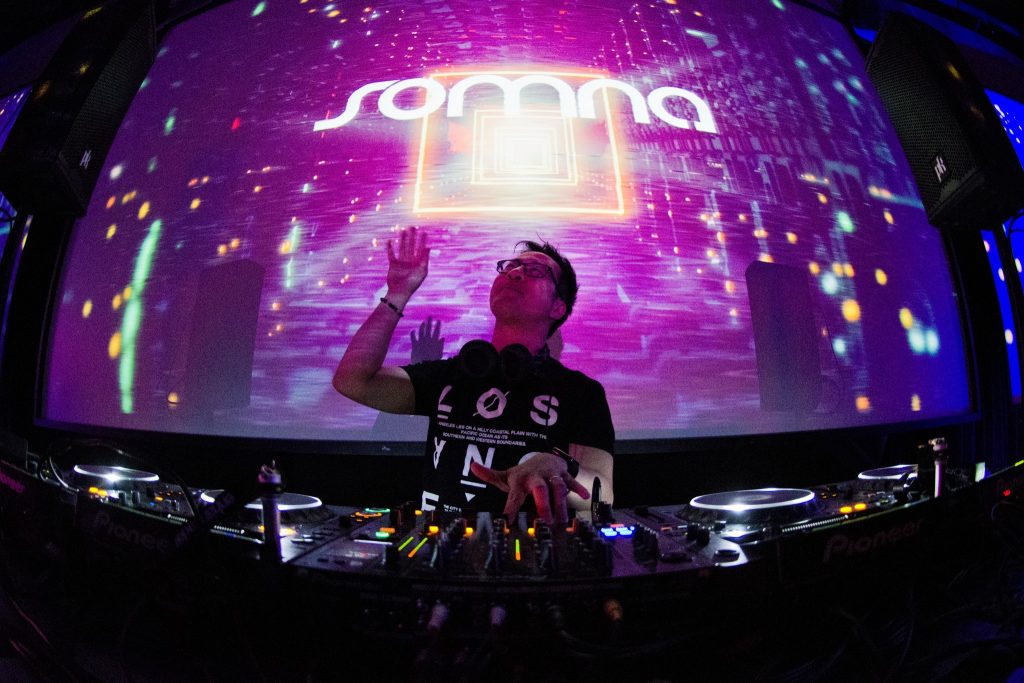 You’ve been in the music industry under various alias and styles for many years now, do you have a favourite format preference Vinyl, CD, Digital and why?

There’s definitely pros and cons to the various formats and while I primarily use USB’s, I enjoyed my time with Traktor when I was using that for my “Rodi Style” sets.  It really allowed me to be creative and customizing midi controllers for my sets was really fun.  I found the keylock in Traktor to sound pretty bad though and the best quality of sound was directly from the CDJ so I eventually went back to a more traditional setup.  My traktor setup with midi controllers was a real pain in the ass to setup as well.

I’ll build a playlist for each gig filled with music I think the crowd will like and balance between playing my “hits” that are expected and testing new unheard material.  Then the occasional classic or “crowd pleasing” track for good measure.  Once that’s in the playlist I’ll sort it by key and kinda create these crossroad sections where I can switch things up if it’s not working.  It does kind of depend on the gig though, nowadays with sets usually only being 1 hour, it forces me to focus primarily on my own productions and doesn’t really allow for too much “journey” building.  I’d love to do longer sets as there is so much fantastic music out there.

One for the studio geeks, talk us through your studio setup?

I use Cubase as my main sequencer and the setup I have a modest setup at home with a treated room with custom built absorption panels. I’ll tell u what, those things are crazy heavy and they’re nailed to my ceiling now as well and I live in constant fear of death from above.  Then I have a pair of Focal Twin’s for my monitors which I absolutely love and random bits and bobs.  I do everything within my daw these days so I don’t have much outboard gear.  I use a Steinberg UR824 as my audio interface and most of the time when I record vocalists, I use the Miktek CV3. 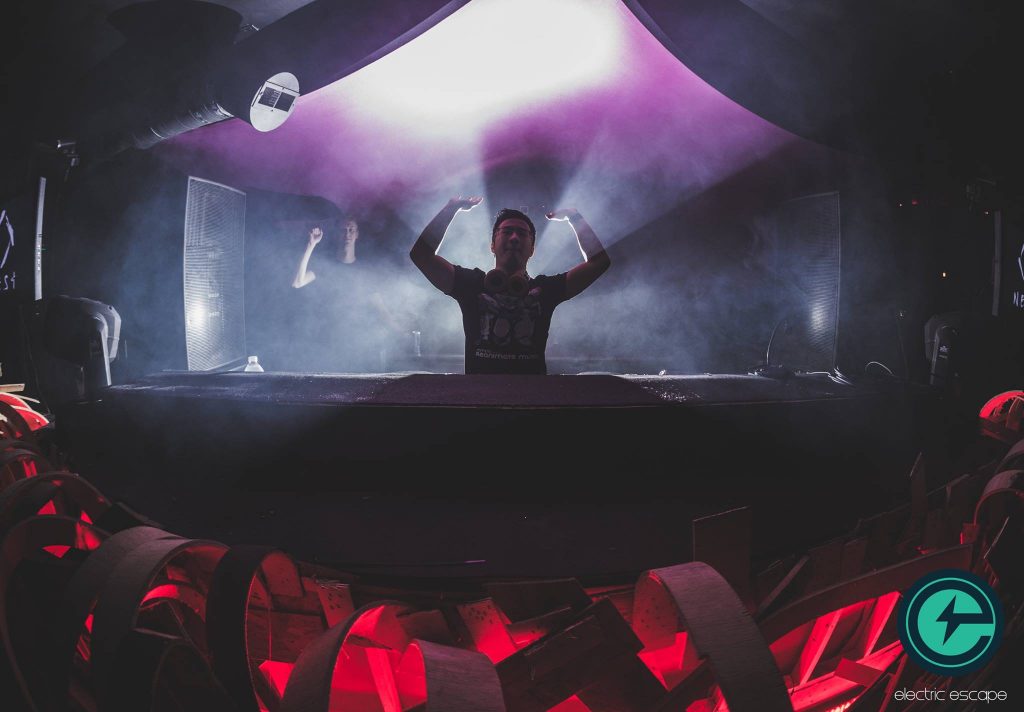 It depends on the project, often times I’ll send a melodic idea (maybe just a piano) to a vocalist to see if it sparks something magical and we go from there.  Or I’ll just sit down and start with a kick and try to make an interesting bassline before writing the track in a more linear fashion.  In some cases I’ll receive a vocal idea as a pitch and write around that. “Secret” for example with HALIENE began in that way.  HALIENE and her team had a polished vocal and piano hook finished already that I heard before I wrote the instrumental / dance bits.\

How would you describe the ‘Somna’ sound?

I think I’ve got a pretty varied sound but I think the constants that I aim for usually involve some kind of “big” bass line and melodies with emotions.  I love working with vocalists especially, possibly because I do enjoy cheesy emotional lyrics and love being able to tell stories with music and lyrics.  Working with vocalists allows me to do that because they bring to the table skills that I don’t possess.  I’m referring mainly to lyric writing because I am absolutely crap at stuff like that.

I think it would have to be my collaboration with HALIENE. Working with her was a dream come true and I loved how involved and passionate her and her husband Matthew are with their work.  I learned a lot from the experience as well.  It’s also 1 of 2 tracks that I’ve done with full on music videos as well as live performances with her so it felt like an incredibly complete release.

That’s a tough one, I prefer to work solo on the production side of things but I love collaborating with vocalists. 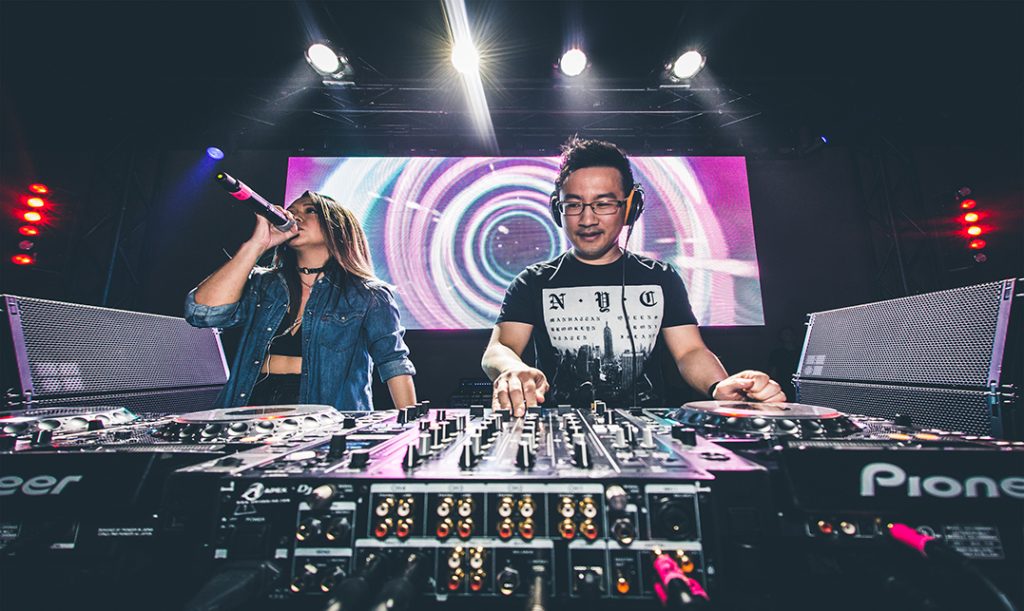 Do you have a bucket list of artists you would like to collab with, and who are they?

I’ve been working so hard on my debut artist album. I’ve been 70% done for awhile but every time I inch  towards the 100% finishing mark, I receive a new vocal or I end up writing another track for my album and I’m right back down to 70% finished.  However I am now only 2 songs away from being complete!  I have to trim some of it though as I have 21 tracks finished for it which is on the overkill side of things.

On the singles side of things, I just released a new single with Melina Borglowe on AVA called “Collide” and a remix for Markus Schulz & Soundland that just came out on Coldharbour Recordings. In October I’ve done a remix for Mully & Shvman ft. M3GA and a 2019 update of “Till Oblivion” with Yang and Noire Lee on Raz Nitzan Music 🙂

And then the first single from my upcoming album comes out end of November!

I know you recently ticked off a bucket list gig off playing at Dreamstate, what other gigs have you got lined up for 2019?

I’ll be making my debut at Dreamstate SoCal (Los Angeles) November and some other unannounced dates that I’ll be shouting about soon.

Oh absolutely!  I would love to play the A State Of Trance Festival or Tomorrowland. Those would be a dream. 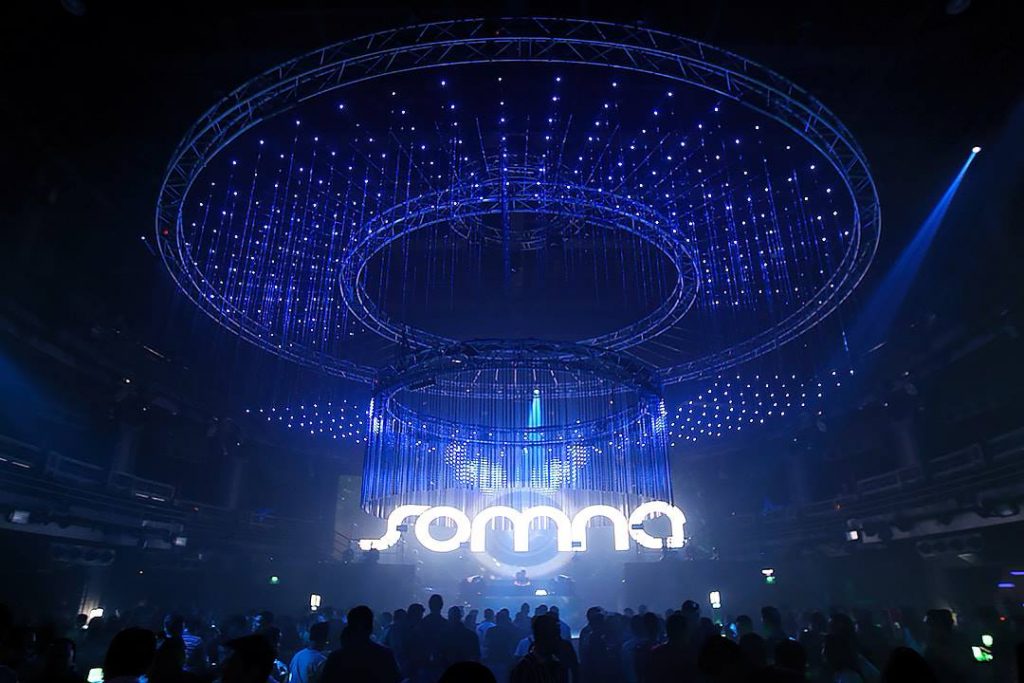 What is your current track of the moment in your box?

There’s an ID track from Sheridan Grout & Mark Bester that is absolutely massive that is my tune of the moment.  I’ve been hammering it at every show.

If you could hand pick a dream line-up to play on, who would be on it?

That would be so tough to choose.  As far as playing, any of the ASOT lineups would make me weep to play on haha.  However if I was to go as a clubber and listen to my dream lineup… it would be something like this

There isn’t one artist I’d prefer to b2b with (open to suggestions!) but I would absolutely love to collaborate a performance with live performers like a drummer, pianist, vocalists, string section etc.

Yourself & Andy Moor are the brains behind the AVA Recordings imprint that is celebrating 300 releases in December. How did that all come about?

It all happened really fast to be honest.  About 6 years ago Andy came to Vancouver and at that point I had released a track on AVA and had expressed my interest in joining AVA in a minor role just to help out and get my foot in the door.  He ended bringing me on board as his partner and I’ve been running the label with Andy ever since!

AVA has now expanding into various sub label with AVA White, and AVA Chill. You guys are really covering all bases now with AVA, do you have any future plans/releases in the pipeline that we should keep an ear out for in 2019?

Our 300th release on AVA is coming up very soon and Andy and I are working on it right now.  I hope you’ll all like it!  Aside from that, hopefully more AVA Night shows and great releases on all 3 of our labels with an upwards growth!

Ok time for a few fun questions…
If you weren’t a DJ, what would your dream job be?

The producer in me would instantly want Prism Sound Atlas Audio interface 🙂
However something more practical would be perhaps to pay off my mortgage haha!

A movie is mad about your life; which actor would you pick to play you?

Ken Jeong from “The Hangover”

What bad habits have you got?

How does Somna recover after a night out?