Let’s start of with something simple… can you introduce yourselves?

Hi, thanks for having us on ONTHESESH.COM

My name is Matthi, I live in Hamburg,Germany and my hobbies are riding my Bicycle, swiming and spending time with my lovely wife and my baby daughter.

I’m Henry, i live in Goerlitz,Germany and i like cooking and spending time with my little daughter.

Can you tell us a little about your own individual journey’s into DJ’ing and how  that lead to your double act … And what’s the story behind your name, Stoneface & Terminal?

We met at school, second grade, in 1984. We organised school parties and played music from Cassette and later from CD. The more parties we threw, the more we recognised that we want to do more in music. After finishing school, Matthi began to DJ with vinyl in clubs in our hometown of Goerlitz at the age of 16.

Henry moved to another town to do an apprenticeship and began to make music on a Amiga 500 and a simple tracker program. In 1998 Henry came back to our hometown and we started do produce CD’s under the name of ‘Terminal’ and sold them at DJ gigs Matthi played at. He became a resident DJ in a big club and so we had the chance to test our music, three friends were involved too but they left after a while, so we ended up as a duo. We thought that we needed an alias for Matthi as Henry kept ‘Terminal’. We came up with the idea to call him ‘Stoneface’ as he always looked very concentrated behind the decks, like a Stone Face. 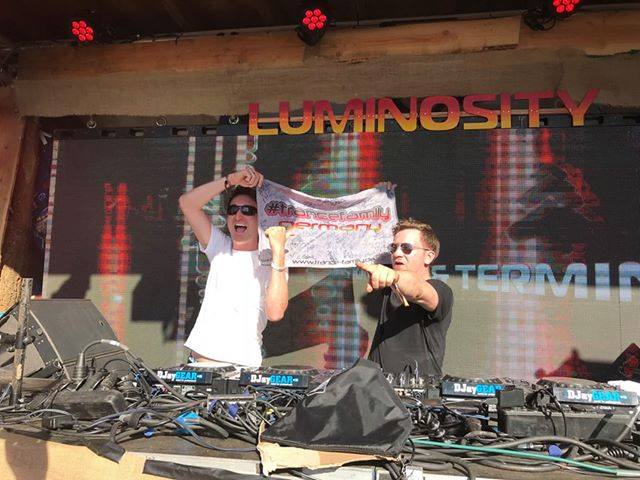 You guys have been part of the dance scene since forever, how do think the whole trance scene looks now in comparison to it’s perceived glory days in the late nineties/early 00’s?

We don’t see THE Trance scene which has one significant sound every trancer listens to. It’s split into many sub genres and groups. That’s difference to the 90’s when it all began with tracks that had a length of 10 minutes played by DJ’s at parties where people came to dance to the music, not to take selfies all the time during light shows that leave the music in the second row. Nowadays people are pushed to share their lives on social media, they don’t enjoy the music, dance and leave the world behind. Many DJ’s will be booked because they are doing well on their social media and not because they are producing outstanding music. But it is what it is and we try to make the best of it.

The gear used to play out these days is a lot different, how have you found moving from the vinyl era into the CDJ set ups.. and which do you actually prefer?

We played vinyl until clubs began to use CDJ’s instead of turntables. We arrived at a club with our big bags filled with vinyls but they only had CDJ’s, so we learned it the hard way ! Even the CD era is over. We switched to USB.
We still prefer vinyl sound wise but in the end we are more flexible with USB as we can easily test new stuff and we don’t have to carry those heavy vinyl bags anymore. Nevertheless, we miss vinyl sometimes as we had something in our hands and we literally touched the music. 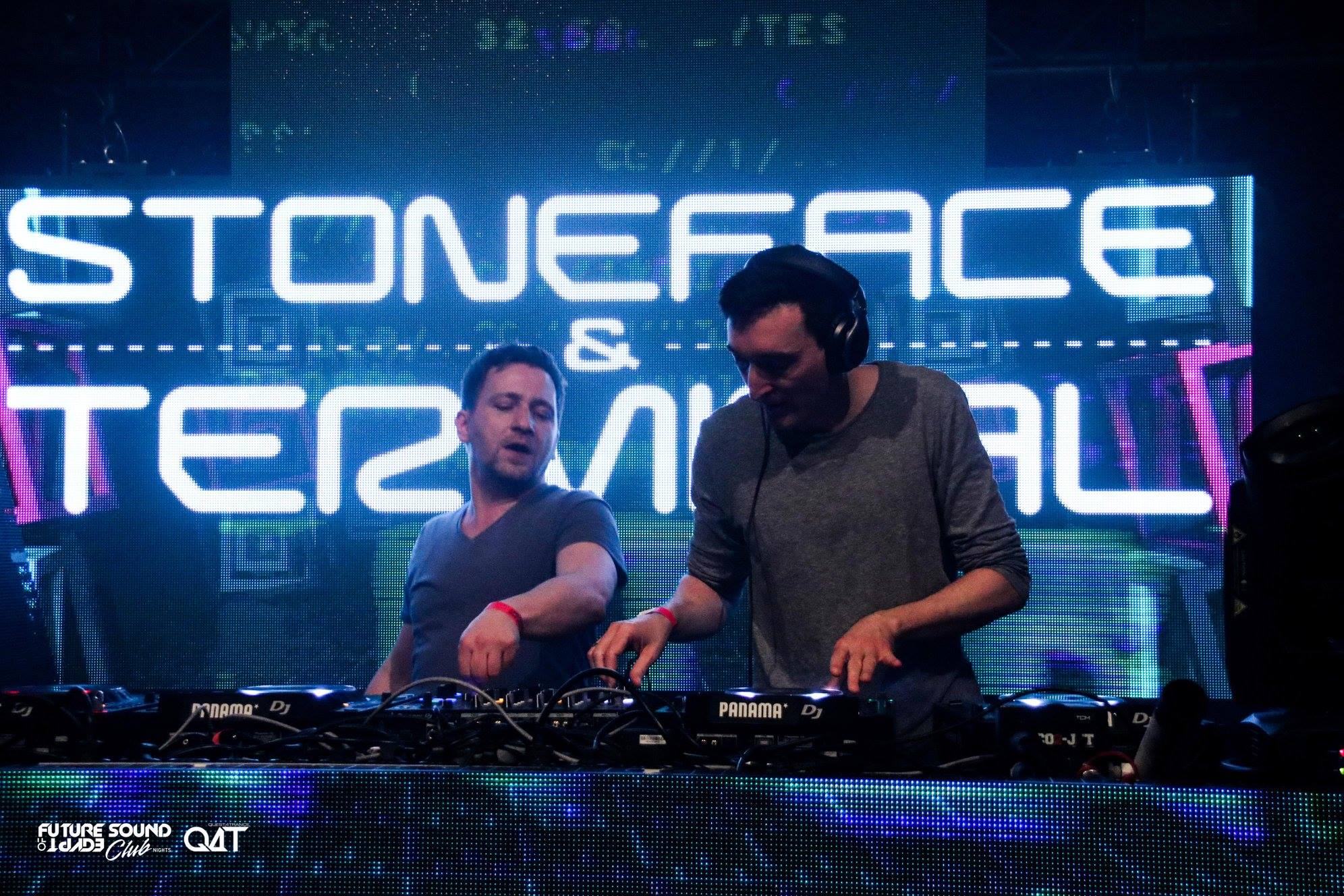 You’ve been on some of the biggest lineups, the biggest venues and biggest events in the world..  what’s been your favourite event to date… if you REALLY  had to pick one, and why?

Henry: Tomorrowland 2018. We took the chance to walk around before our gig and I’ve never seen so many people sharing their love for music, and the organisation of the event is just wow.

Matthi: As Henry says, Tomorrowland but Luminosity Beach Festival is also a cool event that we like.

Speaking of big lineups, you’ve recently been confirmed for ASOT900, how does it feel to be asked to play such huge event watched worldwide ?

This is really exciting for us as we will be playing as ‘Stoneface & Terminal pres. Gundamea’ which is our project for deeper and Techno sounds. We already played ASOT 550 which was amazing too, and now ASOT 900, time flies. 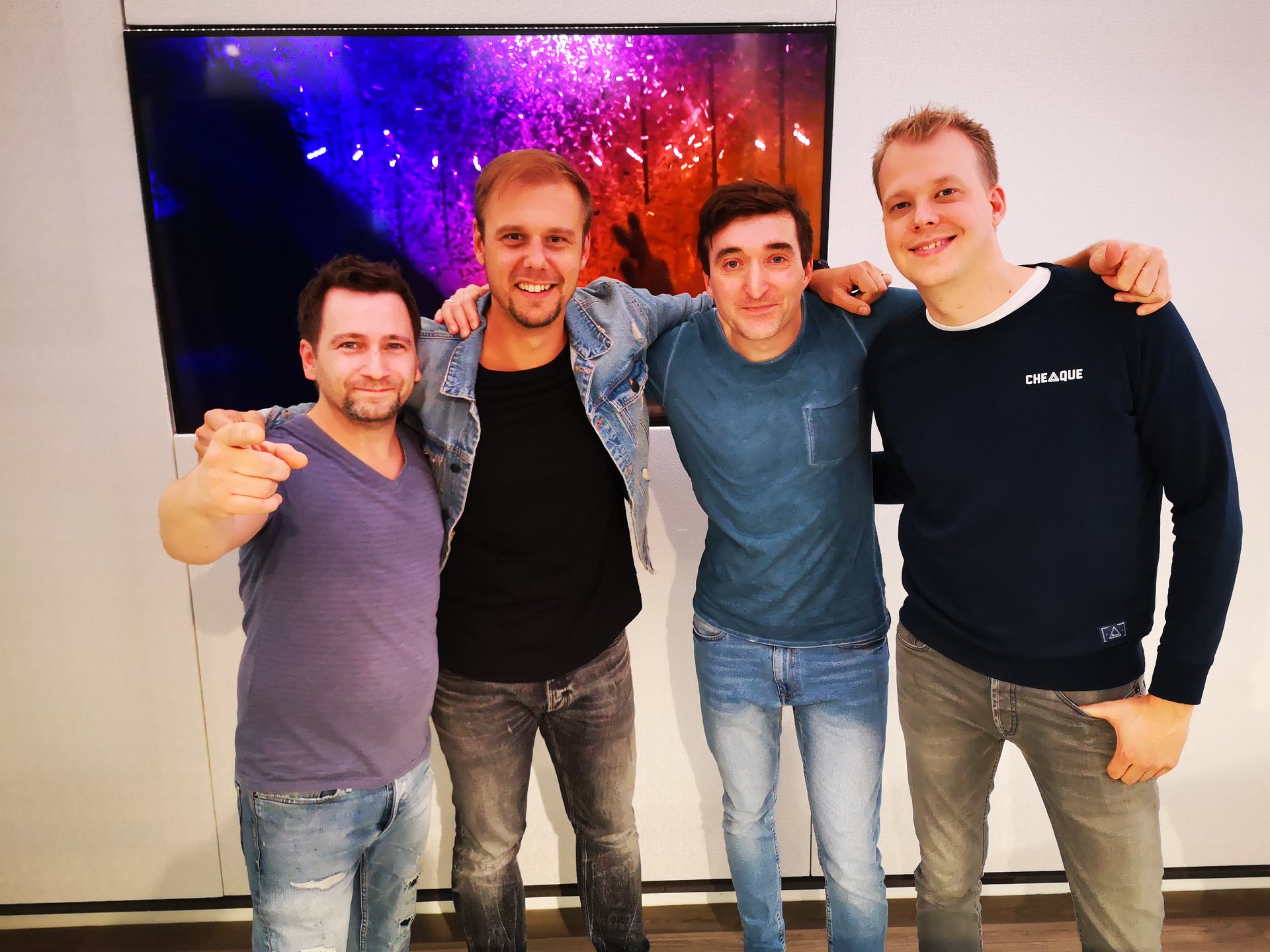 On the subject of ASOT, you’ve a remix of an Armin Van Buuren track being released on Friday 30th November.. huge! Tell us about the track and how it came to be !

This is amazing as we had the idea to make a remix of ‘Be In The Moment’ in our style while we were working on new ideas. We did the remix and sent it to Armin and Armada, asking if they’d be interested in releasing it. They really loved it and after we premiered it live in ASOT 890, we have the release on Friday.

You guys are huge players on the production side of things too with releases on massive labels, notably FSOE, FSOE Clandestine, VII and Skullduggery… that’s a whole range of different sounds .. tell us about the Stoneface and Terminal process , do you have a formula that you like to use when making tracks or just go with the flow?

We talk a lot about music and ideas. Sometimes we just play around with melodies or bass lines or drums.

Sometimes we have a vision of a track that we want to do before we even start. It’s not the same procedure every time, it depends on our mood if an idea leads into a Techno- or a melodic Trance track. When we do deeper, trancier, melodic tracks, we just go with the flow and mostly end up with a 10 minutes “Space Odyssey”. Btw, the label Clandestine is our own imprint on FSOE 😉 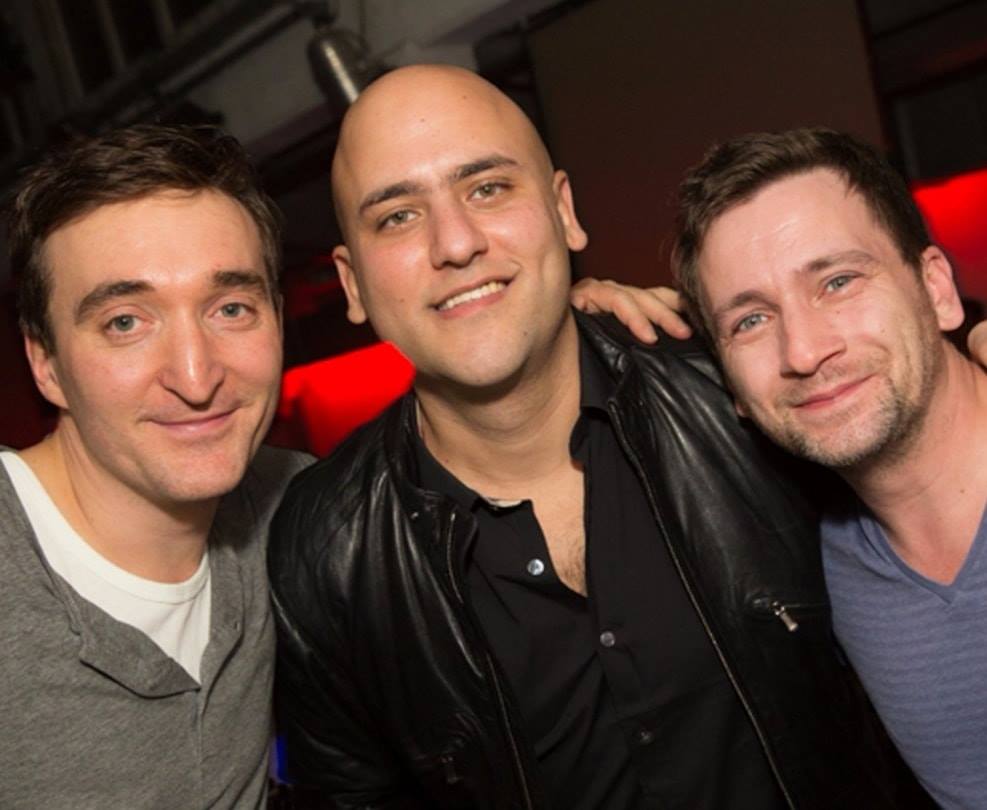 Although your tracks are obviously all different, would you say you have a signature sound of style to your productions?

You can always hear that it’s a Stoneface & Terminal production. Whether it’s Trance or Techno or something between. We don’t know exactly why but every track has our signature. Maybe because we don’t try to adapt a production style from others or using templates.
If we start a new track, we always want to develop our music to keep it interesting and to show what we like. It’s not easy in a ‘Copy & Paste’ generation but we love to be different 🙂

For the geeks amongst us , what are your favoured pieces of software and hardware for producing tracks right now?

On the hardware side we love TB 303 and Korg Prophecy. Their sounds are still fresh and different. On the software side we still love our Albino 3 synth as you can program basses, plugs or pads and it still sounds different to most of the vsts that are out at the moment. 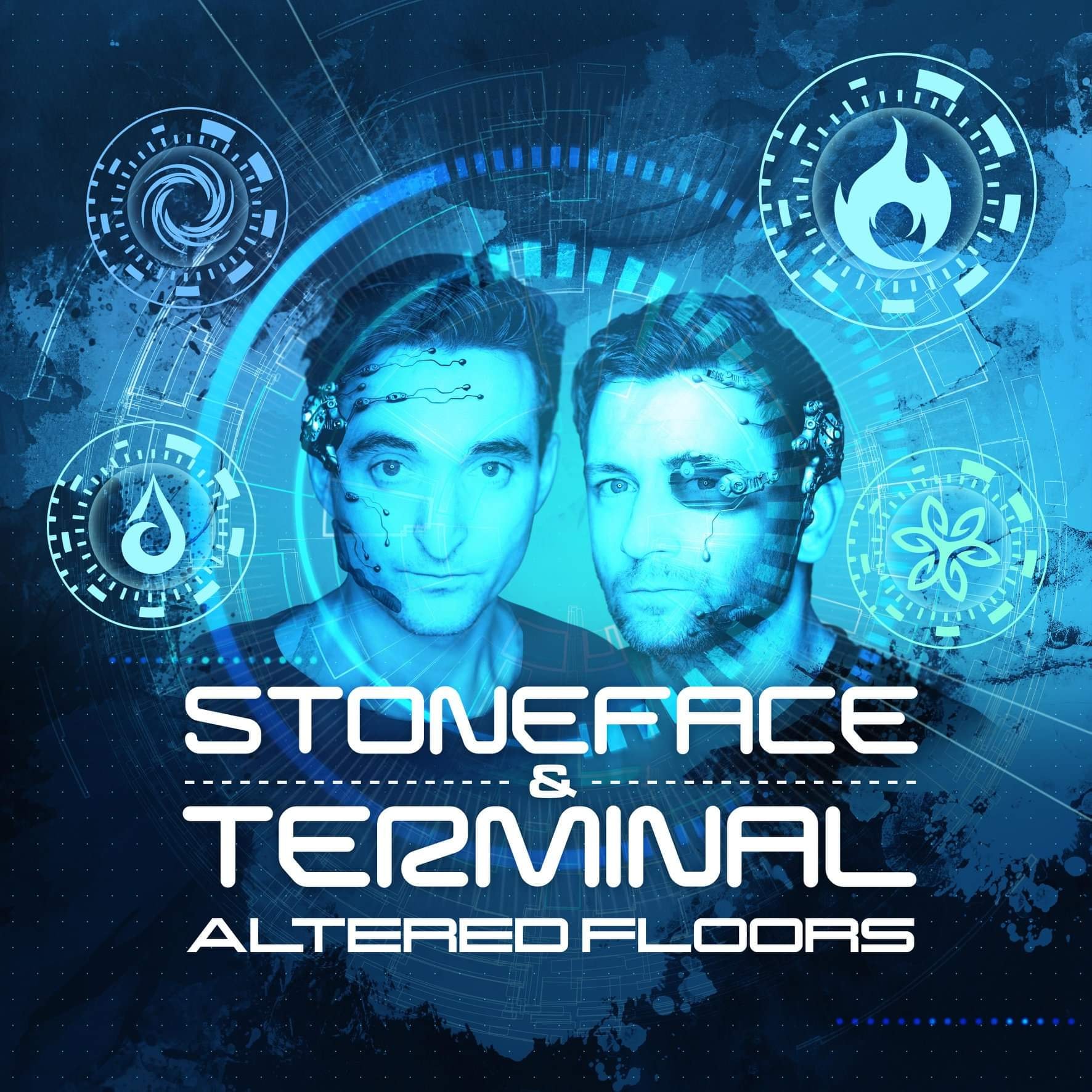 You recently released your newest artist album “Altered Floors” on November 16th..  your 3rd if we aren’t mistaken?
Can you tell us a little about the making of it, are there any stories behind any of the tracks etc?

We started with the album one year ago by doing brainstorming sessions and figured out where we want to go with the album. After we had a rough concept, we produced track after track in different styles from deep to trance to techno to songs that we cannot put into a genre. We also wanted to do some tracks using samples from big names of the past but the label couldn’t clear them, so we re-arranged the tracks. We worked with singers like Susie Ledge (who we met on Twitter), Andy Ruddy and Ava Kay and we did a collab with Roger Shah. The whole process with the singers and Roger was really, really relaxed. No complaining or pushing, only making music and having fun. FSOE (the label) gave us free hand sound wise, which was very helpful.

Your music gets support from all the biggest and best acts in the world, and you of course use your own tracks in your sets too. How does it feel to be stood in front of all those people and see the reaction to something you created?

It’s always exciting to play our tracks and to see the reaction by the crowd. We often get Goosebumps when they know the lyrics of our tracks or go crazy when the beat drops. We are really happy that all the hard work pays off if we see happy people in front of us to music that we love to produce. It couldn’t be better. 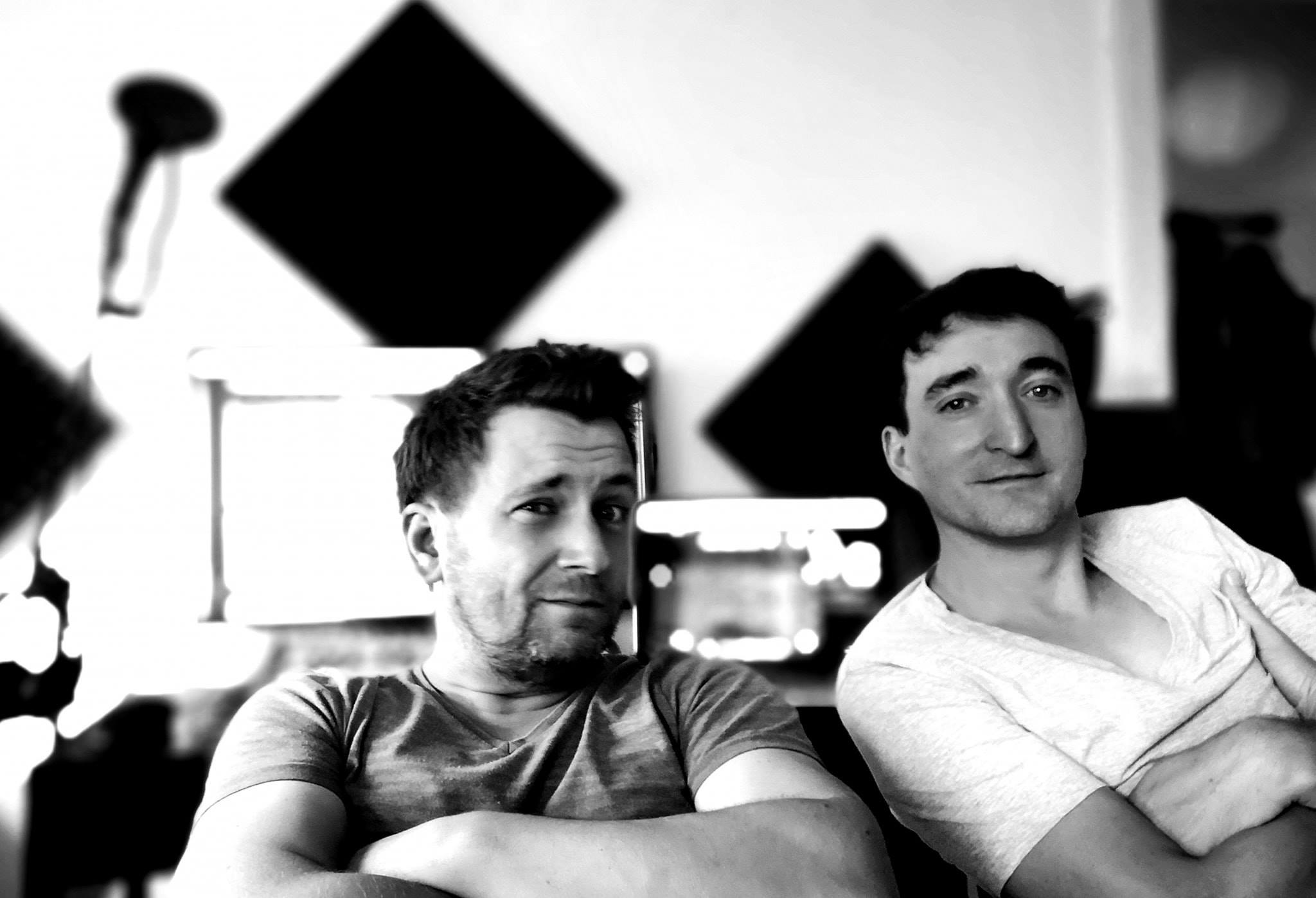 You of course aren’t the only guys pumping out great tracks at the moment, who for you at the minute is killing it?

Boris Brejcha has an amazing output and shows that Techno can be melodic.

Difficult one, but one we always ask…. Your favourite tracks EVER?

We always like to end our chats with a random, so here goes.. Imagine you’re both holding a dinner party, you can invite 4 guests (2 each)  past or present, living or dead… who would they be? 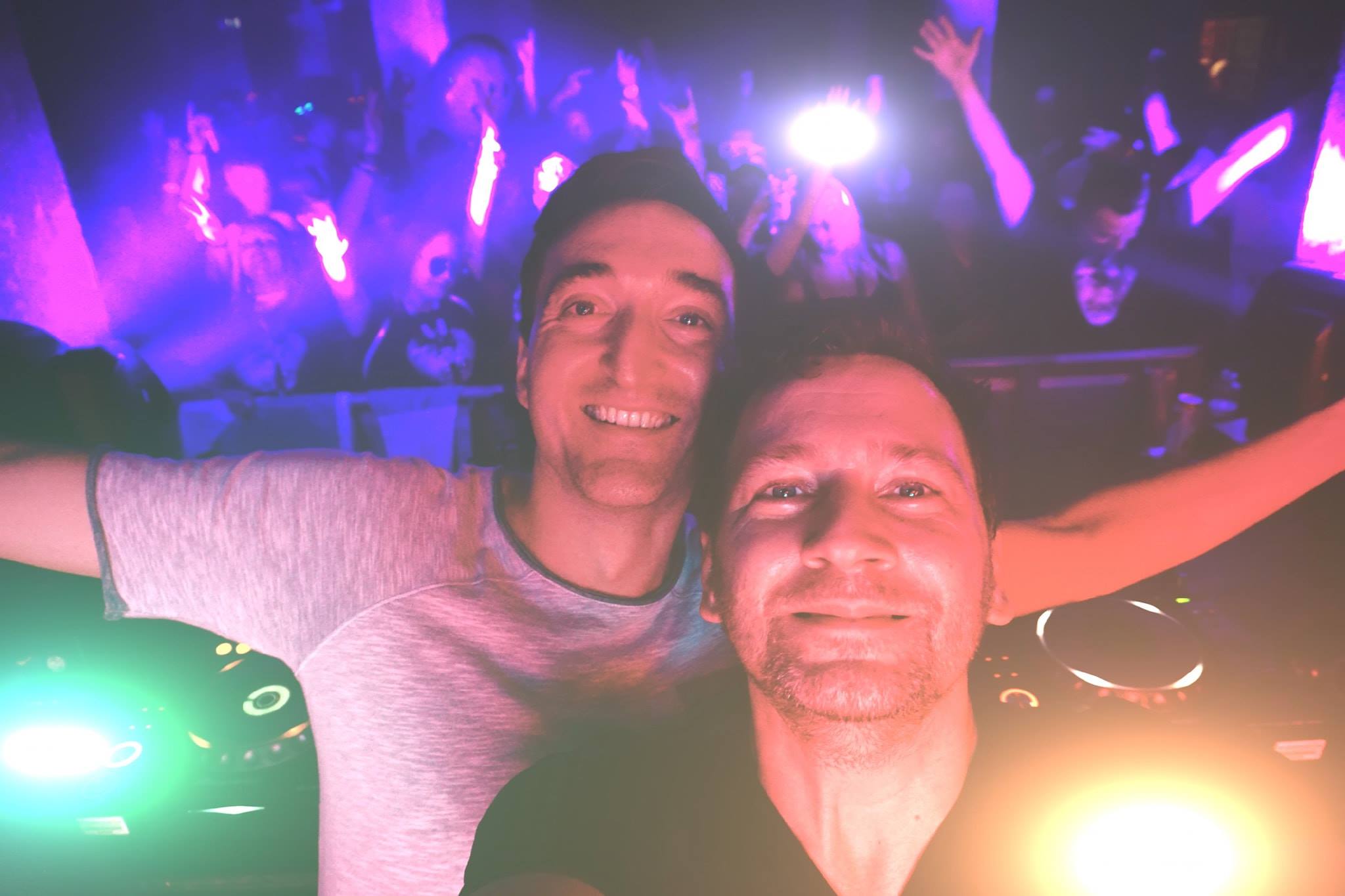 Do you guys have anything else you want to add?

Thanks everyone for the amazing feedback and support on our ‘Altered Floors’ album and our whole work! Be prepared for more music between Trance & Techno from our side. We can’t wait to see you all around the globe at our DJ gigs. And thanks for having us here On The Sesh! Love y’all!