Unless you’ve been living in a cave for the past few years, you’ll have noticed the name Doug Drelincourt appearing on the event posters of some of the most iconic promotions in the country including Gatecrasher, Anomaly, RONG, Dreamstate and of course WeAreYou, the promotion for which Doug is resident DJ and co-promotes with fiance Sarah. 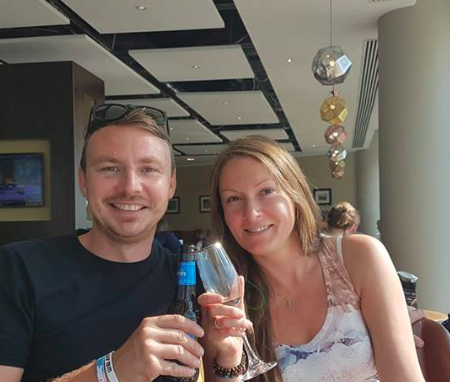 We’ve had a chat with the trance power couple about DJ’ing and WeAreYou !

OTS: Doug, we’ve been seeing your name everywhere recently … all the huge trance nights that we know and love.. Gatecrasher in Liverpool, RONG, Anomaly, Dreamstate UK and of course WeAreYou … what do you believe separates you from the other aspiring DJ’s ?

DD: I’m not sure what separates me from anyone else, you may have to ask them. But I know that working with Sarah on WeAreYou has been a massive stepping stone for my individual career. It also helps with having some knowledge from starting djing back in 1999 ( with a 7 year break in between) but things have changed massively since those days especially with Social Media so having to adapt to this is a massive part of moving forward in doing something that I absolutely love. Also I know I’ve not changed my style in how I play since the early days only the tunes have changed.

OTS: Sweet, so who or what inspired you to pursue DJ’ing in the first place ?

DD: Well to be honest the person who had a massive impact on me starting to dj was a good friend of mine, I used to watch him mix in his bedroom before I even went to my first major club, his technical ability and track selection would put most high level djs to shame and it’s a shame he decided to give it up. Also with me starting to go clubbing it’s just something I knew I needed to do.

OTS: So very close to home in that respect! A lot of DJ’s have come and gone since 1999.. who do you regard as the best DJ at the this current point in time, and why ?

DD: This is tough to pick an individual because currently there are so many amazing artists out there, especially for the sound I love, but if I had to pick then I would throw the award to either Simon Patterson or John Askew. Mainly because their ability to integrate multiple different styles into one set and make it sound seamless. With them there isn’t a rule book on styles, bpms or what you should or shouldn’t be playing, if they can mix it they will and they do it in a way that keeps you dancing and wanting more, that’s what djing is all about. Too many people now try and throw the “you can’t do this” trance rule book at you and it’s complete bollocks in my opinion.

OTS: Good shout! So who do you regard as the the best producer at this point in time and why ?

DD: This is a hard one and I have two in mind. I’ve chosen these two based on the individuality of their productions and how they fit within my sets. The two I’ve gone with are Simon Patterson, Greg Downey. I just think their tracks are a different class and the individual thought that goes into them outshines anything else out there. You can pick them out from the first second you hear them, they don’t sound like anything else. There was another two that almost made the choice & that was Sean Tyas & Alex Di Stefano so they can sit in third and fourth.

OTS: Again, great choices.. I’m pretty sure we all raved to all of those guys at Lumi together actually !
OK, moving on a little, You have your own club night, possibly one of the fastest growing brands in trance around the UK.. what do you and Sarah put that down to?

SC: It’s been a long learning curve for us. Two years ago we had our first ever night in Chester with Will Atkinson. Since then the events have progressed a lot but not much has changed in our thinking. From the beginning to now we book who we would love to see, to meet and to rave to. We like the harder sound of trance and with the progression of the nights I think that’s reflected. We host our events with love and passion and just hope that everyone who comes feels that too.

OTS: Great answer, so you’ve had a fair few events in two years, what do you believe has been your most successful night and why?

SC: Our April 21st event of this year. We had a long break since the birthday last year and it we great to be back with what we thought was a stellar line up. We saw a lot of new faces and the photos say it all, it was epic from start to finish! **The line up was Greg Downey, Alex Di Stefano, Will Rees, Doug and JD Love**

OTS: In your own opinion, what separates WeAreYou from the other promotions in the UK ?

SC: The trance family. It really is the people who come to the events that make it. Seeing everyone enjoying our night is the best feeling ever. Our ever growing #teamweareyou reflects that we are growing as a brand and are here to stay.

OTS: And what set’s you two as promoters apart from all the other’s giving it a shot at the minute ?

SC: Our name comes from the fact that we are the same as you, we are ravers. We are WeAreYou and we are also still going to different events around the country and Europe getting our stomp on. We love it! We all stand out from the crowd as together this is one very special trance family.

OTS: If you had to pick one track right now to describe WeAreYou, what would it be?

SC: Alex Di Stefano The Sin. We love the toughness of this track. It’s the epitome of WeAreYou, it’s tough, driving, makes you want to dance and totally full of emotion.

OTS: What a track!! Finally what have you got in the pipeline ?

SC: A lot of our ideas come from when we go to different events and see different artists and the crowd reactions. Although we know what we like so we try and stick to what feels right for us as ravers and also for our brand. We had the psy night in June so I think you can expect another similar night to come perhaps this time with an exciting twist! 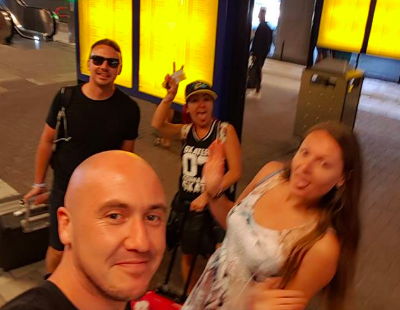 WeAreYou is next at the Art Club in Liverpool on August 18th with a packed lineup for it’s second birthday which includes Will Atkinson, Jase Thirlwall and loads more. Tickets are available on Skiddle

We are running a competition to win tickets for this event on our Facebook page! Head over there now!!!