Right today we have a Wolverhampton based DJ & Producer & all round nice lad, Ben Price, I first met this lad playing out at Starwork’s Warehouse in Wolverhampton from there, I’ve seen this kid grow into the Acid house infused sound his now known for, Holding down a residency @The Acid Experiment and firing on all cylinders with his producing skills. We at ON THE SESH get the answers!

Q1, OTS: – Hey Ben, How are you…? I’m going right in here what happened to the Lock up sessions? Will it ever grace our radios or Facebook live feeds again?

2 words, absolutely fantastic! ahh right, The Lock Up Sessions, where do i start? First and foremost i wanna give a shout to the 2 other lads who helped it grow as a brand and also individually as artists, Jord Goode & Dan Joy! I’m sorry to say for there’s no juicy bits, the radio station we were playing under unfortunately closed down! We were all gutted and tried different routes to be able to keep the show going but unfortunately they just did not work out. It’s a sort of never say never situation because it would always be a pleasure to get that ball rolling again! I wouldn’t be where i am today if it  wasn’t for that show and the colourful characters you meet again the way! From promoters to just simply friends for life its been a journey. 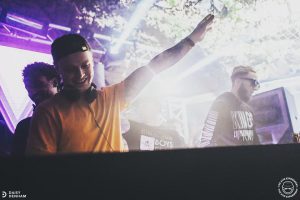 Q2, OTS: – It’s well known to people that you are a great producer and use to regularly sent stuff into BBC introducing Radio show which lead to an interview with them? How did that feel and how has it progressed your career in terms of gigs and signing of your tracks?

It all started pretty much as something i wanted to achieve within a short space of time, I set myself a goal to get a certain amount of tracks featured by the end of 2017. Within this time i also wanted to secure the interview but that came in the early period of 2018! Walking into the BBC studios and being handed a pass  was just in itself mind-blowing. I’ll put it like this, i make music in my bedroom. If i attend a rave, i’m that guy that comes home and immediately works on beats because my brain is flying with ideas. Personally i think my best songs have been wrote in the early hours! Progression wise in my career, it has sort of labelled me as the lad who gets a decent amount of plays on the radio! The BBC is a huge deal to me and i appreciate everybody seeing it within the same light. Its pushed me to become a better producer by knowing the bar i have set for myself and any old thing just won’t do anymore! I’ve had a couple of tracks signed to some real good labels in which i’m very proud of! Unfortunately I can’t give any names as they are upcoming! So be sure to look out for some acid groovy goodness!

Q3, OTS: – With Acid house being the forefront of your music what DJ influenced the sound for you ?

It’s sort of group of DJ’s who hold down that old school acid sound but if i had to narrow it down to just one Would 100% be Mark Archer, i found myself one night just watching his boiler room, i mean the work he has done not only with Altern8 but his other projects too is unbelievable! It was only shortly after that i found i was gonna be warming up for him at ‘The Acid Experiment’ and since then he’s become a friend within the scene, not only a brilliant DJ, producer, but overall a great guy who is always there to offer me advice and his catalogue of knowledge.

Q4, OTS:- With you holding down an residency down at The Acid Experiment how important is it for more brands to give Up & Coming DJs who dare to be different a chance ? 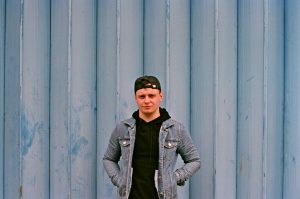 The thing is everybody has to start somewhere. You have got to give the new up and coming a chance, I can hand of my heart say that the amount of talent in the Midlands right now is phenomenal! I’ve been very lucky to of achieved so much in such a small space of time. I have got to say, i see lads now who haven’t got no experience in a club absolutely smash a mixtape. Its all about waiting for your break and pushing the boundaries in trying to be different. Birmingham it itself is predominantly house music, so push that as far as you possibly can! It has to work both sides, promoters inboxes are gonna be full of new mixes so just be different in your approach and attend events, show support and network with everybody. 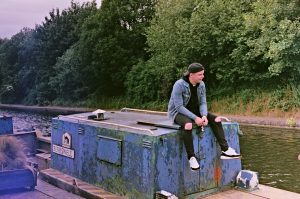 My first real gig was at a friends 18th birthday party! I played dubstep for literally about half an hour and had to stop because a fight kicked off! The night was mental but i learnt a lot from it, especially how to read the crowd. its a laugh looking back at that now

A lot of it comes from growing up as a kid being constantly surrounded by music, if it wasn’t my mom blasting new romantic 80’s bangers, it was my dad playing ska, reggae grooves. My oldest brother had a pair of vinyl decks I was around 10/11 and he would play them from as early as 8 o’clock some mornings and I would be woken up by some mad speed garage tune or some house banger. So naturally I was intrigued and when I got my first job the first thing I brought was a pair of decks. Since then I’ve never looked back and have just been constantly improving my setup and do still have the odd jam with my older brother!

Q7, OTS:-  If you could be reborn would you be reborn into the Acid era or another time that is musically significant to you?

Easy, would of course be 88/89. The shear brilliance of the acid sound just grabbed me as soon as i heard it! Everything from the breakbeat, to the bass and finally the beastly 303! Get me a time machine and you’ll find me on The Hacienda dance floor. 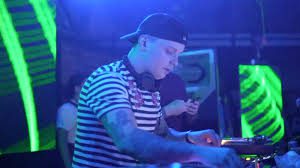 Q8, OTS:- What are you other favourite genres apart from Acid house ?

I’m into a lot of older music, i don’t really keep up to date with chart music. I love the 50’s right through to the 90’s My evenings are spent scouring Youtube/Discogs for older tracks! I’m also into reggae, punk, Ska, drum and bass! I indulge into abit of Rap every now and again too!

To just keep growing as an artist, to essentially master my craft and be able to share my music with as many people as I possibly can. Think my number 1 goal is to have a track featured on Beatport and just to keep having fun with it. I like to out do myself each year and see how far i can really take it!