The Screeching Group of Girls

This is a large gaggle of ropey looking girls who up until two years ago, thought that clubbing was dancing to Cascada in a Yates’ Wine Lodge whilst getting slaughtered on sambuca and Bacardi Breezers and then being fingerblasted in the kebab shop. Then one of them suggested a night out in a superclub and they’ve been ‘proper clubbing’ ever since.

Although they now see themselves as seasoned clubbers, they still dress as if they are off to themed ‘fun pub’, they still sink a copious amount of alcopops and will shriek things like “Ere Shaz, I think that lad wants to shag you babes” across the dancefloor or smoking area, in reference to any male in the near vicinity. 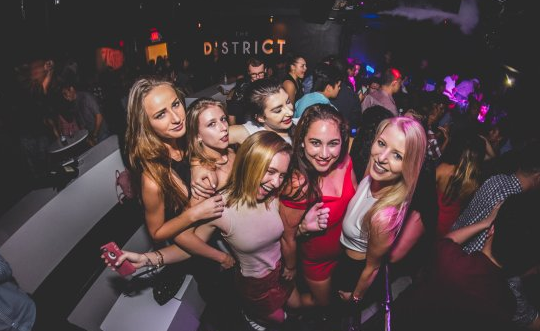 This specimen is normally of the male variety and can found on the edge of the dancefloor, either nodding his head or tapping his foot to the music. 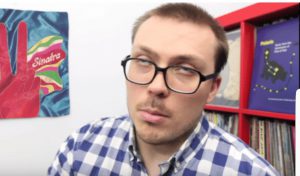 He looms out of the darkness in the smoking area and then proceeds to talk to you, his breath is a pungent mix of Red Stripe and cigarettes. It honks but you cannot say anything, even though his death breath is slowly melting your face. The worst thing about this chap is that once he has latched on to you, he will never leave you alone. 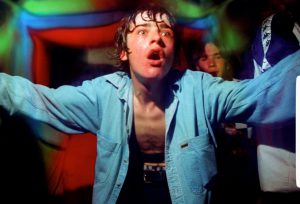 She is always a munter who is desperate for any DJ to make her a ‘lady of leisure, rather than having to complete her NVQ in hair and beauty at a local college.

She will always be located right in front of the DJ booth, gyrating in what she believes is in a provocative way. The reality is that her dancing makes her look like a lava lamp.

When her chosen prey (sorry, DJ) finishes his set, she will literally kick others out of her way, so she can rub her body against his leg. 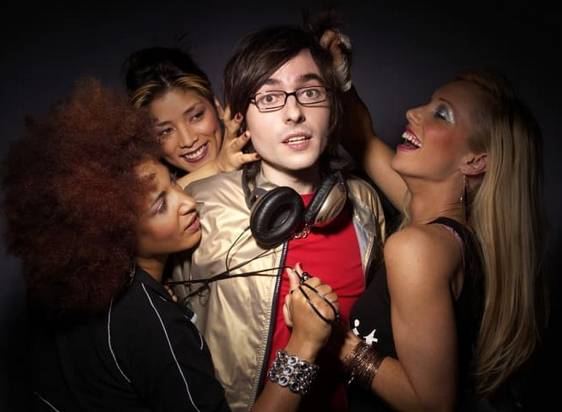 Many moons ago, the Crasher kids were born with their unique appearance, and this phenomenon quickly spread to other clubs around the globe. Then clubbing moved on and we all grew up.

Back then we were all in our late teens/earlier twenties, so could just about get away with it. But with the resurgence of trance and the superclubs of old returning, as are the cyber kids, although now they are parents with mortgages.

Now we have insurance brokers stepping out at the weekend in furry boots and inflatable t-shirts, their faces awash with day-glow paint. They come armed with an array of children’s toys, which they have borrowed from their own kids.

There is something slightly concerning about going clubbing and being confronted by a 42-year-old man with middle aged spread, that has been strategically squeezed into a Pokemon cycling top talking to you about stocks, shares and his healthcare plan, whilst gurning. 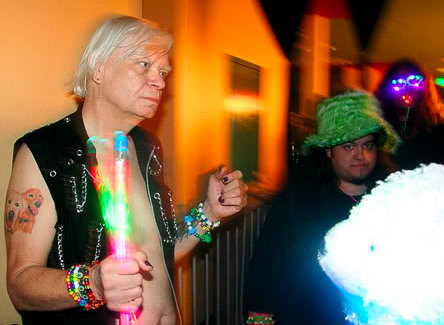 Here is the peacock of the club scene, someone who must display his wares to attract a mate, by removing his top and then sweating profusely.

Nurtured entirely on a diet of protein shakes and anabolic steroids, he uses his sweaty torso to engage in conversation with slaggy looking women.

Once he has snared his new mate, he will ply her with heavily cut cocaine to soften the blow of him several hours later trying to have intercourse with her using his acorn-esque penis. 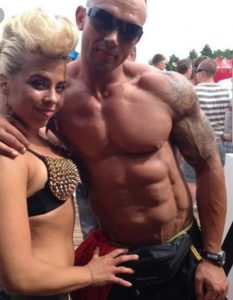 The ‘On The Sesh’ Team

I couldn’t compile a list of annoying club goers without including my so called ‘esteemed colleagues’. Running about clubs up and down the country and rambling to anyone who’ll listen to them about which DJ should be the next member of VII.

Dressed in their uniform; if you have never seen one in real life, think 90’s Irish girl band B*Witched, but replace the denim for a black Fruit of the Loom t-shirt with On The Sesh printed on it.

Although the On The Sesh team see themselves at the forefront of the clubbing scene, the seven members have a combined age of 873.

If you didn’t hate them already, then you will when you learn that these guys never pay for drinks or other stimulants and they never ever pay to get into clubs. And the Pingu sized Liz Wigley uses her M-reg Nissan Micra to run over and maim woodland creatures. 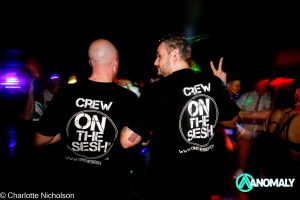