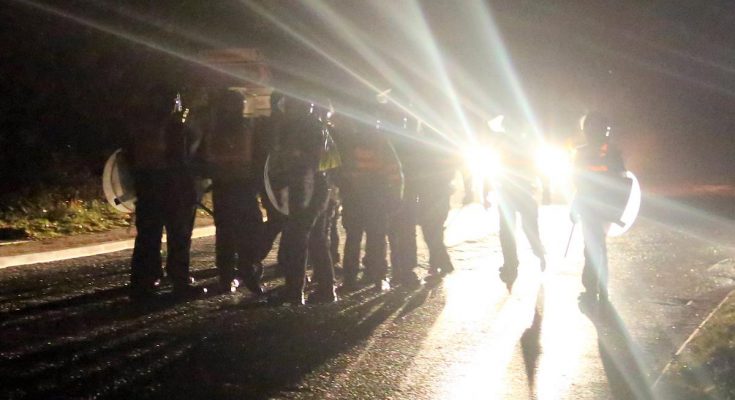 An illegal was shut down in Berkshire by riot police on Saturday after a two-hour stand-off.

The site which was close to the M4 was attended by approximately 300 people and was so loud it rattled the windows of a nearby hotel!

Five arrests were made by Thames Valley Police after arriving on site following a disturbance call at 8pm. They also assisted a man who had collapsed with receiving medical treatment.

Police claim missiles were launched at them, leading five riot vans, dog units, and a helicopter being called for backup.

The M4 was closed temporarily after revellers leaving the party spilled onto the road.

Chief Inspector Graham Hadley, said: “This was an event which took place in which members of the public put themselves in danger by taking drugs and going on to the M4 carriageway. Thankfully it was resolved without serious injury.

“Illegal unlicensed music events are dangerous and there is little regard for public safety and we will continue to deal with reports of such events robustly.”

Among the five arrests made, counts include suspicion of attempting to assault police and possession to supply drugs.