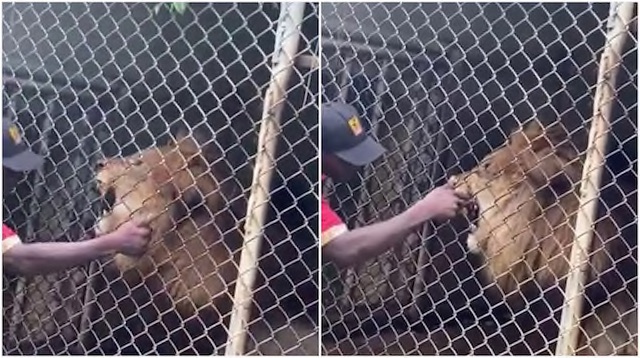 I think it’s pretty much well known that you shouldn’t go up to zoo animals and play with them/mock them, but some guy over in Jamaica didn’t follow this advice at all and ended up paying the price for it.

You can kinda understand the guy’s mentality when you learn that he’s actually a worker at the zoo and so might have had some previous relationship with the lion or know how he operates, but even so it’s remarkably careless how much he seems to be waving his hand around in the face of the lion. Really isn’t that much of a surprise when the lion chomps down on it and he’s forced to rip his finger off in order to break free from him, although it is pretty brutal and wince inducing.

Here’s what a witness said about the incident:

The lion at Jamaica Zoo ripped his finger off. pic.twitter.com/Ae2FRQHunk

Did she really ask if he was serious?😂😭 no sis it was a prank☠️ pic.twitter.com/LNTMdhGp8b

When it happened, I thought it was a joke. I didn’t realise the seriousness of it because it’s their job to put on a show.

Obviously, when he fell on the ground everybody realised that it was serious. Everybody started to panic.

The entire skin and about the first joint of his finger was gone.

I ran away from the whole thing, because me nuh like see blood and it was too graphic for me.

His facial expression when he was walking is like the pain never kicked in.

Yeah not really surprising that his brain would just completely shut down and numb the pain after getting his middle finger completely ripped off. I hope they managed to sew it back on or something for him, but I imagine the lion probably ate it completely and this guy rues the day he messed with it. Serves him right. That’s the law of the jungle baby.

For more of the same, check out this other guy petting a lion and getting his hand bitten off. Seems to be happening quite a bit this year. 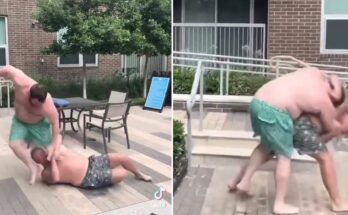 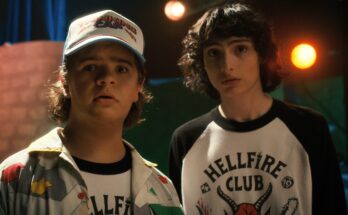 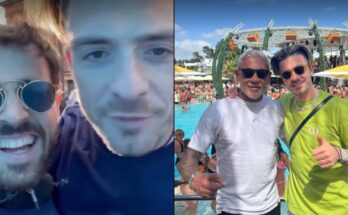