I have been hearing good things about Cuckoo’s events ever since they started a year ago but haven’t been able to get to one until now. To save you reading the rest of my ramblings I can tell you that the praise for this night is completely justified. 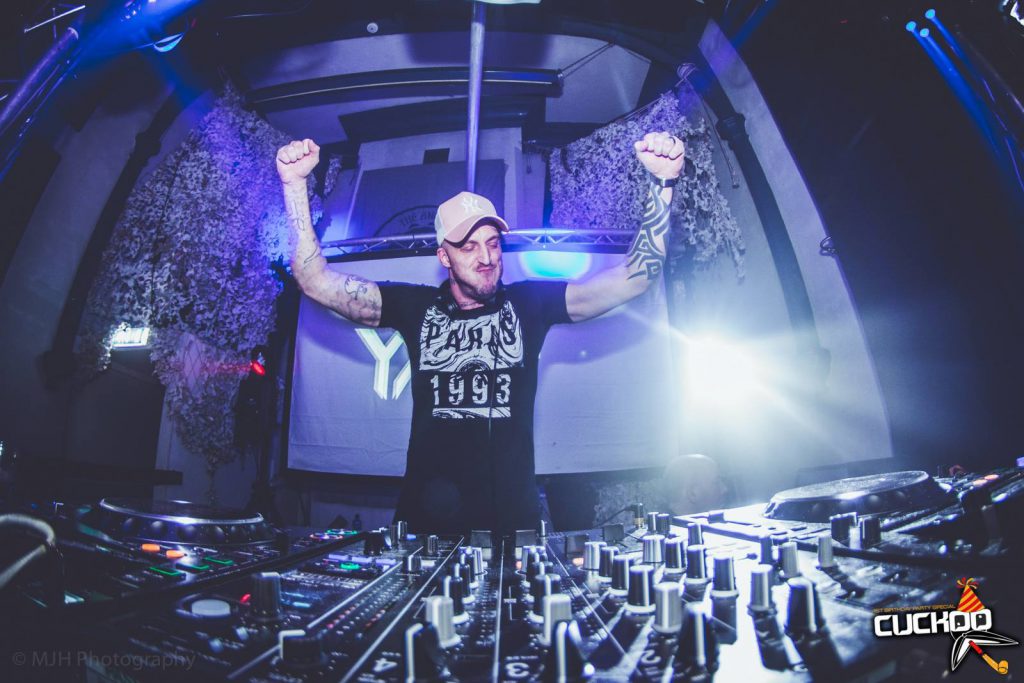 The Angel Microbrewery is a pleasant pub close to the centre of Nottingham, stripped wood floors, polished fermentation vessels in which their tasty beer is brewed, friendly staff and a nice (slightly hipster) atmosphere. It’s a place in which I would be happy to while away a few hours with friends over a refreshing beverage or three. Climb a narrow staircase to the first floor and you come to the soundproofed doors to the chapel. I kid you not, it’s a proper chapel, high beamed ceiling, with pulpit, organ hoisted halfway up the wall to get it out of the way and a raised area where I presume the altar would be placed when the room is used for its designed purpose. 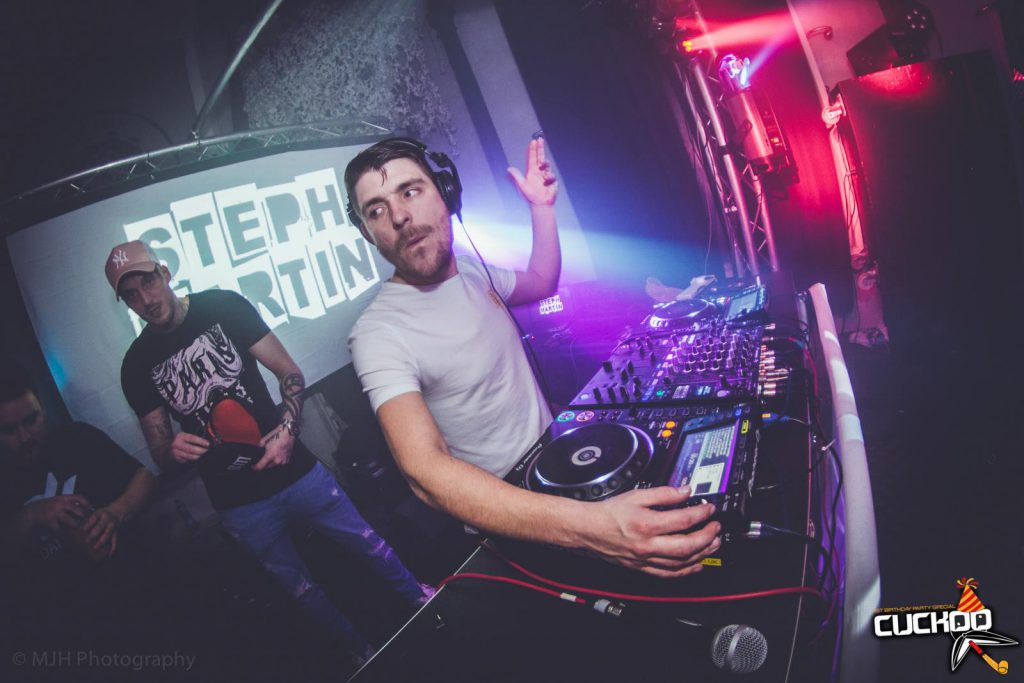 Replace the altar with decks and a mixer; the customary iconography with projection screens, lasers, and branding; remove the pews and you have a lovely intimate venue with a capacity of 110, which was completely sold out. Don’t get me wrong, I love the spectacle of a big event, but my preference has always been for something like this with a more underground feel. For me, the feeling that you are sharing something with a small group of like-minded people, most of whom you know by face if not by name gives a night a special vibe which the larger events just can’t match. I love the way it feels as if you are part of something a bit secret, a feeling that was enhanced by conversations in the smoking area with people who were in the pub and didn’t even know that the event was taking place upstairs, and who were bitterly disappointed when we told them that it was sold out and they wouldn’t get in! 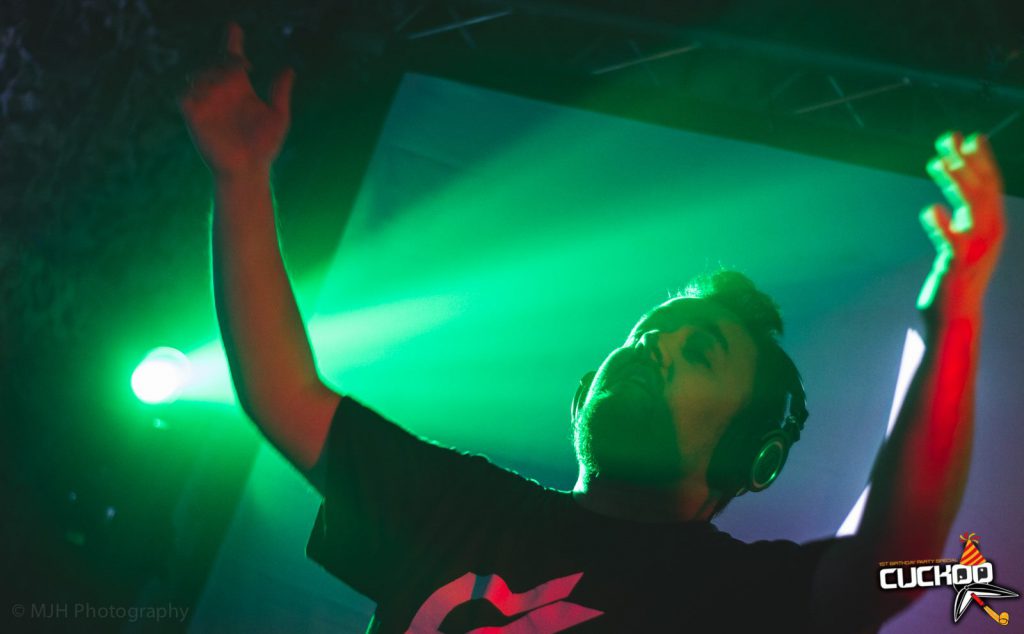 Cuckoo, like the best of the smaller events work hard to foster a feeling of family. Little touches like the Ice Pops (always welcome), the pictures and videos (processed into black and white with a lot of grain) of clubbers at previous nights on the projection screens, and most of all the friendliness and hard work of every member of the team all contribute to this and it really works. 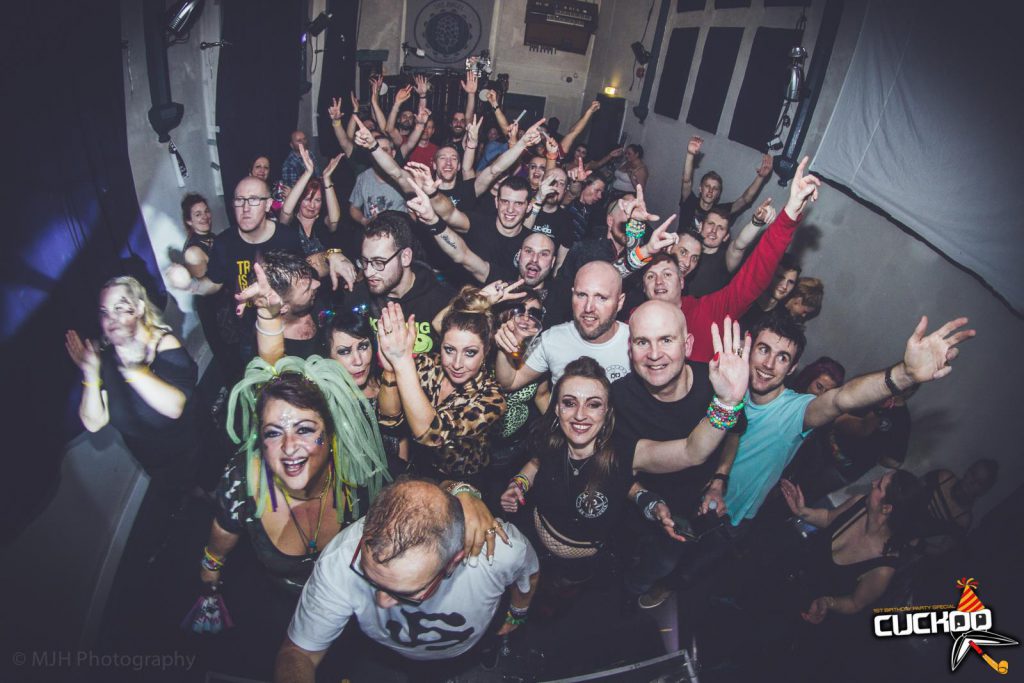 There were a couple of minor issues. It got awfully hot up at the front, although not intolerable, and it was pleasantly cooler at the back where there were a couple of portable air conditioning units. The sound at times was a bit off, always plenty of thump in the bass but a bit light at the top end, particularly noticeable during Daniel Kandi’s set during his tracks with long breakdowns. It wasn’t terrible, just not quite right.

Another benefit of a smaller event is that you get to see all of the DJs on the bill and there’s no time wasted wracked with indecision torn between the sets of two people you want to see!

On to the the order of service!

Von Spicer presided over the processional and opening prayers. a proper opening set, nicely building energy, a few crowd pleasers, got us all dancing and happy. All in all, perfectly judged.

Alex Wright took us through the creed, general confession, and psalms. A big bump in energy levels, plenty of hands in the air moments, his set had a really good flow to it with peaks and troughs and some absolute belting tunes. I love to see a DJ having a fun behind the decks and he has a infectious grin and bags of energy.

The sermon was delivered by Daniel Kandi. Let me get this off my chest. I am really not a fan of DJs talking on the mic, I would far prefer it if they let their music talk for them. I certainly didn’t need to be told to forget about Brexit and dance, politics by this time in the night was not giving me any cause for concern whatsoever! Having said that, he announced that he was dedicating a track to a much loved clubber sadly taken far too young in a hit and run accident and this was one of the most emotional moments I have ever had in a club as the room was filled with so many people who knew and loved him. The fact that the track in question was Airwave which has always been a personal favourite of mine just added to the moment. As I mentioned above, Daniel’s set was the one during which I noticed the minor sound issues the most. A shame really as it took a bit of the impetus away from his tracks with long breakdowns. I still really enjoyed the set, I am not very familiar with much of his work, but I will certainly be making a point of exploring it a lot more. 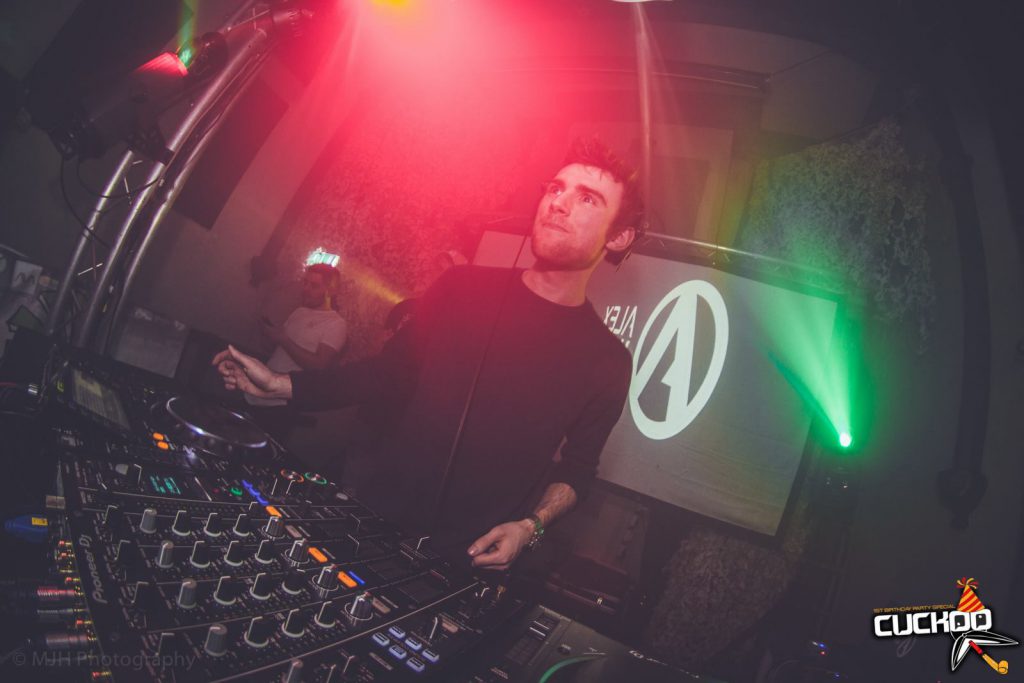 Steph Martin’s offertory was a delight. He had an unenviable task, sandwiched for an hour between the headliner and the closing set, (all the other DJs had 90 minutes), and he made every minute count with bags of energy and enthusiasm, and very well judged track selection, I would love to see what he can do with a longer set sometime soon.

On to the recessional and closing prayers, delivered by Ashley Bradbury. Set of the night by a large margin. If you have seen him, you know how he has a terrific stage presence, and his sets are packed with excitement and invention, if you haven’t then you really do owe it to yourself to experience one of his sets for yourself! On the night he gave us a tasty selection of his own tracks, classic remixes and a few mashups of his own. I have seen him a few times now, every set has been different, but every set has been recognisable as his work. It’s saying something when the headliner of a night is so taken with someone else’s set that they are on the stage for the whole time and insist on joining in by playing a track back to back. Daniel was not alone, Ashley had us all spellbound from the first note to the last and the room was full of happy people dancing to the very end.

Massive kudos to Paul Weston and his team for putting on such an enjoyable night, their next event is on the 27th April, and I reckon that it will be another cracker. Given the limited capacity of the venue and the buzz that the brand is generating I will be astonished if it doesn’t sell out fast, sadly I wont be there due to work commitments.

** Statement from Paul Weston (Cuckoo Trance Events): The sound has been perfect for the last two events and we definitely had issues this time around ( speaker stack blew and the booth monitors were being controlled by the master) which this different sound engineer was unable to sort**