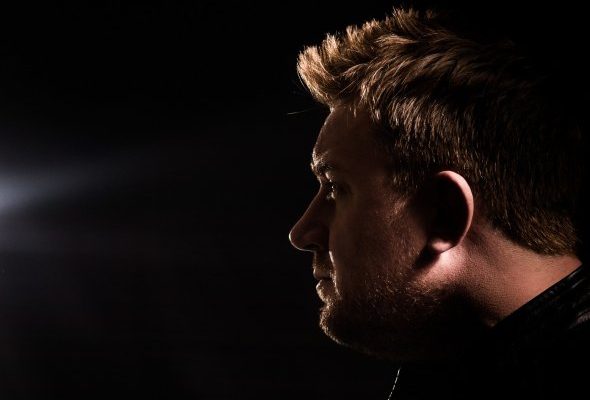 That’s a memory that won’t likely be erased from a club-goer’s first experience, especially when the club was Manchester, England’s The Hacienda and you were but 15 years old. “The Manchester rave scene was breaking and I was fascinated with it. It had moved away from the fields and been illegal and I somehow got in with my brother and his friends. I remember it being a strange experience, people were looking at me like I was a complete weirdo for being the only one eating in the cafe – a baked potato!”

But it began even sooner than that for Nottingham, England born Corin Bayley. “I was 8 or 9 years old and I played with the old Casio keyboards – I was fascinated by the technology.” Growing up, Corin enjoyed a deep passion for the Chicago House and Detroit Techno scenes, listening to Farley Jackmaster Funk, Derrick May and Larry Heard’s band, Fingers Incorporated.

Later, Corin was intrigued with the capability of programming music into a computer and the rest, you can say, is history while wearing tracksuits and break dancing anywhere he could.

A few things have changed since those early days. Corin proudly proclaims that the track suits are gone and now owns a commercial construction services company. “I started in my mid-20’s,” Corin said. “There’s a skill shortage here in England so it’s good for me because I’ve always had work.”

That work has afforded Corin, now 45, the humbling opportunity to, admittedly a bit late in life, professionally produce his love, Trance. “I’ve always been into DJing,” Corin said. “I’ve been fortunate to be successful in life and music and producing have always been a passion. I’ll take it for what it is and it will take me where it takes me. If I don’t do this, I’m never going to do it well so my mantra is to get my music known as quickly as possible.”

Corin then snuck an almost boyish smile noting that “Giuseppe Ottaviani was a big influence” calling his release, Go, “amazing” and is a big fan of his 2.0 live performance concept, which many artists are adopting, where live gear and instruments are played during sets.

He says this as he repositioned his cell phone proudly displaying vinyl copies of Pure Trance Six and Paul van Dyk’s Out There And Back. “I’ve got every one of his (Paul’s) releases on vinyl” and describes one of his bucket list items as having a release of his own on Paul’s label, VANDIT. “Labels have certain sounds and he’s a tough shell to crack.” Corin said of Paul but “I’ll get there in the end!”

Knowing already the tribulations of submitting work to labels, Corin reflected how he once sent three demos to Armin van Buren’s label, Armada, before finally having one of them signed to Aerys, Heartbeat’s label. A similar number of attempts also lead to a track being recently signed to Stoneface and Terminal’s Future Sound of Egypt’s Clandestine Recordings. And now, with an already impressive resumé of over twenty releases, Corin felt the next step of his progression in the music industry was one of a label owner.

“Liam Wilson and I live close by and had talked about this for some time and it seemed like the right thing to do,” Corin explained as Mass Music, Ltd. “hit the ground running” back in April 2018 with Liam providing the label’s first single, Dance With Us. Corin followed with his release, iNFERNO, and the label has since signed American producer Casey Rasch with his track, Stimulants and most recently Birmingham’s Jon Mangan‘s track, Provenance. Upstarts Marvin Speakeand Dale Cargill have also been included to the roster along with Los Angeles bred up and comer Giovanni Gioia (Sequence Six) who the label has high hopes for. Liam and Corin’s alias, Coinbass, look to release a collaboration themselves in the near future.

The ultimate goal of any artist is to support themselves with their craft but “horrendous” piracy gives listeners just as many, if not more ways to obtain an artist’s track “illegally” than through reputable streaming sites. “I’d love to give up my job to do music full time but there’s just not enough money in music sales unless you have a back catalog, but even then it’s not enough to pay the mortgage,” Corin emphatically said. “You know, there was a track I released last October and I won’t see a cent until this October but it’s a testament to the artists who do it because they want to do it for the love of the music.”

As all artists know, the real money is in live performances, when they can play, but with so many artists playing for free nowadays the scene has changed – with social media.

“People seem to be going out less to clubs,” Corin worryingly stated. “Twenty years ago, people were going out every weekend with friends and now it’s all moving to festivals – it’s a massive problem with more and more club nights shutting their doors.”

Corin is steadfast in his belief that this comes across in today’s music. “I think the music back in the day was a lot more inventive because it was more sample based with little boundaries,” Corin reflected. “Now everyone is slated into little genres and sub-genres and it’s all prescribed. A lot of it is the mentality of the clubs who want to showcase a genre and not the music.”

The scene is such that today’s artists are actual commodities and with the fierce competition, Liam and Corin speak frequently of ghost production. “It’s not something Liam and I personally subscribe to but it’s not necessarily a bad thing,” Corin defends. “At the end of the day, it’s about making and getting good music out there.”

Corin continued, “You know, there’s a lot of people out there who complain and there are a lot of guys being pushed by labels but if you start to worry about others then it takes you off your own game.” Corin admits to being fortunate by not beholding to anyone anymore and encourages young producers to be the master of their own destinies. “If you keep banging on that door long enough, you’ll get your music heard.”

It is bewildering, though, with the number of VST’s and different production methods a producer can obtain that cause some to argue the legitimacy of them compared to the original hardware. “Purists will say the analog emulation software isn’t right, Corin said. “There are a warmth and an organic nature to hardware synths and sure, you’re going to struggle to emulate 100 percent of the original sound, but producers now have access to programs that sound really good and software developers are always looking to improve.”

Corin also briefly touched on an ongoing, seemingly pointless argument to some artists, involving producing in Mono versus Stereo. Corin defiantly stated, “We produce in Stereo and the neat thing is that artists like Solarstone are remodeling tracks in Dolby Atmos giving the club-goer a unique experience especially in a smaller, more intimate setting.”

Home life is also full of intimate moments that most are careful not to share when in the public eye, but the Bayley family with his wife of 20 years, Hayley and their two sons, Jared and Miles are quite open about their experiences.

Their son, Miles has Down Syndrome and Corin speaks to the horrible fact that the disability is not as acceptable in some parts of the world saying, “In Iceland, there’s a 100 percent termination rate during pregnancy.” His family, though, are committed to Miles as he loves the performing arts, street dance and plays football. “He’s not shy at all,” Corin said with a big fatherly smile. “He’s a really outgoing child and we do regular things as a family. Sure, he’s a little different but you get on with life.”

And it wouldn’t be fair to not mention Corin’s other son, Jared. Even though diagnosed with ADHD, he runs a Esports team and loves working with Information Technology and wants a career working with online platforms. “He’s a bright kid, like his mom,” Corin enthusiastically said.

And this all comes full circle now as Corin explains that it was Miles who really upped his motivation for finally getting with Liam to start Mass Music, Ltd.

Before heading out to pick Miles up from school to begin their family vacation in Wales, Corin spoke of his radio show, Northern Lights, which airs every second Sunday on ah.fm saying, “It doesn’t matter who produced it or what label it’s on, I want to support the music I like! And don’t worry about elaborate voice-overs,” Corin said laughing. “I know you just want to listen to the music, anyway!”