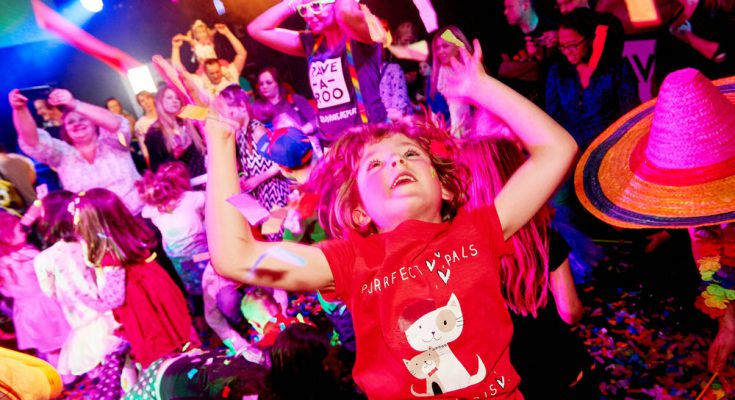 Following the late 90’s heyday of superclubs and superstar DJ’s, the chemical generation have since moved on; exchanging glow-sticks, furry boots and the care free lifestyle for careers, mortgages and children.

The only thing they have to look forward to know is the trappings of being locked in a loveless relationship, due to having two kids and a sodding labradoodle, whilst trying to hold down a boring job in IT and only getting out three nights out a year to a local pub.

Where once the average weekend consisted of the Gallery at Turnmills in London on the Friday, driving straight to Gatecrasher in Sheffield on Saturday and then on to Sundissential in Birmingham.

Now it consists of taking little Timmy and Tamara to an endless amount of classmate’s birthday parties and then if you’re lucky, you can expect a trip around an Ikea or a visit to a soft-play arena every Sunday 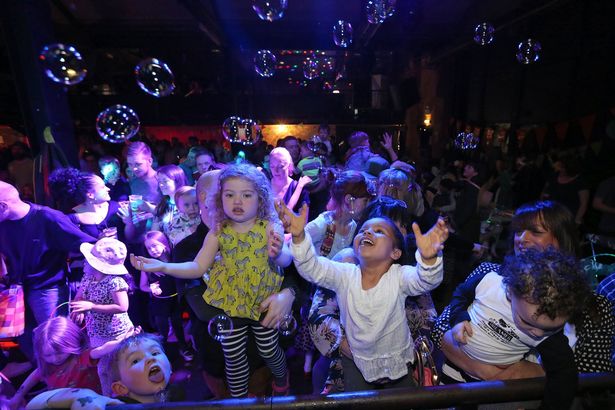 Unsurprisingly, they still yearn for those hedonistic and carefree days, triple dropping on dancefloors up and down the country. But these days with no chance of getting a babysitter to watch the kids on a Saturday night, and then all-day Sunday, then the Monday as well. The furthest they can venture is a few drinks in an All-Bar-One.

However, the gap in the market filled by former rave gimps turned parents has led to a sharp increase in toddler rave events, where parents try and recapture their youth, by taking they snotty faced brats to some child friendly rave where some ‘has been’ DJ plays 90’s tracks whilst the venue is filled with parents wishing that there was alcohol on sale, shit loads of toddlers, a ball pool and some sensory boards.

However, as the popularity of these highly organised parent and toddler raves increases, more and more pre-schoolers are turning their backs on these commercialised events in favour of illicit and illegal events.

So, On the Sesh sent roving reporter and the only one who can work with kids as he is the only one of us likely to pass a police check; Larry Knobrob to investigate the murky underbelly of illegal toddler raves. 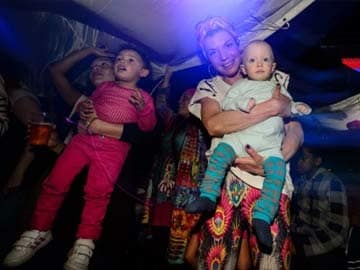 It’s midday on an industrial estate and I am on the outskirts of Nuneaton; Mark Sherry’s psy remix of ‘Baby Shark’ is booming out from a disused building, as a line of nursery school-age toddlers adorned in their finest Baby Gap clobber are queuing to get in.

I step inside the disused Topps Tiles warehouse and I am instantly taking back to my primary school disco. The lads wearing chinos, bow-ties and cardigans are on one side of the room, the girls in their finest supermarket purchased dresses on the opposite side, whilst guest DJ; Ben Nicky plays to the most mature and intelligent crowd of his entire career.

I am intrigued by the newest of nu-wave clubbers, so I start chatting to Jayden. Jayden’s three, and is sharply dressed in a Buzz Lightyear outfit, effortlessly swigging on a bottle of blackcurrant Fruit Shoot. 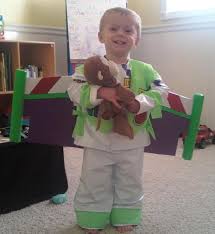 He tells me that he started ‘toddler clubbing’ with his liberal parents, who were former Slinky regulars, when he was just 18 months old and still confined to a papoose.

He explains that initially it was great, going out daytime clubbing twice a year with his parents, where he got to experience bright flashing lights that ‘danced rhythmically’ while he sat on a beanbag unable to control his oversized head from nodding forward, as his parents joined in and starting singing along when the DJ dropped Delerium’s Silence.

It was at one of these events, that Jayden describes as ‘reliving his parents lives again by listening to a Now That’s What I call Trance From 1999 Compilation CD being played in a local community centre, where he first discovered Haribo, often referred to as; ‘tangfastic bombastic’ or ‘H’.

Jayden explains that the first time he tried Haribo, the sour yet tangfastic assault on mouth, combined with the sounds of ATB’s 9pm Till I Come and the sight of the peak of Dave Pearce’s manky baseball cap poking over the top of the DJ booth sent him into complete E-numbered overdrive.

But the use of sour cola-bottle or fried egg shaped hallucinogenics like ‘H’ is not welcome at the major commercialised toddler rave events. So, Jayden and lots of others pre-schoolers have formed an underground movement called the Little Clubbers Under Number Three, or LITTLE CUNT’S for short. 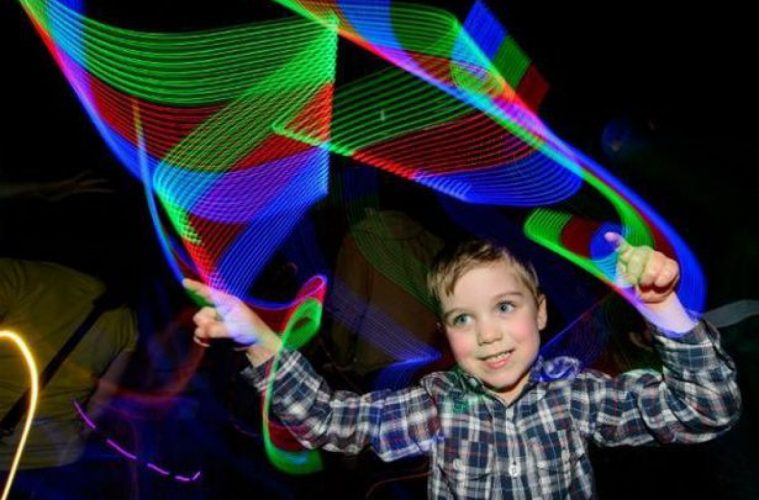 I venture on to the dance floor where I meet ‘Elijah’. Elijah is four and is enjoying his final days of freedom before he has to start infant school in September. He has his tie pulled up around his head in a Rambo-esque style look as he skids along the dancefloor on his knees, the friction burning holes into his George from Asda denim jeans, complete with elasticated waistband.

Once Elijah has taken a few swigs from his pouch of Capri-Sun pouch he starts to tell me about the LITLLE CUNTS movement.

“It’s all about having fun. I mean, you lot have Wetherspoons, Gogglebox, Just Eat and bread dipped in oil, we have this” as he grins and throws his arms outwards, just as the uplifting rift of Mr Tumble’s remix of ‘What’s the Story in Balamory’ echoes through the building.

Elijah goes on to add that the drug scene is so much more rife in these types of warehouse events, compared the ‘straight laced’ environment that exists in the more commercialised toddler raves that those mums who go to Zumba classes with other mums talk about. 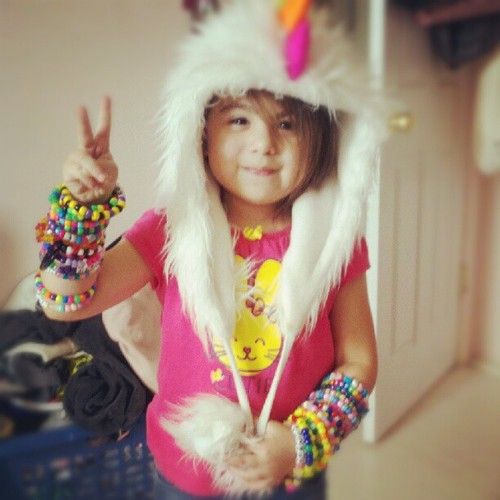 It’s here that I am introduced to Poppy. Although she is only two and two thirds, she is already a regular Calpol mixed with Panda Pops user,  a potent and hallucinogenic cocktail.

Poppy explains that she uses this E-number enriched combination to help her get through having to endure yet another ‘immature sounding’ Ben Nicky set.

Just as she is explaining this, I see a team of paramedics carry an unconscious onesie clad child out of the toilets. I am told by his concerned friends that he has ‘overdone it’ with the Sudocrem. 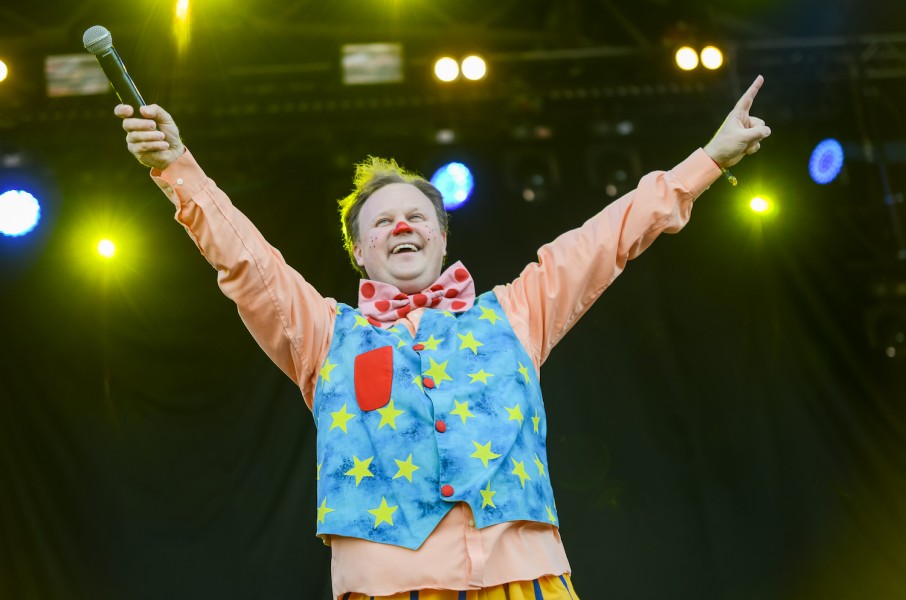 As the night progresses, the beat gets faster. DJ wise; Mr Tumble was on first on warm up duties, then it was Dave Pearce, followed by Ben Nicky who were whipping the crowd into a frenzy.

We are fast approaching the Tombliboo’s bedtime on ‘In the Night Garden’, the hallowed decks are handed over to the legendary toddler rave DJ; Andy Farley-Rusks, who immediately fills the venue with his trademark Nappy Hardcore sounds.

I take this as my opportunity to return home, leaving Nuneaton on my Little Tikes scooter and a Ben 10 ruck sack full of memories.