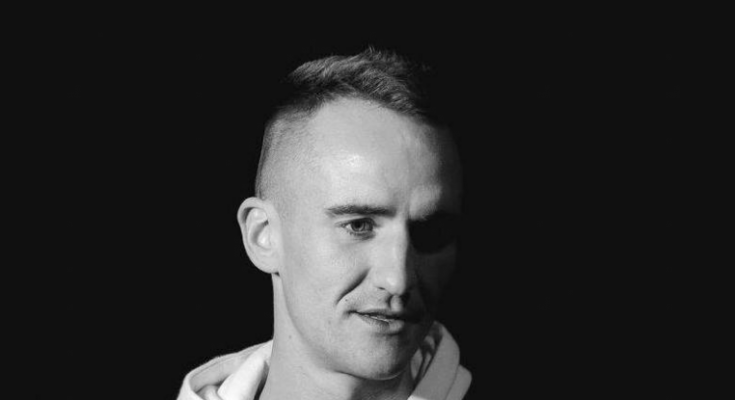 First off some of the On The Sesh crew have asked me to ask how exactly do you pronounce your surname?

Hey Guys! Thanks for having me on. Knew this question would pop up!

I pronounce it ‘Gill-ees’ you could write a book on how many different ways it’s been pronounced though!

So tell us a bit about yourself, who is Billy Gillies?

I’m 29 from Belfast, Northern Ireland. Asides from music production and DJing my hobbies would be football, having the odd Buckfast, meeting up with friends for a night out here and there, yano the simple life 😉 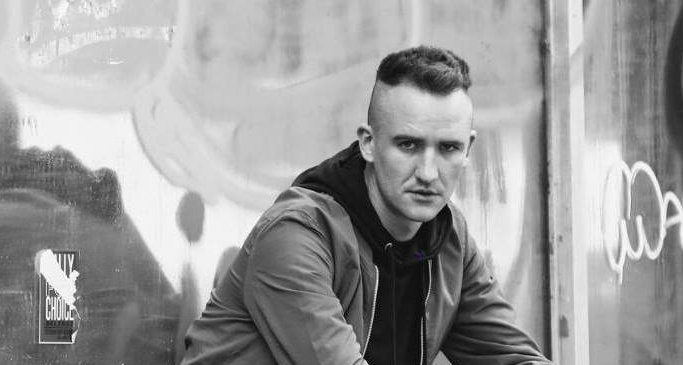 For many DJs/Producers there is a journey that leads them to where they are, how did you
get into music, producing and DJing?

I got into electronic music around 2001 when trance music was in the mainstream charts, popular tracks like PPK -Resurrection were the gateway into it. Got my first set of kam belt drives (if you know you know) at the age of 12. Memories of going down to the record shop in Belfast every Saturday and testing out all the new music with only having enough pocket money to purchase one vinyl a week. I was fascinated on how all the electronic music was made so done a bit of research and picked up an old version of fruity loops at the age of 19 and fell in love with producing from then on in.

Who has influenced you musically growing up?

Cheers! it’s been the last year my sound has changed quite a bit I think. I spent years trying to sound like everyone else which just didn’t work for me anyway! Making the decision to make what I want to make without worrying on what labels the tracks would fit into was the best thing I done. Taking influences from hard dance, trance, techno and all the music I loved growing up. I would describe my sound at the minute as old school meets new school 🙂

Talk us through your studio setup, is it a full studio or have you opted for a more portable studio like a lot of producers these days?

Nothing too fancy here just a set of KRK Rokit 5’s, a midi keyboard and Ableton Live. Simpler the better.

Whilst we are on the theme of production, what is your thought process when approaching a new track?

I start a new track differently every time sometimes it can be the melody that gets me inspired or starting off with the groove of the track like the kick and bass or percussion, there is no set process though!

Last year was a huge year for you, you were an unstoppable force with your tracks Void, Disturbance, Power and Listen Up all charting in the Beatport Top 10 one after another. This must have been a great feeling of achievement?

Yeah, I was blown away with all the support them tracks got last year, was not expected at all. A big thank you to everyone that purchased the tracks and that have followed me! Thanks to Sneijder for releasing the first few on his label or I would still be giving my tracks away on SoundCloud with hardly any notice. Hopefully this year can be even bigger and better!

What is your favourite release that you have so far?

Probably my rework of Chicane – Don’t Give Up, hard messing about with such a classic but think I done it justice, so much love and support on that one last year. It has summer written all over it.

Then fast forward to 2019, whilst watching the live feed from ASOT I noticed Armin van Buuren dropping one of your tracks. Support like this is invaluable for any artist, tell us more about the support Armin has given you and who else have been your biggest supporters?

Yeah support from big DJ’s is crucial and having the likes of Armin support my tracks is something I’m very grateful for. Judge Jules was a great supporter of my music always played my tracks on radio 1 it was a big thing at the time for me. Small achievements like that help you stay motivated as a producer.

So far you haven’t done too much collaborating, is that something we will see more of in the future and if so who would be your choice of artist to collaborate with and why? Can you tell us what else you are working on at the moment in the studio?

Yes most certainly! Currently working on a track with the Shugz right now, Unreal talent! I think our sounds complement each other’s so hoping to release something special! I’d love to work on something with Sneijder and Jordan Suckley in the future, who knows! 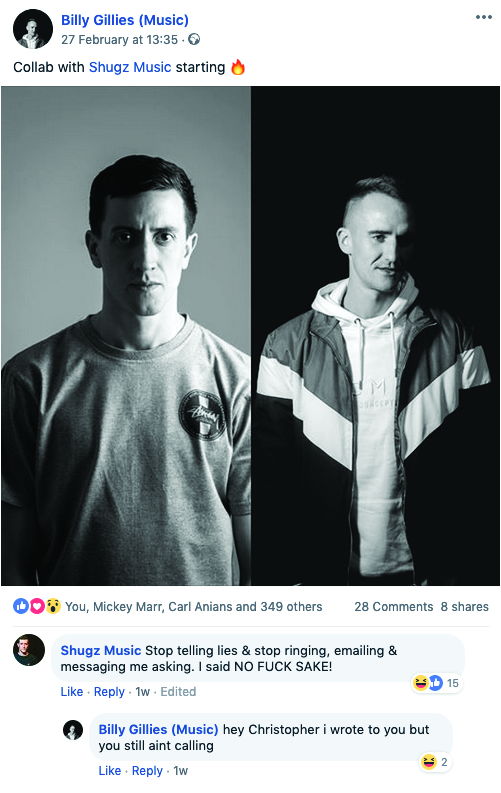 Congratulations on signing to Next Gen Artists! How did that come about and how has it changed things for you career wise?

Thank you! Yeah huge step up for me signing with Nextgen. Mickey Marr is a great guy to work with, a lot of gigs started coming in once I signed up. Pleasure working with them 🙂

Luminosity was but now that’s a reality. Groove in Buenos Aires, Argentina is now on the top of the list! I get so many messages from Argentina asking when I am playing there so hopefully one day it happens! Heard so many great things about the fans. 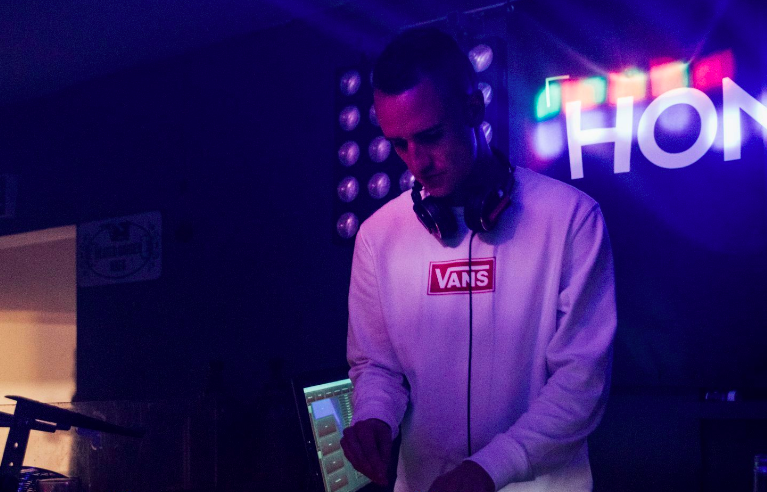 OK the day the line-up for Luminosity 2019 was released, I see your name on there, I’m not going to lie I did do a little fist bump followed by ‘YES!’. I can tell you there will definitely be a load of the On The Sesh crew front and centre for your set. This must be a dream come true, you must be made up, are you planning anything special for your set?

Once I got told I was playing at Luminosity I must admit I teared up, for me it’s the best trance festival of the year and still have to pinch myself that I am playing at it! I aim to have lots of new music to play at it, expect the unexpected. See you at the beach!

Some I can’t say at the minute but there are few big ones in the pipeline around the world, Just announced that I will be joining Paul Van Dyk’s tour at the telegraph building in Belfast alongside Jordan Suckley and Alex Morph, it’s crazy to see my name on the same nights of the guys I look up to and something I am very grateful for.

‘Paul Denton – Monkey’ still does the damage in my sets

Is there anyone that you would love to do love to play back2back With?

Yeh I have quite a few spread out throughout the year, excited about my first release ‘Open Your Mind’ out on the 18th of march. Sneijder dropped it at ASOT 900 and I’m getting great feedback. I just got a new uplifting track today signed to Afterdark and plenty of releases on different labels to announce too so keep an eye out. 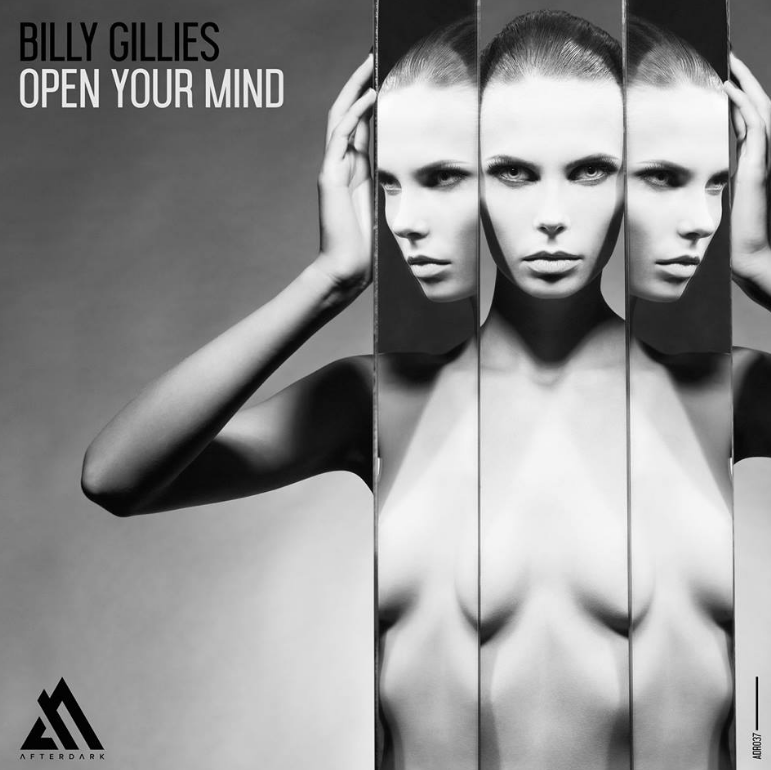 Top floor apartment in New York with a studio built looking over Manhattan, a guy could dream 🙂

So we know you are half Scottish thanks to your Dad, fellow Scot David Rust is a self-confessed Buckfast enthusiast. Are you a Buckfast or IronBru man?

I love both, but Buckfast wins easily

Spilling drinks 😕 some like to call me Spilly Gillies.

Have you got any funny stories from being out ‘On The Sesh’ you can share?

None fit for public viewing, it’s not normal.

How does Billy Gillies recover after a night out?

Massive thanks Billy for taking the time out and letting Carl pick your brains, and the belting guest mix you have done for On The Sesh.