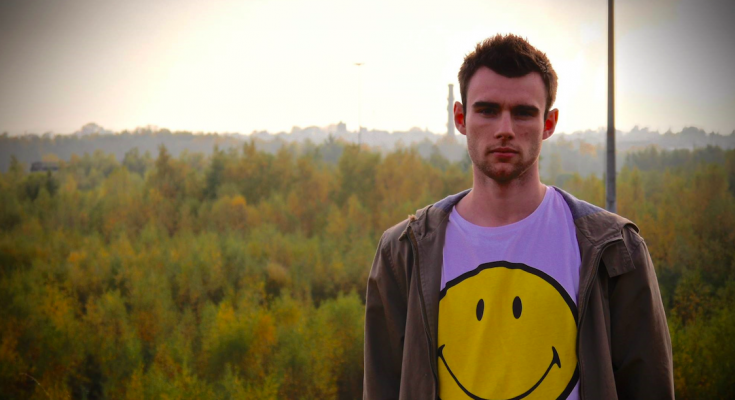 Q1: OTS…..Alex am I correct in saying you’re only 25? With all your releases over the years you must have still been at school when you first got into producing. Is this true?

Not quite haha, I turned 24 last month but I have been producing since the start of secondary school. It started out as something to do after school whilst I was beginning to discover lots of 90’s Dance classics from listening to the radio on the weekend and playing video games. 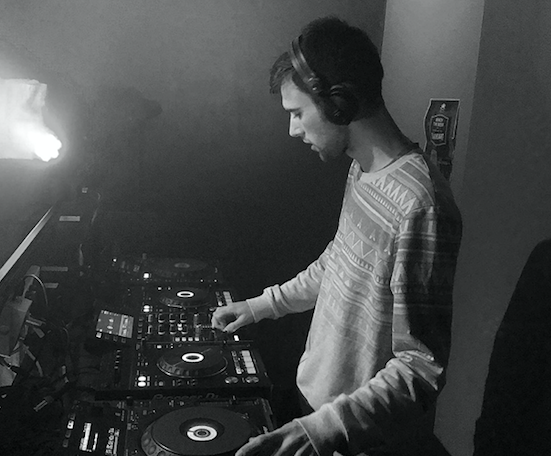 Q2: OTS…. Who or what was your inspiration to get into Trance music at such at early age?

I just naturally got into it and took an interest in it from hearing it on TV and other places whilst out and about. I remembered a lot of tracks from being a kid during the ‘99 era such as ATB – 9PM (Till I Come), Darude – Sandstorm, and Chicane – Saltwater etc… I heard lots of these tracks whilst on a scout camp in the disco tent they had there which was one of my first raving experiences as a 12 year old haha. It sounds funny now but at the time it was the beginning of what grew over the years in to what I’m still passionate about now.

Q3: OTS….If you had to choose out of production or Djing which one would you choose and why?

I got in to production first and feel at home in the studio which is why I would have to choose this if I could only choose one. DJing is great fun though and I want to do a lot more of it on a bigger scale in the future.

I would say one of my most rewarding tracks was ‘The Vixen & The Lioness’ because I wanted to get a track of mine signed to Dan Stone & Ferry Tayle’s new ‘Fables’ label last year, so I wrote this melody pretty quickly and found it very catchy. I worked on producing the track over the summer and sent the demo to the guys, which took a long time for them to check but once they’d both heard it they really loved the track. Ferry Tayle played it a lot in his sets including at the massive Dreamstate So Cal event last Autumn and even mentioned it as his track of the year for 2017. ‘Mnemba’ from earlier this year was not far off too, reaching a good position of 25 in the Beatport Trance chart and being supported by all the big names like Aly & Fila, Armin van Buuren, Ferry Corsten, Kyau & Albert, and many more including Marc West who played it to a packed main room at PaSSion back in March.

Q5: OTS…. You played a really high profile gig recently at Luminosity Beach Festival 2018. Was this the stand out gig of your flourishing career so far Alex?

Without a doubt, yes. I visited the festival the two years previous, and to be invited the play there the year after was just huge.

Q6:OTS…. You are part of the Cuckoo team who are having a purple patch at the present time and seemed to have filled the niche market in Nottingham for this genre we all know and love. Can you tell us more about how you came to be involved and what the brand bring to the table which makes them stand out in this competitive industry?

Paul Weston has been a big supporter of my work over the last few years who funnily enough grew up where I currently live (in Toton) and still only lives round the corner in the neighbouring town of Beeston. It wasn’t till last December when a local DJ Steph Martin was playing at The Bar on the High Road that I decided to head down and meet Paul for the first time in person as well as Stephan who I played a few tunes back to back with. Around this time, Paul was looking at holding a small event at a pub in Stapleford which is where he came up with the whole Cuckoo brand which I find to be quite genius really. The first night went very well indeed, so much so that guest DJ for that first event, Frazer Hynds, joined the Cuckoo team as a resident and co promoter for the brand. From that very first intimate event another one quickly followed the following month, this time at The Bar in Beeston,with a certain Mr Ashley Bradbury from Chesterfield headlining, he literally took the roof right off that night.  After this event I suggested to Paul that we take the brand to the next level and put on an event in Nottingham city centre, because there hasn’t been any proper Trance events here since Infinity and Gatecrasher which both sadly ended back in 2013. This was when Paul asked me to join Cuckoo as a resident and we both went to hunt for possible venues in the town centre. The Angel became our first choice instantly due to the intimate size yet very grand and open feel as it’s a converted, double-height 16th century chapel above a cool and quirky pub. Our first event there was in June and brought young up and comers Sam Laxton and EverLight from Newcastle and Birmingham respectively, to show what the next generation of talent has to offer in the scene. The night was a roaring success with it being very busy with a great atmosphere all night long. We were quite lucky to hold it at such an easily accessible venue on the same day as the highly popular Detonate Festival which finished at around 11PM. Paul advertised the event to many of the festival goers which proved to work well as we had a good amount of younger 18 – 25 year olds coming through the door during peak time. I also think that with Nottingham being a very student-friendly city with a lively music scene, it helps us to build a younger following at our nights which we are making a conscious effort to do, as a lot of the general public feel that Trance music is gone in a past generation and is no longer relevant or a current sound. 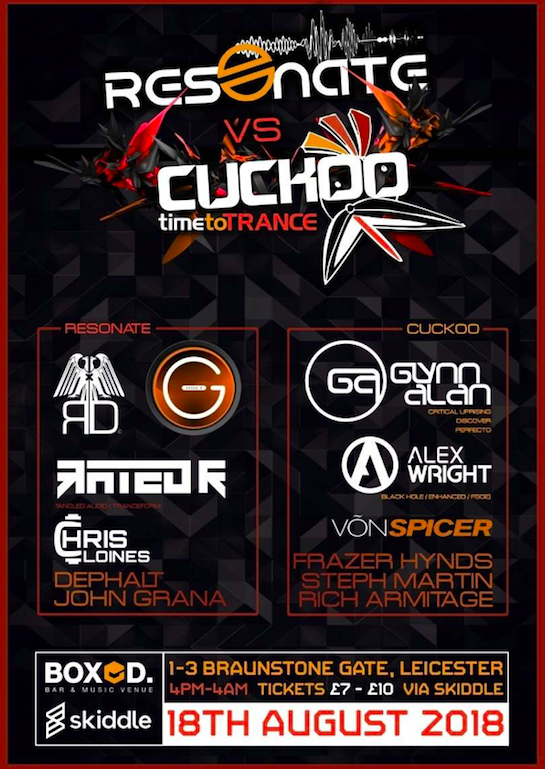 Q7:OTS…. Finally Alex, what lays in store for yourself and the Cuckoo nights in the months ahead?

In the coming months expect to hear new originals and remixes from me on labels FSOE Clandestine, Infrasonic Pure, Universal Nation, as well as Always Alive Recordings this Friday 17th August which sees the release of my track ‘Merida’ with Allen Belg. I’ve also just finished a new vocal track which I’m really proud of and have worked very hard on! 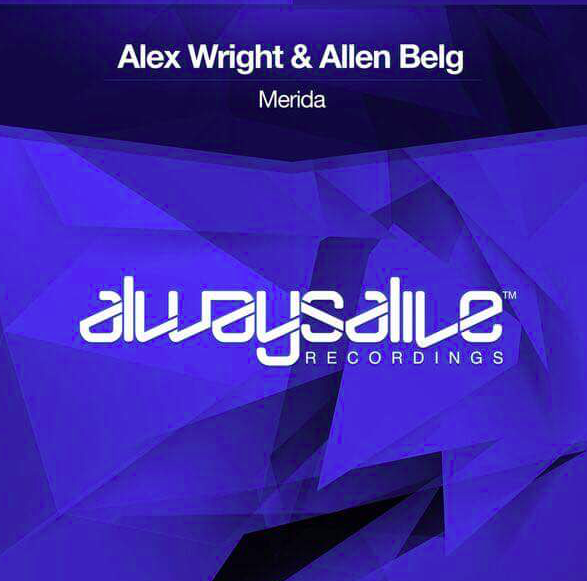 As for Cuckoo, we’re holding a joint event with Resonate at Boxxed in Leicester this Saturday 18th August from 4PM – 4AM with DJs from both brands playing their sounds all throughout the afternoon and evening right in to the early hours. Our next Nottingham event is back at The Angel on Friday 12th October where we have Liverpool duo Amos & Riot Night headlining alongside FSOE Fables head honcho Dan Stone which looks to be a very busy one just like our June event! Tickets for both events are on sale now via Skiddle which you can find through the Cuckoo Trance Events.

You’ll  no doubt be seeing more of this exciting young producer /dj and the Cuckoo brand over the year or so but if you’d like to experience them right now 👍enter the competition  and simply follow the instructions to win ×2 guest list to Cuckoo’s  next venture this Saturday, as they fly into Leicester for Resonate  V’s Cuckoo.