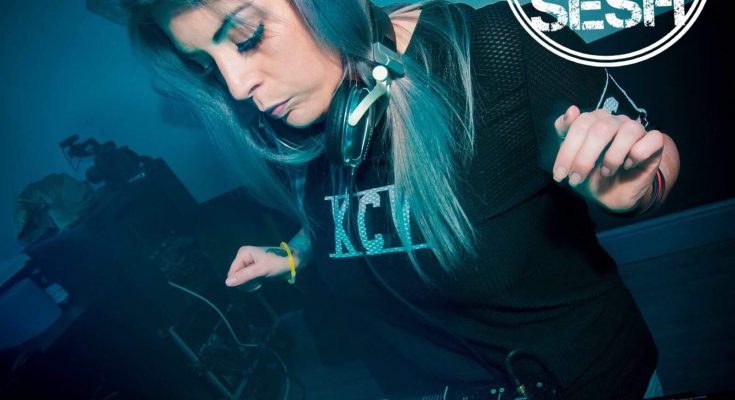 So, Janine … Tell us some fun facts about Janine CK !
I’d like to tell you something really interesting here, but I’m just a mum of two fabulous children so hobbies ect really do seem to take a back seat, apart from my passion for music I have been found on the riverbank participating in a spot of fishing, and actually having my catch published in a national fishing magazine, that’s about as interesting as it gets really. 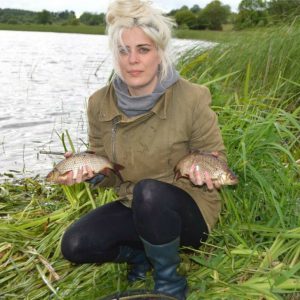 I know you’re only 21 (cough cough), but I suppose you can be called a late starter for DJ’ing, how did you get into it?
I was taught by my partner, it was something I was always intrigued with but being  a male majority scene I felt I had a little something to prove, so from being intrigued there was that drive to achieve what the guys were doing out there.
Has trance always been your favoured option?
I  really don’t have a favourite genre as those that have so kindly supported and followed myself over the past couple of years will know that my sets are varied, I purposely dig as deep as I can to bring out those tracks that should never disappear into a distant memory whether it be trance techno or chunky but funky house music, I am a lover of the older tech trance sound but there’s also a lot of good tech coming through in the last few years that means loading usbs for gigs is becoming a harder task! 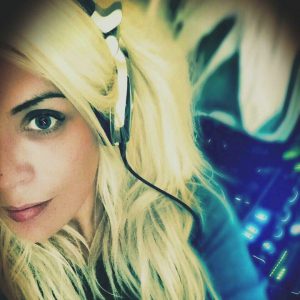 Who would you say are your influences behind the decks?
I don’t really have any influences I just have a mutual respect for all djs whether it be a guy playing room 3 to they guys playing main stages across the globe, each and everyone playing an important role for the future of the scene!
You’ve known for your hard thumping sets, have you always preferred that sound or is it something you just fell into?
It’s just simply down to my set times that i have been given. I really don’t try to be personified for playing one sound, I’ve been very lucky to play alongside some quality djs who have built that room and realistically playing peak time I just carry the momentum along, reading the crowd if they want it hard then so be it, I’ve played a few gigs where I’ve thought it’s just gone to hard too soon so I’ve pulled it down a little more in respect to the guys playing after myself but I don’t really have a plan set in place it’s about what’s occurring in front of me it’s those guys that dictate how I will approach my set. 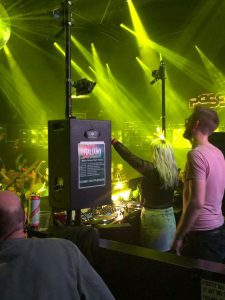 Tell us about your first gig and how it went !
My first gig was rather overwhelming probably to soon really but was a great learning curve, it was a fab little night called resonate in Leicester, I’ve been back several times since so realistically I have a lot to thank jay Walton the promoter for giving me that opportunity. So jay if your reading this thank you
You’ve graced the line ups of some great promotions… PaSSion and RONG just to name a couple… what has been your favourite gig to date and why?
Every gig I play I treat exactly the same and grateful for every opportunity that the promoters have given me, every time I play passion I have such an amazing time,  JFK has been an absolute star over the past year or so and a guiding light who’s shown a lot of faith in myself, the hospitality and the whole passion family is something else, to play the main room alongside Mauro picotto (yes Mauro picotto) was simply a dream accomplished, my anomaly debut last month was off the scale what a crowd, so again that rates up there with one of my fave gigs I can’t wait to do it all again.
Is there any promotions that you would like to play for that you haven’t yet done?

I’d love to play for the Scots and the Irish they really know how to party, that electric atmosphere that those guys create i’d like to bottle and keep forever, trance sanctuary is another event I’d like to tick of my bucket list, it’s pretty obvious that luminosity is up there as a pinnacle but I’m happy just playing music where ever and to who ever it may be

You’re on death row… you’re about to get the chair… what’s your final meal?

Well considering I’m dieting and training at the moment anything over 30 calories would be an absolute bonus! 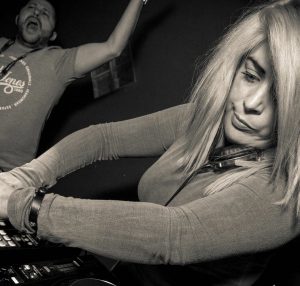 Who are your favourite DJ’s that are about at the minute?

Again I don’t really have any favourite djs what I do like and respect is the djs that have time to integrate with the joe public, those guys that have the likeabilty factor about them, the likes of Will Atkinson, Shugz and the cheesecake man Jase Thirlwall. If the scene was full of guys like them genuine fun loving guys who although good at what they do, don’t take things to seriously then well… I admire the likes of Ashley smith and Maria Healy who really are talented producers and djs holding there own flying the girl power flag then there’s the likes of Doug Drelincourt, Will Renville, Chris Blaylock, Rich Miller I could go on, these guys are playing a lot of gigs mainly funding it all there selves I’d like to see these guys pushing on with bigger and better opportunities they fully deserve it💪

Your favourite track at the minute ?

Dave 202 arrival Sebastian Brandt remix no words can explain you have to see a crowd with this been played to understand what it does, I played it at the last anomaly and the roof came off. 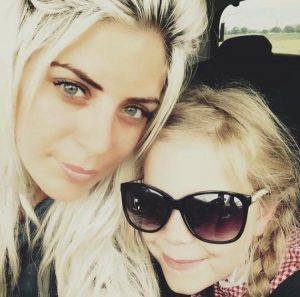 You’re also well known for your track selection, a mix of newer hard trance and some golden oldies .. why do you like to wind back the clock with your sets?
I mentioned this earler in a previous question it’s realistically just down to personal preference, I play music I love but I don’t produce so the only way to stand out is dig a bit deeper than everyone else and play different tracks to everyone else, it’s exciting digging out those old tracks searching for hours finding the uniqueness for your next set, and it’s a bonus I love the tracks, it’s easy to buy the latest beatport chart tracks and yes your supporting your fellow producers but there’s another 80% percent of djs doing the same, it becomes stale, I think you owe the clubbers and the promoters that extra effort to give them that bit of freshness, if it means going back with my playlist then that’s what I do, you will find me playing the current guys tracks in 3 years time so although I try my best to support new music and new promoters it’s usually further down the line these guys get my support, and the feedback and what people have enjoyed when coming to see myself is exactly as you have mentioned my track listings are fresh and un predictable there that unpredictable I don’t usually have a clue what I’m playing myself until 10 minutes into my set.
What’s the most bizarre thing you’ve seen whilst out DJing… raver behaviour…

Every gig is a real eye opener obviously I like to keep a clear head and the later your set time you see the carnage unfold in front of you, being a clubber it makes you think, shit am I really like that?? 😂 but foremost it’s a place where everyone from different back grounds come together on an equal par for 8 hrs, kick back and forget the normal 9-5 lifestyle, it’s messy, it’s crazy and a real eye opener but it’s all this that makes it that extra special, what happens on tour stays on tour 🙈🙈😎 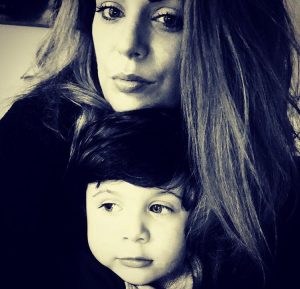 When your not behind the decks, you can be found stomping a hole in the dance floor (or the JK shuffle as I like to call it) … what is your favourite style to dance to, and is there a DJ out there that gets you moving more than most?

You’ve not followed the typical path and gone for production yet… is this something you’re considering or are you gonna stick to spinning records?
I’ve been pushed to produce and it is something I keep promising I am going to undertake, it’s become a stereo typical way up the ladder but so far i’ve defied this. You see producers bring out a track and the turn around in entering the charts and leaving it and that track becoming a distant memory, there is so much competition and quick turn around that I think it’s slowly changing, I don’t think it’s as upmost importance anymore, but If this is what I have to do to progress than it’s something I will have to look at seriously I’m notfame hungry or desperate for it so right now I’m enjoying what I’m doing and playing a lot of gigs so for now I’m happy with how things are progressing, but who knows what the future holds… 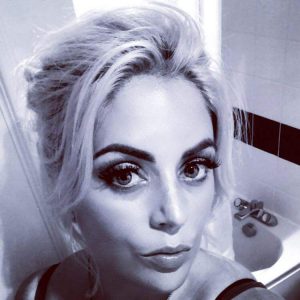 You get stuck on a desert island… you’re allowed one item to take with you… what is it?
My children there’s 2 of them I couldn’t take just the 1 they really are my world and I hope when they grow up they can look back at the videos mixes ect and be proud of what there mummy did, although by then it’s probably going to be the most un cool music and cringeworthy moments ever for them but there in training 😂
We understand that you have a taste for hot foods… like insanely hot… what’s the most challenging thing you’ve ever eaten?
Nothing hot fazes me I’m a machine so any challenges I’ll gladly take them on!
Want to fight any of us at OTS?
Well that escalated quickly !!! 🤣

Thanks for the interview guys keep up the good work and I shall catch up with you in the near future, you can catch me playing at passion Oct 6th, anomaly 3rd nov, equinox 30th nov and a few more tbc hope to see you on the dance floor much love X

Nice one Janine! See you at PaSSion and Anomaly !!