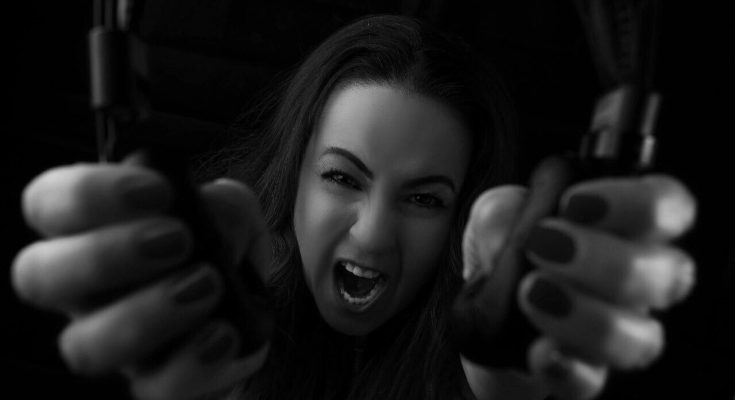 Hi Lil Miss Jules, or should I say Grandma Hardhouse…

Hahaha Grandma Hard House, I love it! Well I’ve recently become a Grandma again so I’ll take that, maybe a change of name is in order hahahahaha. Can I just say I’m one the coolest Grandma’s about I’ll have you know, and I’m not ready to swap my headphones for knitting needles just yet!

With your debut release out, I thought it would be a great time to catch up with you speak more about that, and what you have been up to since our last chat.

So ‘Red Queen’ has just been released on Fruition Records, tell us more about how that come about?

Yeah, so I was playing a gig in Leeds (Filth Face) and met Scott Chaney. The second part of the duo Damaged Gudz, and we got chatting and hit it off really well. He expressed interest in working on a collab together, so we kept in touch and organised a date for myself, Scott and Ziggy (my husband) to all get in the studio. As we hadn’t worked together before, we hit the project blind and bounced ideas around until we came up with a starting point.

We came up with an idea to use the Red Queen sample from Resident Evil, and after my dramatic image change it just sort of fit in with that. Then we worked the track around the vocal samples. It needed to be a high energy driving track, as my sets are like that. I think this was achieved very well with the arrangement/energy of the hoovers. 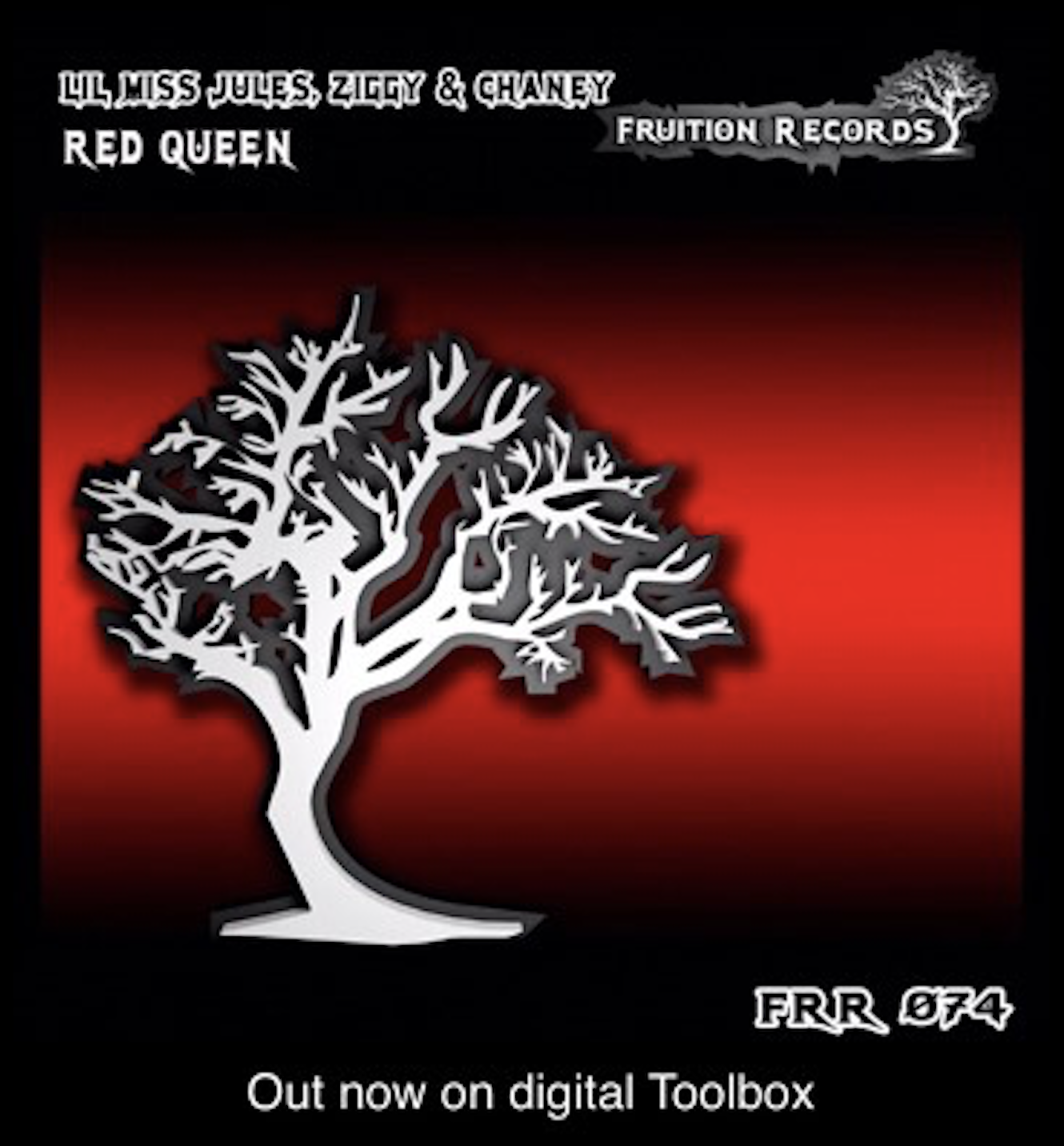 Since being released it has been getting great support and hit the Toolbox Digital Top Chart Number 1 spot in a few days. How did that make you feel?

I’m absolutely over the moon. I was hoping for top ten but this is even better, I’m blown away! I really can’t thank all my supporters enough, you guys rock and I love you all. Thank You!!

We’ve noticed the gigs have been flying in for you.

Yes, I’m really pleased with how things are progressing since we last spoke. My gig calendar for 2019 is filling up nicely, so I really can’t complain.

I’ve got my first European gigs coming up, the starting in May for Unity in the Sun in Corfu. I’ll be back in Corfu again in September playing for Northern Grooves, alongside Paul Bleasdale from Cream.

UK wise I’m playing up and down the country. April 21st I’ll be making my debut in Cumbria playing at Underground Ravecity. Then on the same night I’ll be flying across to Wigan, making my debut at Feel the Bounce at Club Pure. I’m really excited for these two gigs as I’ll be playing a different genres and going full on bounce. 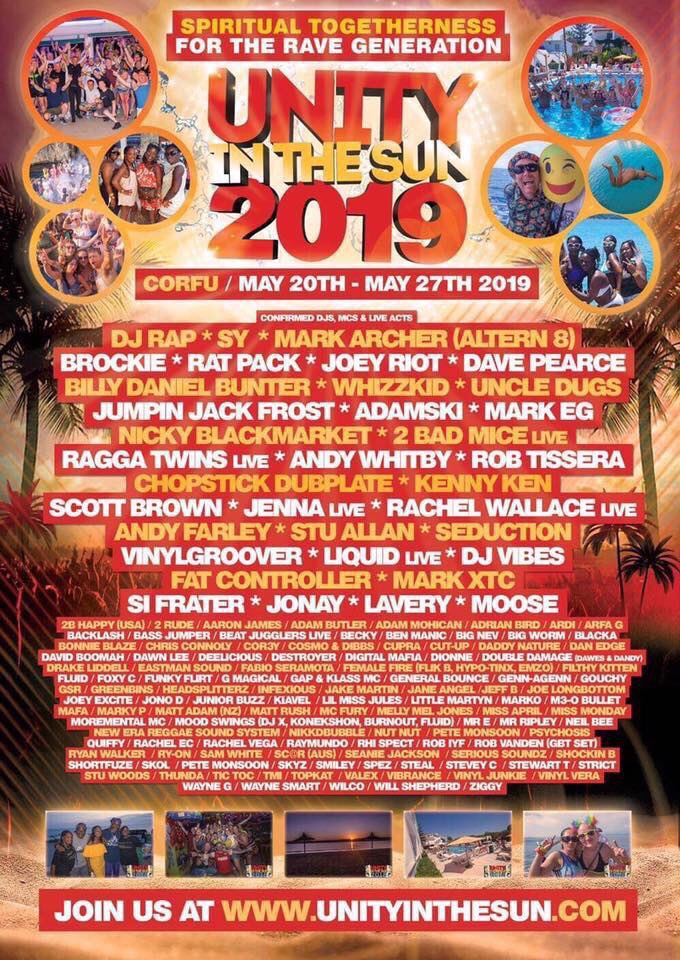 Last Christmas saw the the return of iconic Manchester hard house event North, it must have been an honour to be asked to be part of this line-up?

Yes, it really was. This night was very close to my heart as I used to attend North as a raver back in the day, so to return to play and share the line-up alongside DJs who’ve inspired me was mind blowing. The night was crazy just like it was back in the day, the crowd were up for it and partied hard. I especially loved this gig as I followed on from the absolute legend Lisa Pin-Up, and closed the night in the main room. Just a great moment!

You have some news for us in regards to the forthcoming North Reunion event on the 29th June at Joshua Brooks, Manchester.

Yes, I can announce that I have been invited back to play again in June. Which I’m thrilled about. Where I’ll be playing along side some huge legends of the scene: 12″ Thumpers, BK, Cally Gage, Guyver and many more! It’s just a dream come true for me tbh.

You’re all gunna be in for a treat with this one!! The early bird tickets are on sale now, so grab them now, you do not want to miss this. 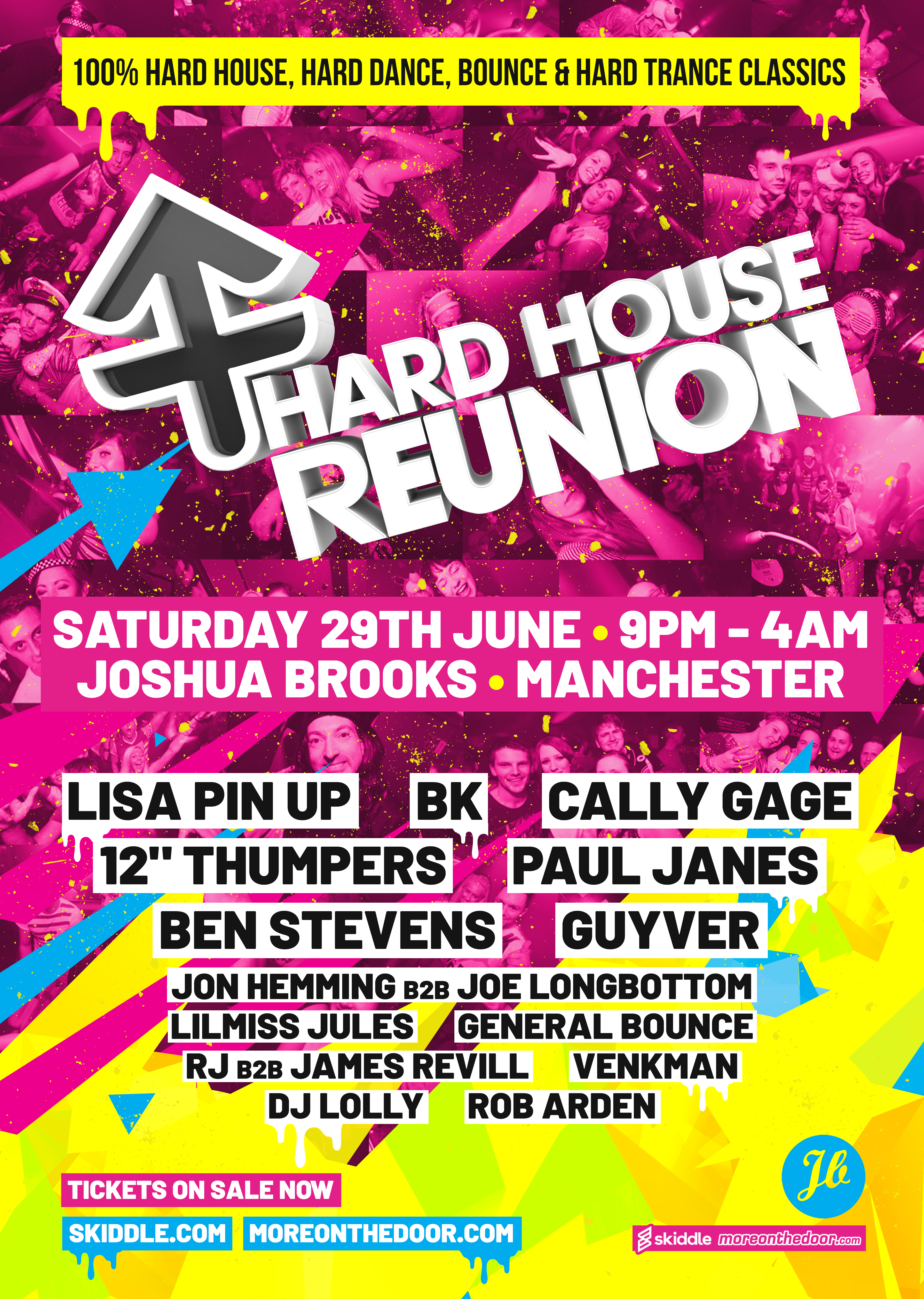 Last time we spoke you talked about your residency with Encore, but we believe you’ve recently landed another residency.

Yeah, so new for 2019 I can tell you that I’m now resident for Resonate Hard in Leicester. I’m really looking forward to working with the great team behind Resonate.

So with your first release Red Queen out now, what else have you got in the pipeline production wise?

I’m currently working on my second track, which is a solo project. It is early days for the production but it is a great opportunity to develop my Lil Miss Jules sound.

I’m also working with Digital Mafia, which I’m really excited about and can’t wait to see what naughtiness we can create together. Plus, I’ve got many more collaborations in the pipeline, so watch this space guys. 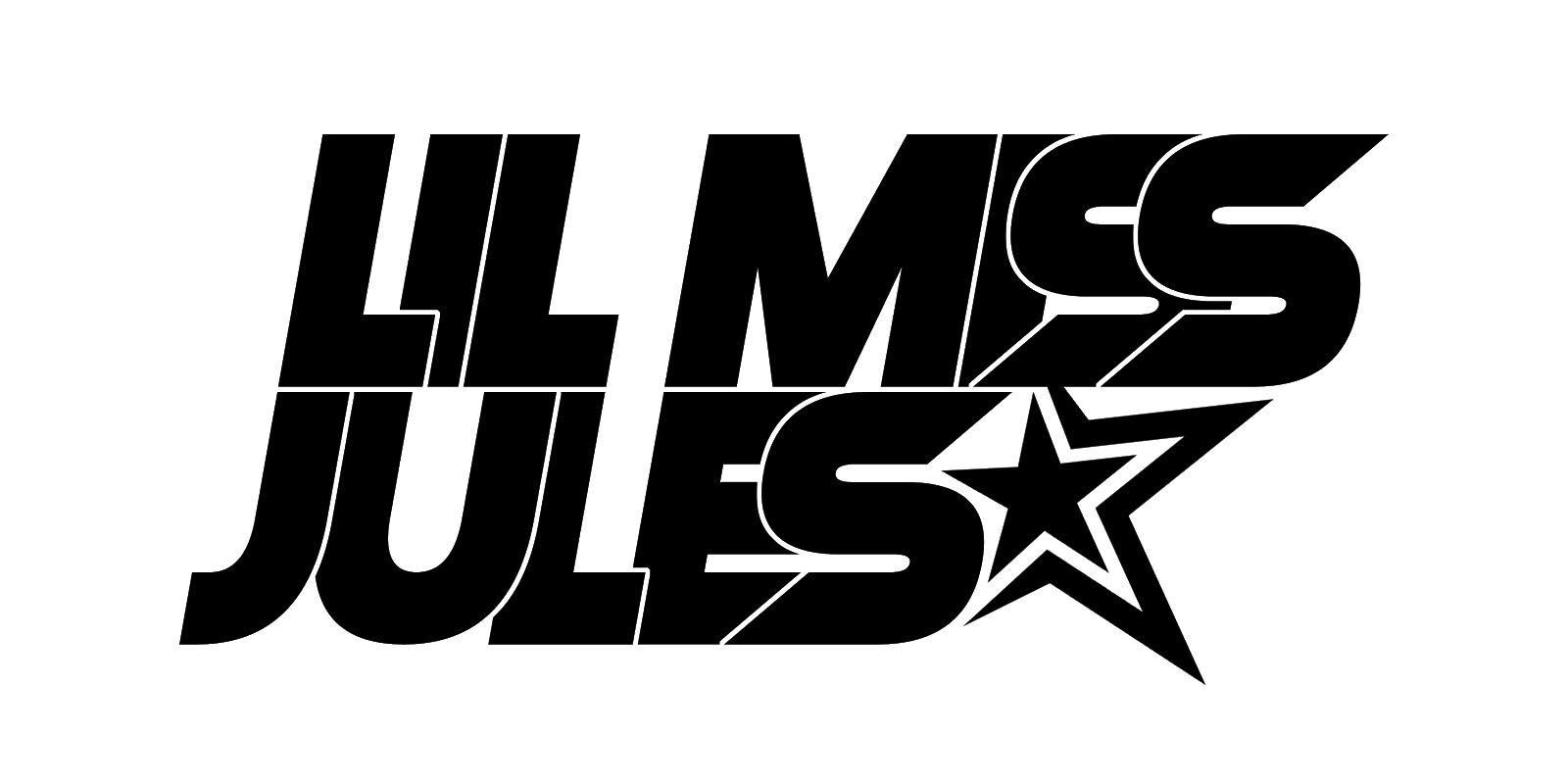 Going into 2019 what other plans do you have?

I’ve got the production bug now, so this is going to be my main focus this year. I love the feeling of creating something from nothing and it has got me hooked, so I’ll be locking myself away to learn as much as possible. I’m also aiding this learning curve by going back to school and studying the fundamentals of music production at the Lisa Lashes School of Music.

I’m already creating a track with hardhouse legend BK, and working with so many talented DJ/producers/legends on the scene is just an honour. It’s such a great school for people of all abilities and some great opportunities to be had. I have to say I’m feeling very blessed right now. 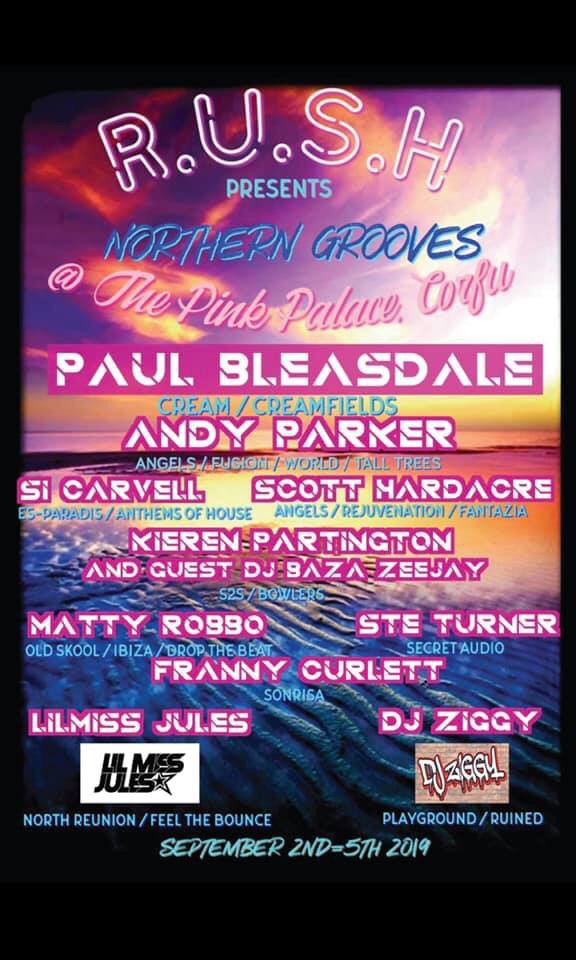 Well it’s been great chatting with you Jules and everyone here at OnTheSesh wishes you all the best for 2019.

Awwwwww, it’s been an absolute pleasure guys. Thank you to everyone at OnTheSesh and everyone that has been supporting me, it really means the world to me x