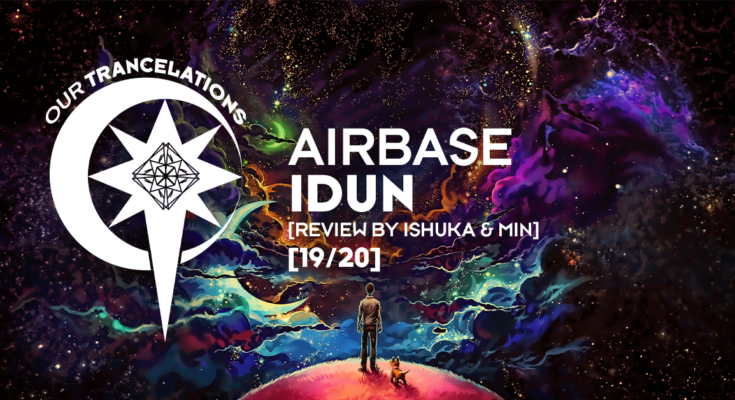 INTRODUCTION:
After Swedish House Mafia, there’s another legendary 🇸🇪 act blessing us with a return… Let’s get right to it and welcome Airbase! Some may know him from his other aliases, but he’s been focusing on Airbase since 2005. Despite the underwhelming transition within commercial Trance, he stayed true to the roots & adapted his signature “symphonic chord progression” to the trend. We can cite notable classics such as ‘Escape’, ‘Denial’, & ‘Modus Operandi’; Not to forget his 2011 album ‘We Might Fall’. Other than that, he remixed the likes of Tiesto, Armin Van Buuren, Above & Beyond, John O’Callaghan, & Safri Duo, to name a few! He also contributed to the community as one of the founders of Trance.ru, an independent blog that had a good run before shutting down in 2010. His hiatus started after releasing ‘Palm Of My Heart’ w/ Neev Kennedy & Vermillion in 2018. But now, he’s back out of the blue with a satisfying beauty!

PRODUCTION:
According to Norse mythology, Idun is the goddess of Spring & Rejuvenation, so we might get some refreshing vibes? The answer is an instant yes with the burst of blissful melodies that grace the intro, covered with a tight bassline & razor-sharp wobbles. Through a clean gateway, we get to the 1st climax which is packed to the core! From rising pads to escalating lead sounds stacked with additional toppings of different notes, it feels semi-uplifting to a certain extent though it’s progressive so far. The breakdown stars subtle pianos and short-spanned orchestral pads that lead to a symphonic update on the melodies, something he’s best known for! So what’s the 2nd climax like? It grabs elements from the past sections and merges them with the revised melodies, the top lead sounds give it a cute childish feeling. The symphonic emotions are top tier and the sound choices complement the euphoria!

CONCLUSION:
Not too modern or classic, but a uniquely designed combination of the two. It’s certainly one of the most magical things to happen in the scene this year! Lastly, big congratulations on the birth of his daughter, to whom this song is dedicated.