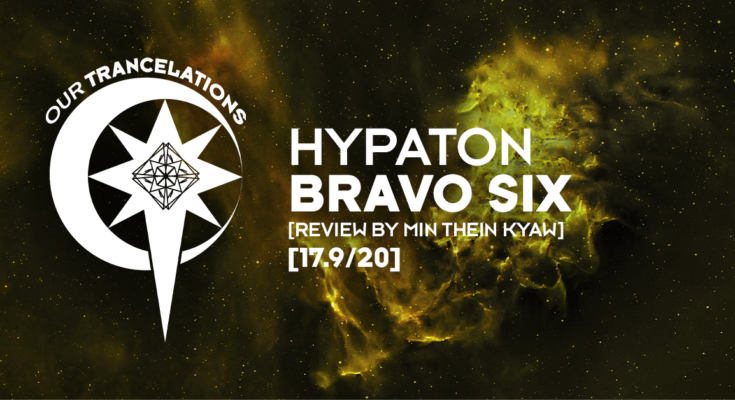 INTRODUCTION
From an apprentice of 🇮🇹 legend Giuseppe Ottaviani, Hypaton 🇮🇹 is now a staple of GO Music. His moniker comes after his father’s old band “Hypathon”, founded back in 1976! Coming from a musical family, his innate passion and production skills are brilliant. His debut was already legendary as he collaborated with label boss Giuseppe for ‘Space Unicorn’, which quickly managed to become a beloved favorite for most fans. Other than that, he has been working on Uplifting and Tech solos. And now it’s time for another hot ID that has been buzzing in GO’s latest sets, this is Bravo Six!

PRODUCTION
The mission to tear down the dancefloor starts aptly with some great drums. Upbeat synths & claps follow to boost the mood, before gloomy spacey melodies bring the breakdown. Our favorite part comes now as the catchphrase is unleashed with the 1st climax! Dirty retro basslines & blazing synths shatter your speakers, and the cheerful melodies pave the way to the 2nd installment. Faster than its 1st counterpart, this 2nd climax is also more dynamic and solidified by fiery arps. Hypaton has done a cracking job AGAIN!

CONCLUSION
What a smashing opener for the year, this 138 banger should be played everywhere! Is he preparing for his 1st album? We’re still not sure. But until then, it’s mission accomplished… Bravo Six, Let’s go DARK!