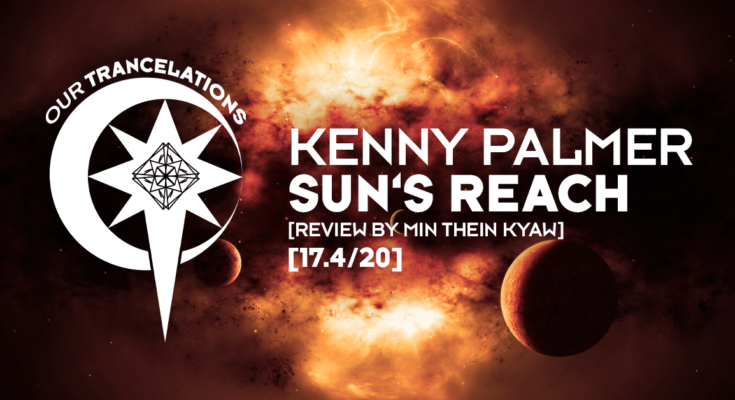 INTRODUCTION:
Although Kenny is one of the prominent 🇬🇧 talents right now, his Trance history goes way back to 1995 as a DJ at top London clubs like Heaven, Bagleys, and The Cross. He retired in 2009 before making a comeback 11 years later as a DJ/Producer. His debut on Trancespired Recordings blasted the Trance chart on Beatport by reaching 7th and staying in the top 100 for 25 days. Not only that, his other catchy tunes “Terrokar”, “Sen’jin”, “Shadowmoon”, etc. received much attention & support from the Trance tribe, notably the likes of Andrew Rayel, Aly & Fila, Allen Watts, & Manuel Le Saux. Rightfully labeled one of the best upcoming names by RAM, Steve Allen, Solis & Sean Truby; the artist has also managed to break into the Beatstats top 100 Trance artists and is currently sitting at 64th. He continues on his path with “Sun’s Reach”, yet another debut on Monster Pure — a sub of Monster Tunes. A rising star speaking about the sun, it couldn’t be more poetic! Let’s take a look.


PRODUCTION:
Dynamic flashing beats & synths wake us like the sun’s rays reaching out early in the morning. The beats get more energetic & powerful as they approach together with drums & kicks. Following are artsy, fancy, inspiring melodies that express the elevating atmosphere with wild synths & basslines wired to the climax. The latter is made of gleeful, jolly melodies & slammin’ beats that synergize effectively. A raving climax ornamented with a solid outro.

CONCLUSION:
A crispy & bangin’ tune from Kenny, just as expected of him. The melody is a bit repetitive but quite uplifting. His voyage continues, so don’t miss his upcoming outings on some high-profile labels.