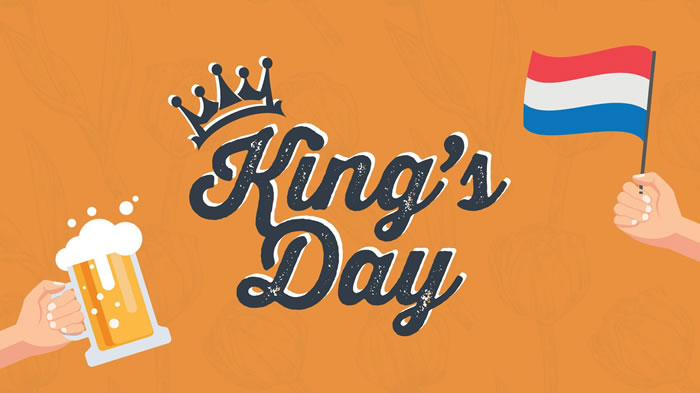 An Englishman, a Georgian, a Belgian and an American walk into a car workshop. Could be the start of a joke but this actually is the story about our Kings Day adventure.

The four of us have never celebrated Kings Day in the Netherlands. Even worse, just one of us actually knows who the King is! Sorry about that King Willem Alexander, we learned now. 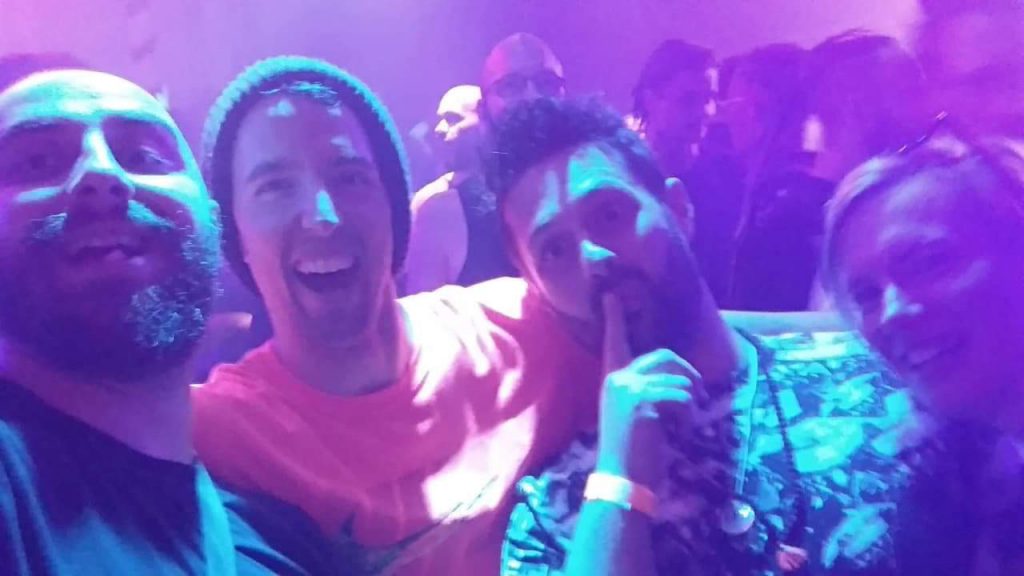 What is Kings Day actually? Kings Day is a national holiday in the Netherlands. Every year on April 27th the whole country celebrates the birthday of their King Willem Alexander. The Dutch mostly celebrate this day by organizing huge flea markets, street parties, some festivals but mainly by dressing in orange and getting drunk.

We decided to skip Amsterdam and go for Haarlem to check out this typical Dutch day. Amsterdam is the go-to city for nearly all Dutch celebrations but on Kings Day this marvelous city just gets too busy. In Amsterdam the whole city goes crazy. There are many boat parties, street events, … every square has something going on and is filled with a mass of orange, drunk people. We opt for Haarlem because we have heard of a nice little psy trance event that will happen there.

On our way up to Amsterdam we stop for Dutch pancake. If you have never had pancakes in the Netherlands… do it! So many options. It being Kings Day we get served by a girl wearing orange cat ears and the drinks come in plastic cups. After filling up a friend needs a pick up at the train station. Us being late, obviously, he wanders off an gets caught in a street party. Hundreds of orange people raving out in the street to some mainstream EDM. Fun for a bit but not what we are looking for. 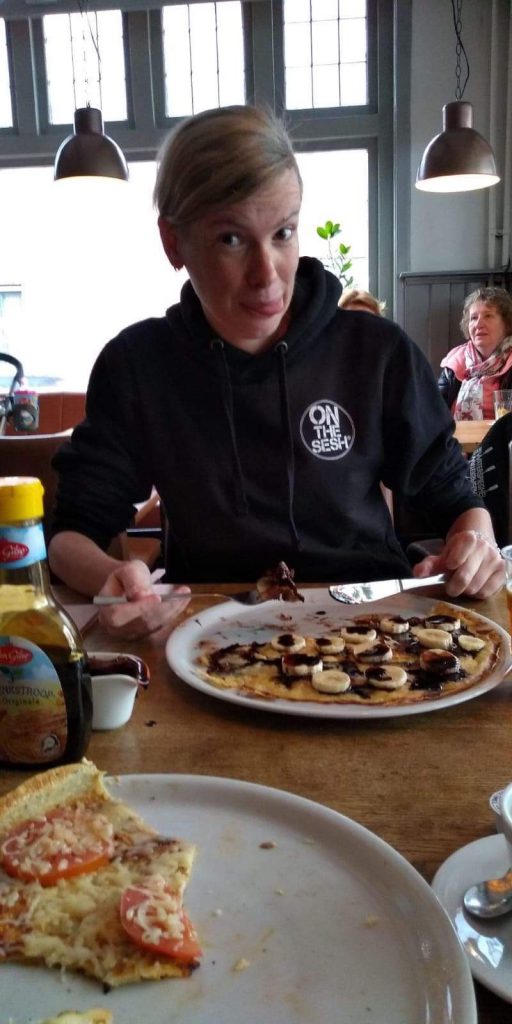 The event we are aiming for is a bit more underground. The actual location of the event is shared on social media just a bit before it actually starts. Turns out we are expected in an actual car workshop. Because it is Kings Day events start very early this day, most of them start around noon already. The event itself was magical! The car lift is used as stage and DJ booth. People are all in the perfect party mood. Drinks are plenty and the music banging. Perfect atmosphere to let us foreigners get to know the Dutch hospitality. 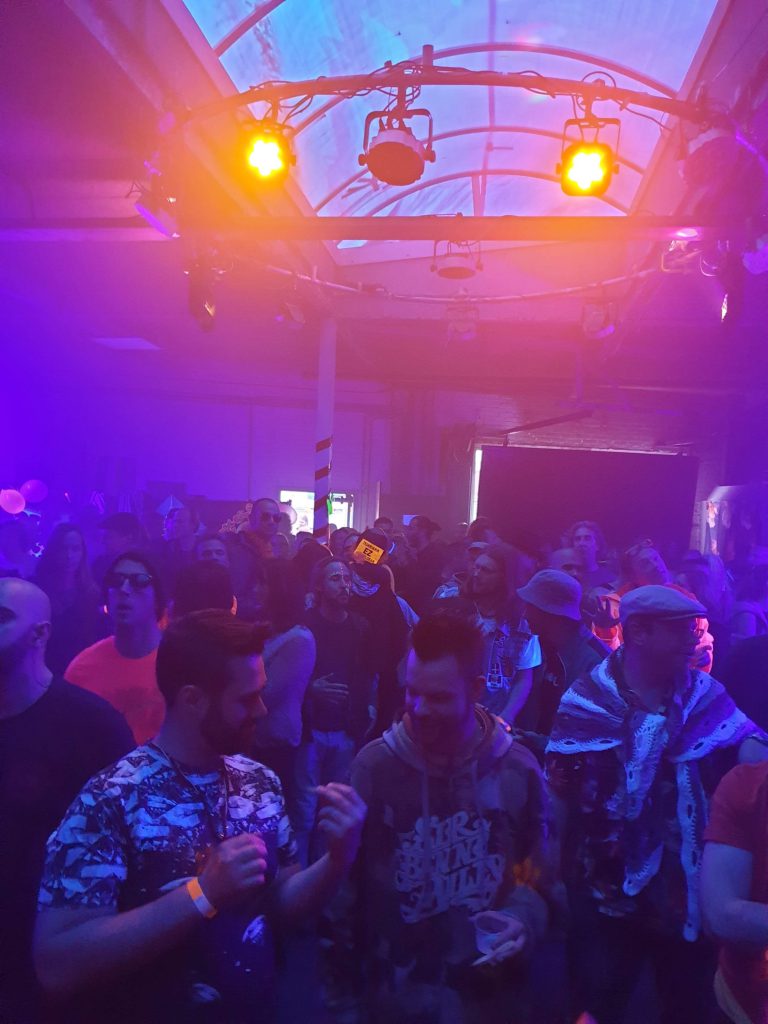 Conclusion…. if you have never done Kings Day, put next years in your calendar! Great way to get to know the Dutch. All over the country people celebrate. We chose a small underground event but there is something for everyone. Going from pop concerts over small street events to massive hardstyle festivals. Just get over there, bring some orange and go with the flow. You’ll have a fab time for sure! 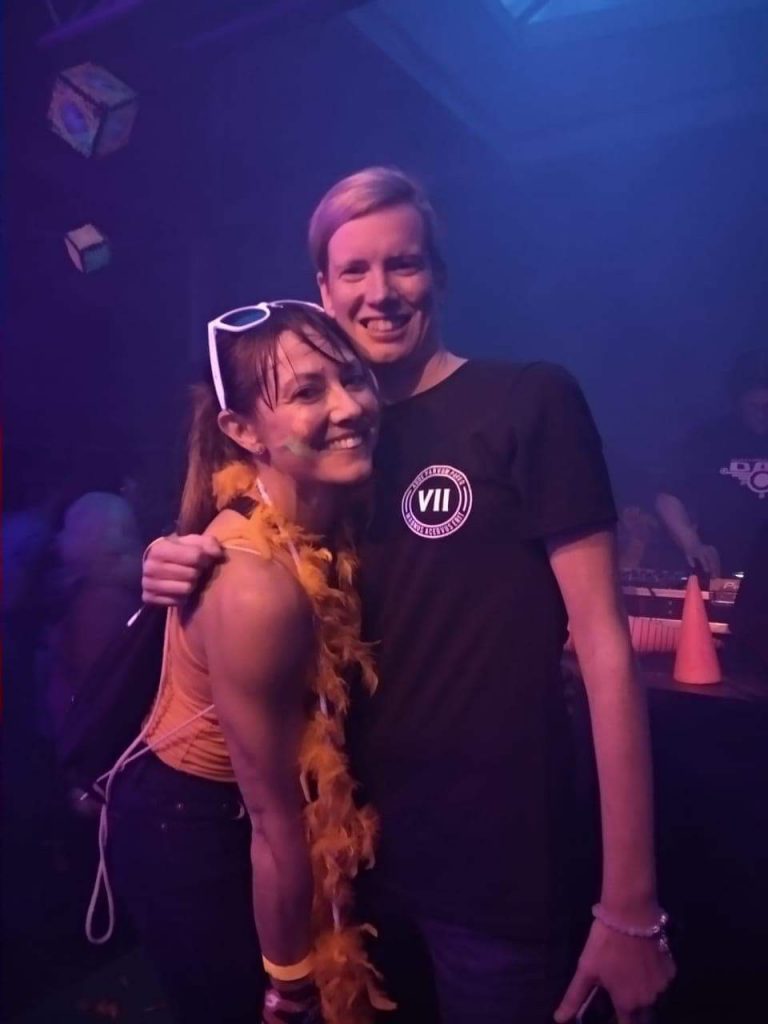 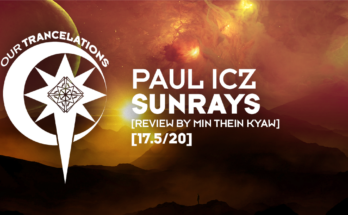