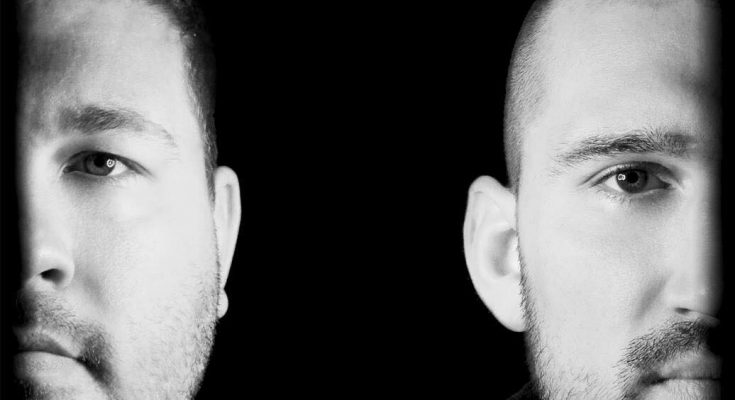 1, Right Guys, Thank you for taking time out for us at OTS.? Tell me about how you guys started.. ?

So we’ve always been into all kinds of electronic music, and when we were younger we used to mess about on DJ software called Atomix (I think?) On the big PC at home! Nothing serious but we’d both spend hours messing about on it. We also had the Music 2000 game on the old Playstation where we made some absolute bangers if I do say so myself! Haha. But even though we were clearly into it from a young age, we didn’t start taking it seriously until 2013, after a conversation is a swimming pool in Ibiza where a friend made a bet us we wouldn’t be able to learn to DJ and get a gig in Ibiza. We’re both firm believers in “You can do anything if you put your mind to it” so we accepted the challenge of course, and being confident in our ability to be able to do it, we even went a step further and bet that we’d also DJ in Space, which at the time was the number 1 club in the world. The rest is history really and it just went from there.

2, You play a of mix of Tech House, Techno, Minimal. Apart of them what other styles do you enjoy dropping into sets and also to listen to personal ?

We’ll play anything that goes really! We never plan sets so we never know what the other is going to play either, so we just go with the flow. We’ll never drop anything that sounds completely out-of-place, but if we’re closing a club and it’s the last track, you could literally get ANYTHING from us. It all depends on how we’re feeling at the time and what we’re in the mood for. We always try to think of what we’d like to hear if we were on the dance floor.

3, BRODYR is a Welsh for Brothers, is there a deeper meaning to the name other than your just brothers? 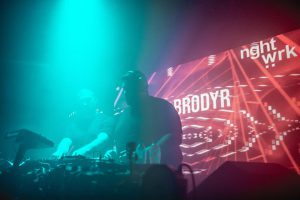 Nope! Just as simple as brothers! We’ve always been close, and always been proud of our Welsh heritage so BRODYR seemed fitting for us. It’s also a good conversation starter when people say “so how do you say it!?”

4, Talking of Brothers.. did you set out to take your musical journey together?

Yeah, we were both in the pool when the conversation came up, and we both said we’d both be keen so we just decided to do it together from the word go and I couldn’t imagine it any other way!

5, Is there a brotherly competition between yourself or banter of being the better one? 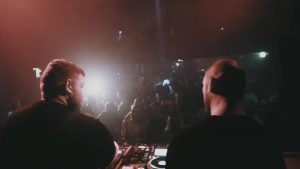 We always have banter and a laugh, constantly trying to pull pranks on each other, but when it comes to the work there’s definitely no competition. We both work to our strengths to get things done. We’ll always try to have a laugh, but we know when to take things serious.

6, when you aren’t playing music or destroying dancefloors around the world what do you in your share time.?

We both own another business together so we make sure that’s running smoothly, but we try to spend as much time as possible in the studio making new music. We’re also suckers for a holiday abroad! But if we can kill two birds with one stone and get the gigs abroad too then as long as we get some sunshine we’re happy.

7, You have played Warehouse Project and Space to name a few what would be your dream event or venue to play ?

I think we’ve been extremely blessed with the gigs we’ve played, we’ve never had any form of management, so it’s all come off the back of people seeing us play and wanting to see us again. We’re residents at nghtwrk so a lot of the gigs we’ve played have been billed under nghtwrk and not BRODYR, such as Hideout & Parklife etc. I think the main focus for us is going to be returning to all of the previously played venues but under BRODYR off our own back. If we were to choose some parties we’d love to play though would have to say Music On at Amnesia would be number 1 choice. Other than that Ants at Ushuaia and Hi is an impressive venue too which would also be pretty sick!

8, You have done a few remixes and dropped a few Eps… any plans on dropping more. ?

Yes we’ve got quite a few projects on the go at the minute! We’ve been busy in the studio trying to get things done and we’re happy with the stuff we’ve been making and we’ve had amazing responses from the crowds. We’ve got a 2 track EP dropping in January on Mushroom Smile Records, and we’re also working on EP’s for Libero, Be Color, High Pressure Music and we’ve had a few other requests off the back of the Mushroom Smile promo’s going out so you should hopefully see some steady releases from us in the coming months.

9, you released a funny video about beckham kissing his daughter and how it’s ok to kiss family etc, which you then went to kiss each other but chicken out ha. What do you think of social media and the positives it as but also the negatives it brings to the table.. social media is great for music getting events out there and music out there but does the negative out weight the positives for DJ’s and Artists ? ……..

I guess it’s a hard one really because it’s the world we live in. I think ANYONE whether you’re a DJ, a producer, a singer or even a business, you’re going to using some form of social media. It’s great for getting your message out to people, but it can also be boring posting the same stuff over and over! That’s why amids the usual boring stuff that we need people to know about you’ll always find some kind of video of us being idiots or just having a laugh. Some of them we’ll put as posts, others are exclusive to stories! But they’re always worth a watch and sometimes you get to see the real us, just having a laugh and enjoying ourselves!