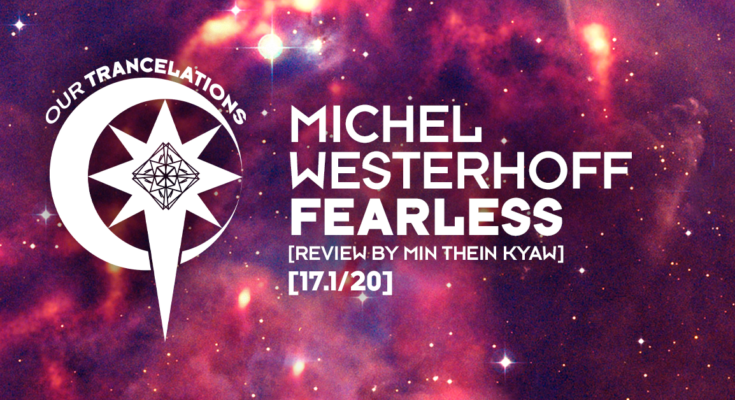 INTRODUCTION:
The time has come for us to visit one of the underrated labels in the Trance arena: Redux Recordings. We have mentioned the label in some of our previous reviews & recapped some of their releases as well. Today we shed light on Michel Westerhoff 🇳🇱, whom we noticed via his collaboration with Ablazing Records boss Rene. That collab “Made In Holland” has been supported by huge names in the scene like Solarstone, Andrew Rayel, Manuel Le Saux etc. Not to forget some of his other records on Above All Records that were also greatly received. In addition, his “social content”, as well, didn’t go unnoticed. A big fan of Armin van Buuren & Ferry Corsten himself, he would make memes & fan arts about them, which were picked up & praised by Ferry. Following the success of “Made In Holland”, he makes a return to Redux to unleash “Fearless”, his 3rd entry on the label!

PRODUCTION:
“Fearless” starts with firmly solid beats that trigger the aggressive & powerful segment of the track. They build up together as the beats get faster & more energetic, then they are followed by catchy synths. Attractive, exciting piano melodies influence the beats & sway the vibe towards a touching & fiery display, it goes on while dashing synths come to uplift the track into a cheerful breakthrough. That’s where we witness the alluring melodies turning into festive & powerful ones. The climax is sparkling & blazing with the recent melodies enhanced by steady snappy beats & polished without bounds, “fearlessly”.


CONCLUSION:
The usual banger we expected from the talented Michel. We are also looking forward to hearing his remix on Aural Sonic & his debut on State Control Records! Keep an eye, or two?, out for his upcoming stuff.