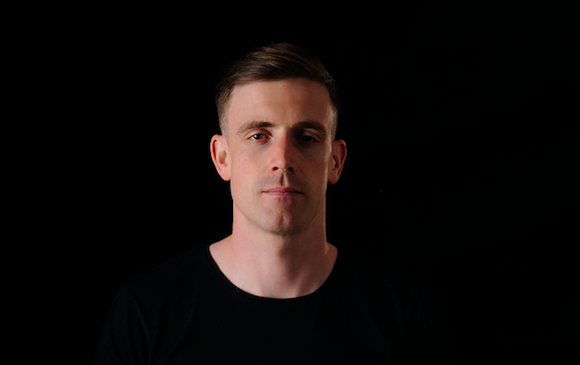 Bryan Kearney has become a standout name within the Trance scene due to his impressive sets, which see him headline events all over the world, as well his memorable tracks such as ‘All Over Again’ and his remix of Plumb – Need You Now.

Not just content with running Kearnage Recordings, the Irishman has also held label parties in cities such as Melbourne, New York and San Francisco. On the 17th November Trance Sanctuary host a Kearnage event and we caught up with Bryan ahead of that party.

Hi Bryan, thanks for speaking to On The Sesh. Your label Kearnage Recordings recently celebrated its 100th release, which of course is no mean feat. What did that personally mean to you?

Hi guys. Yeah, it felt really good to finally achieve our 100th release. I started the label in 2010 and it has continued to grow year by year. The emphasis has always been on quality over quantity. You see some other labels releasing two or three tracks every week; you can’t possibly maintain a level of quality if you’re releasing so many tracks in such a short period of time. It’s all about giving each release the time and space to do the best that it possibly can. I’m proud of how the label has grown and maintained its integrity.

What has been some of the highlights from those 100 releases?

There’s been plenty of highlights on the label include the following:

I like every single track that I’ve released on the label but these are the standout ones for me.

So that 100th release was a collaboration between Sneijder and yourself titled ‘Killer Instinct’. It’s the 3rd track you have made together, so what is it like working with him? 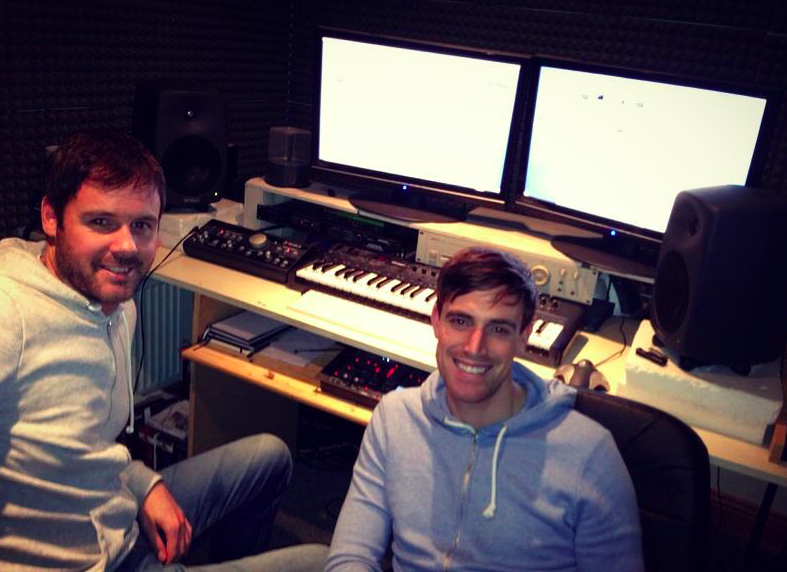 I’ve known Sneijder for years; we get on really well so working together has always been smooth and productive. Each collaboration has always begun with myself developing a melody or theme for us to use. Proper Order, Next Level & Killer Instinct all followed this way of working. I travelled up to Sneijder’s studio to work together with him and to get a basic structure in place of what way the track was going to go. After that, it’s usually just sending the idea back and forth until we are both happy with the final outcome. Killer Instinct began as an idea at the start of this year and we were working on it for a few months. It was the perfect choice for track for our 100th release. Unfortunately, Beatport made a complete and utter balls of the release and as a result the track didn’t get featured in the new releases or have a banner in place, apparently the person in charge of their trance section was on holidays that week or some other nonsense. Other releases that came out at the same time managed to get their banners and their tracks featured but ours didn’t. The live reactions to the track make up for it.

For a lot of Trance fans, they would have first heard of Bryan Kearney due to your Discover Records releases from 2005 such as ‘Restricted Motion’, ‘Exactly’ and ‘More To Life’. How do you look back at era?

They were mad times but I do look back fondly on them. ‘Restricted Motion’ is massively underrated. ‘Exactly’ is a classic, a timeless track that still sounds as good now as it did back then. ‘More To Life’ sums up that period of my life. I was working full time as an apprentice electrician, working 12 hours a day and I had no time to work on music. All I wanted to do was make music and DJ and I had to go working at a job that I hated and that I knew I wasn’t going to be working at as soon as I finished my apprenticeship. I think you can hear the anger and frustration in ‘More To Life’, that’s how I felt at that time, that there was more to life than been stuck in a job that I hated. Thankfully, I finished my apprenticeship in 2009, I walked out the gate of the building site that I was working on and I never went back. I went full time at music during an economic crisis, which was a massive risk, but I stuck with it. I’m glad I did.

How would you say your sound has evolved since then?

It’s constantly evolving. Trance and Techno have always been at the core of my sound, whether it is at either end of each spectrum or a combination of the two. I’ve gone through phases of incorporating different styles of music but it has always comes back to trance and techno. I think I’ve improved a lot as a producer over the past few years and as a result I’ve become more self sufficient and my sets contain a lot more of my own tracks. Working with John on the Key4050 project has taught me a lot of terms of simplifying the process of making music. I invested a lot of money into a purpose built studio and I’m really starting to bear the fruits of this. There’s Bryan Kearney, my trance side, there’s Karney, my techier side, and there’s Key4050 with John O’Callaghan that is continuing to evolve in terms of its diversity.

How enjoyable but also challenging physically and mentally is it to be a Producer, a DJ playing all around the world, a label owner and fitting in everything else in life?

It’s challenging both physically and mentally but I wouldn’t change my job for any other one. I play all over the world and the travelling is now something that I really enjoy. I’ve built up a high status with a number of airlines from playing so many gigs across the world so I’m able to travel in comfort. Jetlag can be extremely difficult to deal with but my doctor prescribes me sleeping tablets and this is a massive help in combatting the effects of travelling through multiple time zones. I never take them other than when I’m traveling, once I get home, that’s it. I exercise and go to gym 4 – 5 times a week, the main reason being that I find it extremely beneficial to my mental and physical health. I look after myself in terms of what I eat during the week and I’ve cut back my alcohol intake a lot over the past 12 months. I’m 35 now, I don’t have the tolerance that I did in my younger years, I want to have a long, productive career in music so it’s essential for me to look after myself. I don’t read any comments about myself online, I find that positive comments can be just as damaging to my own mental health as the negative ones. I want to remain neutral in what I do. I just want to make music, play my sets and hopefully people enjoy what I do.

With regards to running the label, I have Robbie that takes care of lot of stuff to do with Kearnage. I know that it is in good hands with him but all the major decisions are still made by me. I try to have as much balance in my life as I can. I’ve gone through periods of my life before when I had no balance at all. My sole focus was just on music and being a DJ/Producer, I completely lost of any sense of who I was in terms of being a normal person. Thankfully, I’ve a lot more in my life than just music and I’m able to separate my working and personal life.

What have been some of the highlights in 2018 been for you?

It’s been a really great year for me in terms of gigs and releases.

My favourite gig of the year would probably be my closing set at Luminosity on the Saturday. It gets better every year.

In terms of releases, my biggest track this year has probably been my track with Deirdre McLaughlin ‘Open My Mind’ that came out on Kearnage. The vast majority of the tracks that I have made this year are unreleased. I set myself a target at the beginning of the year of being able to do a full Karney set which I then debuted at Subculture in Melbourne. Another personal highlight. The success of Key4050 in 2018 has also been excellent. 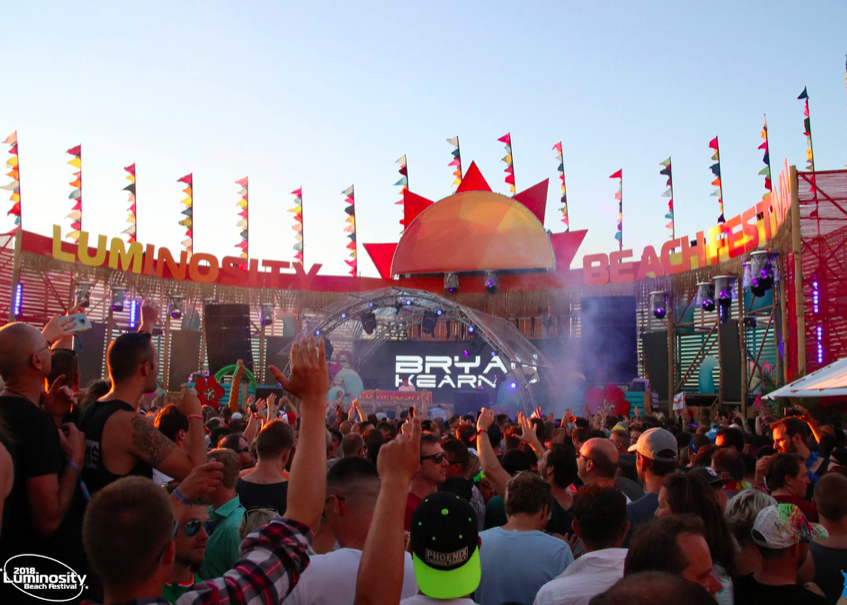 Which artists have been regularly featuring in your sets over the past year?

Cold Blue has been the star of 2018 and his track ‘Rush’ is the track of the year.

On the 17th November you will be taking Kearnage over to London to join forces with Trance Sanctuary for a sell-out show. What are you most looking forward to about it?

As I said at the event last year, Trance Sanctuary is probably one of the only clubs in the world where I feel that I can play a set full of trance and not have to change my set up with more reactionary music to keep the crowd interested. The crowd is easily one of the best in the world to play to. We come from the same generation so our musical tastes are quite similar. This year will see me play for three hours for the first time and playing for this extended amount of time means that I can really delve deep into my musical collection and create something special for this event. Also, this is the first time that the event has been held at Fabric, one of the best clubs in the world so it makes that extra special. I can’t wait for it. 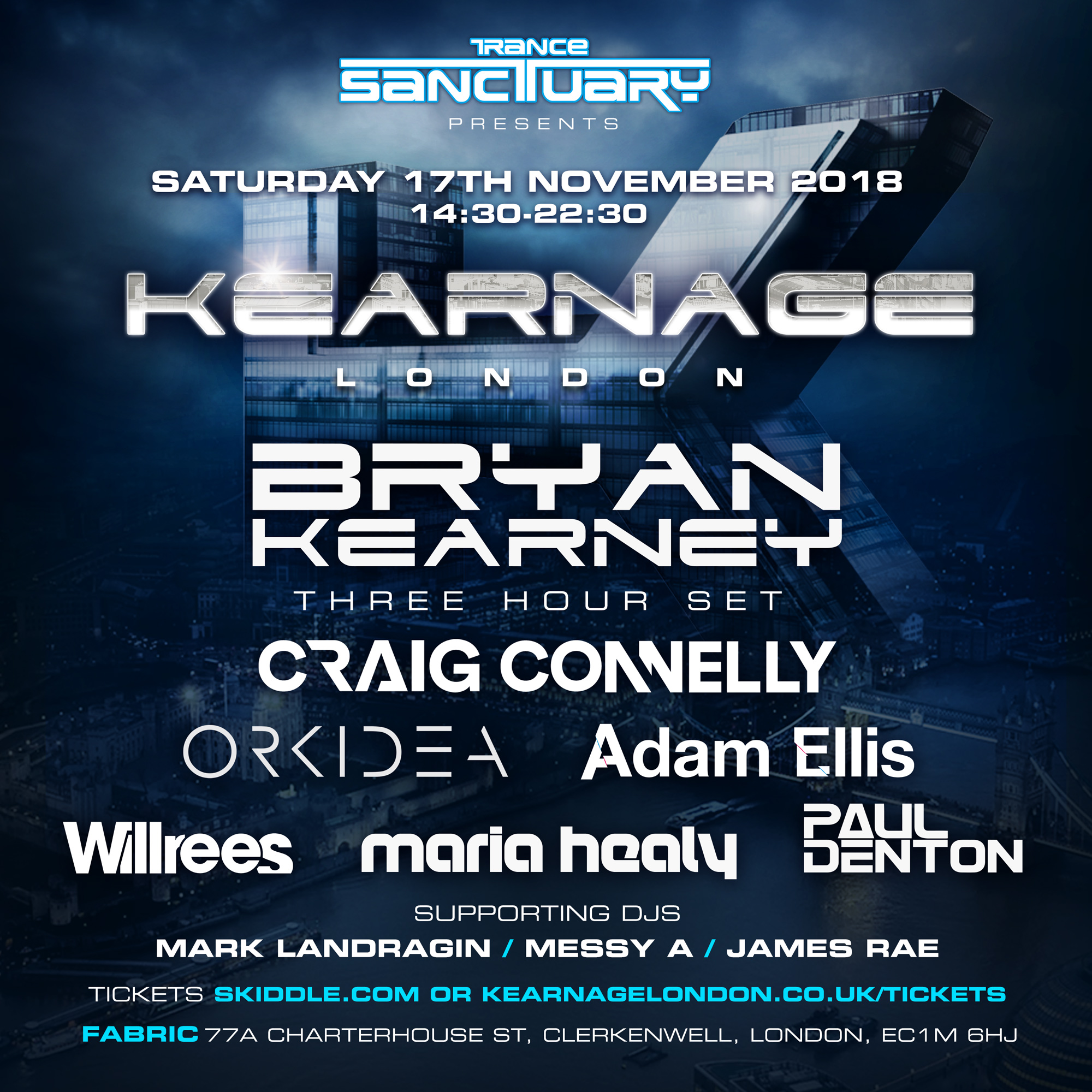 Kearnage label artists Craig Connelly, Adam Ellis, Will Rees, Paul Denton and Maria Healy are also on the bill. How much satisfaction does it give you that they are involved in this event?

Kearnage wouldn’t be Kearnage without the artists providing the releases on the label. They are an essential part of its success to date. It’s extremely satisfying to have them on board for this show. This is our third Kearnage in association with Trance Sanctuary. Each year has been an improvement on the last one. Bring it on.

All the best Bryan for the rest of the year and thank you for speaking to On The Sesh.

Massive Thanks to Mark  Landragin from Trance Sanctuary.