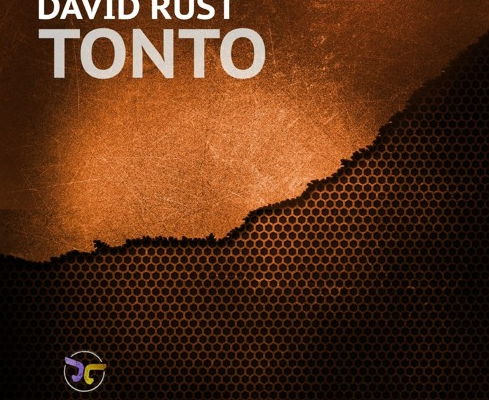 Who was that masked man?

I couldn’t resist the Lone Ranger reference but actually this has nothing to do with Kimo Sabe’s faithful Native American companion. In Glasgow, to go Tonto means to lose the plot, and this track is aptly named.

I first heard this as an ID during the insanity that was David’s Luminosity set, closing the Sunset Area. For those of you who have yet to experience one of his live sets, Rusty mixes in and out of tracks with dazzling speed, so much so that at times you don’t fully register a track. Not so with this banger. It stuck in my mind right from the start and I spent a couple of months of frustration waiting to hear it again.

There’s a lot going on here, and there’s a deceptive amount of complexity and even subtlety that really only becomes clear on repeated listening. Don’t get me wrong, this is a 140BPM belter that picks you up by the scruff of the neck and carries you to the last note. The whole thing has a dark techy feel, with the mostly incomprehensible vocal samples adding an air of manic insanity.

The subtlety is in part how although the breakdown is quite lengthy and sparse, it carries the energy through it with no real diminution with a relatively understated drop at the end which notches thing up nicely to the next level.

For inept bedroom DJs like myself (although I do it in the kitchen) it is nice and easy to mix with the 40 seconds or so of intro giving you a clear kick to beat match to.

Although this grows on you with repeated listening at home, it’s a track that really only comes into its own when heard as part of a set played out. When Ashley Bradbury dropped it at my Birthday/Wedding bash we grinned at each other like crazed idiots!