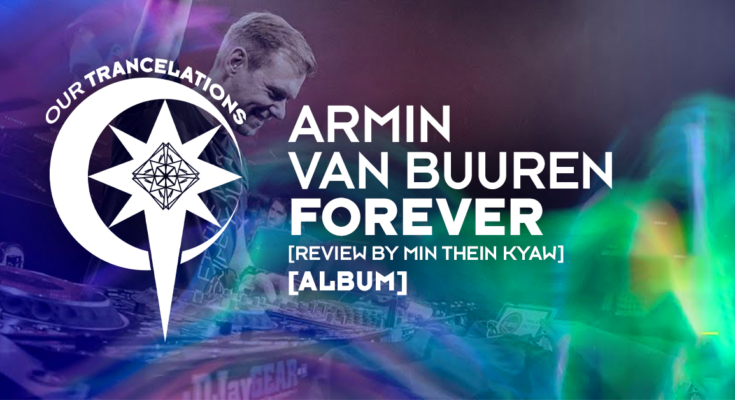 After two decades, the world-renowned Trance radio show ‘A State Of Trance’ has reached its 1000th milestone! Armin van Buuren & co-host Ruben De Ronde🇳🇱 first announced the All-Time ASOT Top 1000 as voted by fans. To engrave this memory forever, Armin then decided to make an album including unexpected collaborations with some legendary names: Aly & Fila 🇪🇬, AVIRA 🇨🇦 (aka Assaf), Giuseppe Ottaviani 🇮🇹, Jorn van Deynhoven 🇳🇱 🇩🇪, M.I.K.E. Push 🇧🇪, Maor Levi 🇮🇱, Paul Oakenfold 🇬🇧, Rank-1 🇳🇱 (duo of Benno De Goeij & Piet Bervoets), Sander van Doorn 🇳🇱, Susana🇳🇱, & Tom Staar 🇬🇧! Since we’ve talked extensively about some of them before, we’ll be presenting the others. First is 3-time Grammy & 2-time World Music Awards nominee Paul🇬🇧. Also founder of the legendary Perfecto Records, home to some huge classics. He was voted #1 twice in DJ Mag (1998 &1999). Being very prolific, he used many monikers such as Perfecto, Planet Perfecto, & Virus. Not only that, but he also produced other genres like Rock, Pop, House & more! Among his collaborators: Madonna, The Stone Roses, Ryan Tedder, & Rihanna! Moving onto another 🇬🇧 legend, with notorious anthems on Axtone, Spinnin’, Size, & Mau5trap. No doubt, it’s Tom and his thumping tribal/percussive signature! With his groove-buddy Kryder, they were a driving force behind the ‘Cartel’ movement that introduced many new creative names. Not to forget their high-profile originals & remixes including ‘Don’t You Worry Child’. Tom is now part of the extensive Armada roster. Speaking of Armada, one of their early signees Mark Otten 🇳🇱 is involved as well!

About the featuring vocalists: Josha Daniel 🇳🇱 has few releases on Enroute, the label from Quentin State (from Volt & State). He was part of pop band Silent War before pursuing his dream solo. Kazi Jay 🇺🇸 is an independent recording artist, songwriter, & active performer at different venues. She got the chance to be the vocalist on the historic 1st collab between Armin and Aly & Fila- which also involves Nicholas Gunn 🇺🇸 in the composing team (see our ‘Fallen’ review).

With our history class done, it’s time to move onto the crux of the review.

Turn The World Into A Dancefloor (ASOT 1000 Anthem)

The Greater Light To Rule The Night (w/ Rank 1)

In The Dark You Shine (w/ Push)

Home With You (w/ Susana)

Our collaborations wishlist is certainly extensive, but this album is satisfying enough! Maybe there will be more soon. Besides, this is a perfect way to celebrate the milestone with people who were a big part of his exceptional career. This is ASOT Forever, with artists from the past, present, and future.

Follow:
Our Trancelations
Armin van Buuren
A State Of Trance