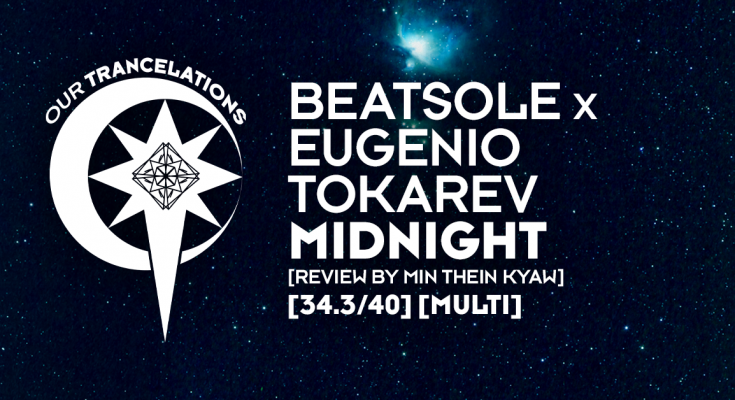 INTRODUCTION:
Alexey Abrosimov 🇷🇺 aka Beatsole isn’t a new name to our fans or anyone in the Trance scene. He has huge hits on esteemed labels like ASOT (& subs), Raz Nitzan Music, Black Hole (& subs) which of course generated great clout among the biggest names. Evgeniy Tokarev 🇷🇺 🇪🇸 is one of our favorite talents & also an A&R at Monster Tunes. His breakthrough came when he remixed  Shogun’s 2013 gem “Find Me”. He would also feature on ASOT 2020 with a remix for Sunset & Alpha Force 2013 hit “With You”, and debut on FSOE with Exouler. His take on Ruben De Ronde’s recent hit “Wanderlust” got much recognition & support. It is only natural that the two russians are now teaming up for “Midnight”, their 1st collab, that also comes with a Bryn Liedl 🇨🇦 remix. The latter emerged around 2014 & released on many Trance labels including Freegrant, Big Toys Production, Elliptical Sun. He became a Euphonic regular since his 2018 debut “Berlin Haze”.

Powerful & emotional…a balanced tune. Steady, light & lusty beats made the entry & took us to the major theme. Beautiful piano melodies, elevating synths & echoes delivered the uplifting side of “Midnight”. Then, dashing & euphoric beats connected the climax and its lively beats & pleasing melodies. The “bright” side of the package indeed.

Bryn pushed “Midnight” to a dark, groovy, & punchy Progressive side that provides another flavor. Starting with the bouncy groovy beats & kicks that bring a refreshing summer vibe. Few main melodies combine with heavy techy synths that make it feel more like an original rather than a remix. Such an energetic rendition that would be played at parties & clubs, or while driving at night—especially at midnight!

CONCLUSION:
A brilliant original & a banging remix. They did their jobs well. Impatiently waiting for what they have in store for us next.