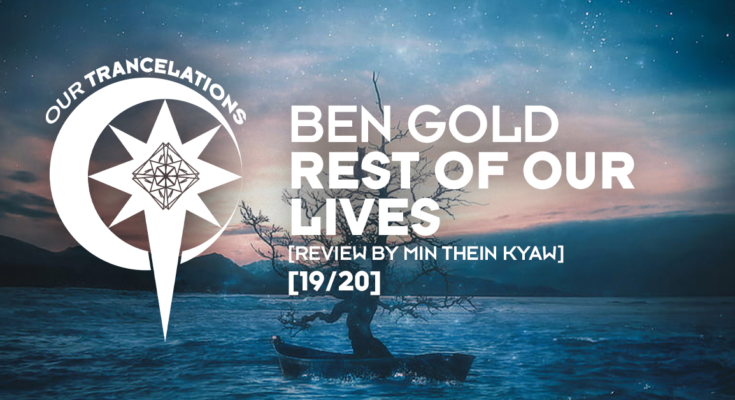 INTRODUCTION
It has been 2 years since we first reviewed 🇬🇧 🇳🇱 legend Ben Gold, on that occasion we looked at his remix of Simon Patterson’s big hit with Lucy Pullin, “Blink”! We are once again featuring him through the title track of his upcoming album “Rest Of Our Lives”. It’s his 3rd album after Sound Advice Chapter One & Chapter Two. Other singles released include mega collaborations with Plumb, Yasmin Jane, Benjamin Duchene, and a few solo productions. In fact, “Same Sky Same Star” with Plumb took over Beatport charts as it appealed massively to fans, especially Vocal Trance lovers. “Rest Of Our Lives”, the single, was premiered 2 years ago on his radio show “Amplified Record Shop”. It enjoys a legacy of its own, with many dubbing it the follow-up to “The City Sleeps Tonight” with Zoe Low, a prominent track from Sound Advice Chapter Two. Let’s now live this production together so we can come up with our own conclusions!

PRODUCTION
The energy is introduced thanks to perky beats and echoes that follow us to the entry of the 1st verse. That’s when the enticing vocal becomes the centerpiece of the mix, taking firm control as the sentimental vibe flourishes second by second. The lyrics are heartwarming, memorable, and effective in making us misty-eyed by the 2nd verse. An uplifting arrangement with neat melodies slowly rises to add some variety and pave the way for what’s next. We’re talking about a spotlight moment as the soundscape comes into action with intricate breakdown melodies. Lastly, we arrive at the climax with its pleasant melodies, brilliant synths, and starry bass notes that all complement the vocals; It will pour you a moment full of bliss!

CONCLUSION
As expected from a hit-maker like Ben Gold, this vocal Trancer has enchanted our hearts. The vocals & lyrics also provide beauty and warmth and effectively evoke tenderness and passion. Make sure to check out the album that will be out in a few days! 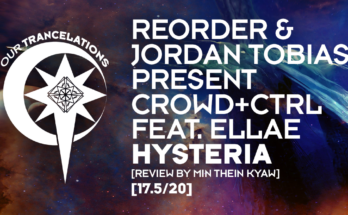