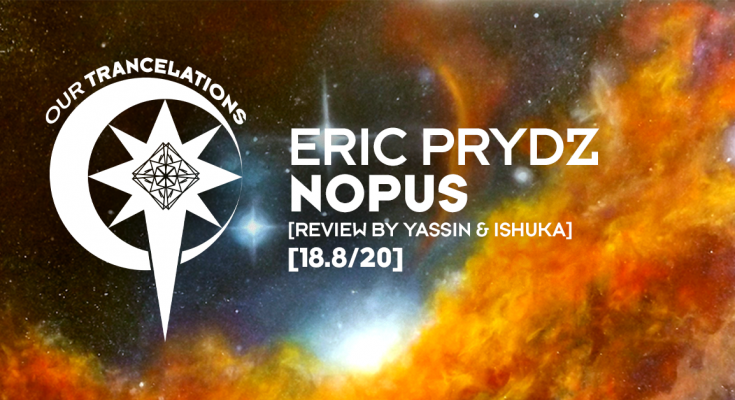 INTRODUCTION:
4 earthly years after its EDC LV premiere, fan-named “Nopus” is now finally within our reach to mark the first release of Eric’s main alias in quite a while. Eric Prydz 🇸🇪 has created a big legacy in Progressive House & Dance in general, all the way from his early-2000s hit “Call On Me” to late-2000s “Pjanoo”. His alias ‘Cirez D’ has set a benchmark for Techno while his other alias ‘Pryda’ goes under the underground progressive sound, which has defined the career for both Progressive & Trance artists. Other than that, there are many other solo & joint projects and he’s even a founding member of Swedish House Mafia, after all, he has worked before with the likes of Axwell & Steve Angello separately. His live performances are EPIC, not only in name but also in visuals, we’re probably talking about the best ones out there, and he mainly makes tracks to play them live so it’s a pretty special experience–that also results in countless IDs with bizarre names. Let’s now see how “Nopus” fares and if it compares to its namesake “Opus”.

PRODUCTION:
Leading the way is a combination of graceful piano chords & hypnotic arps. Not to mention the majestic pads on top, those voices feel like stars shining in the mix. The progression is yet again masterful, to say the least, it’s something Eric does consistently and also a component that distinguishes his sound. When we reach the climax, a signature Prydz bassline is introduced along with a delightful synth, it’s pretty much a melodic bonanza. Just before the breakdown, an electric guitar synth gives off that ephemeral feeling of the world moving around you. Indeed, in the midst of this musical epitome, you feel like you’re spiraling towards bliss.


CONCLUSION:
Nothing new here folks, just Eric Prydz working his magic once again. He always manages to deliver masterpiece after masterpiece, no matter the style. This ecstatic, intense follow-up for Opus will surely be a new addition to the anthems of the genre.