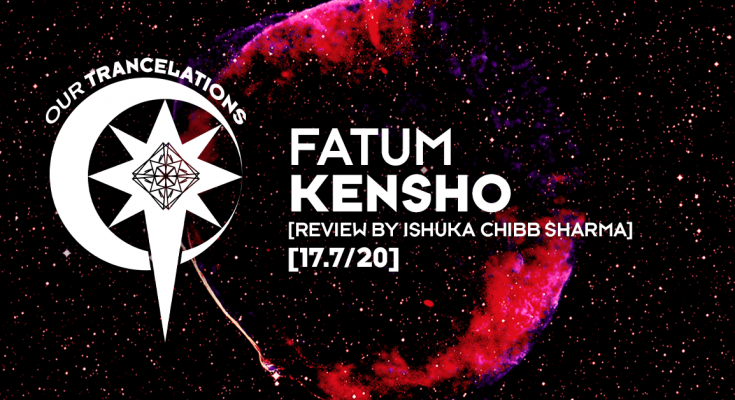 INTRODUCTION:
After 3 glorious recaps we’re finally inspecting a track from Fatum 🇺🇸–meaning “fate” in Latin. The trio (formerly a quartet w/ the late Bill Hamel, founding member & legendary producer) consists of Bruce Karlsson, Chad Newbold & Daniel Davis. While Chad is an exclusive member, Bruce has released under many side projects such as Norin & Rad with Nick Sember, Artificial with Andrew Bayer, & Lazer Lazer Lazer with Maor Levi. Similarly, Daniel also went under the alias Judah. The group has a huge rep among the likes of Myon, Andy Moor, JES, Paul Oakenfold, Above & Beyond, & Armin Van Buuren. They’ve in fact collaborated & remixed most of them, with even a Grammy Nomination on one occasion. Their productions have always remained solid, crispy, & accurate as they have a great grasp of melodies & basslines giving them a kind of sound that can be used outside Trance as well. Indeed, this time we’re into the deeper side of their style. Let’s see the connection between Kenshō & the underground.

PRODUCTION:
Kenshō means “seeing one’s true nature” in Zen culture 🇯🇵. The title already sounds deep, & the track is an even further dive! It begins with a very ambient & atmospheric intro, an interesting development to their production, along with a powerful riff supporting the background brilliantly. Around 1.5 minutes later the beats appear with a tight drum scheme under plucks, arps, & heavy bass wobbles done with impressive sound design; it is all very progressive. The breakdown appears with chants & harmonic orchestral pads with intro riffs sealing the cinematic package. This builds up with a new melody, while the dark mood is intensified… showing it’s true form, deep yet powerful, the drums also play an amazing role here.


CONCLUSION:
A fantastic opening track for any set. The radio edit may sound underwhelming, but as soon as you hear the extended mix the theme gets clear & the track even more enjoyable. Fatum designed a journey with their sound, and I love how they’re always innovating!