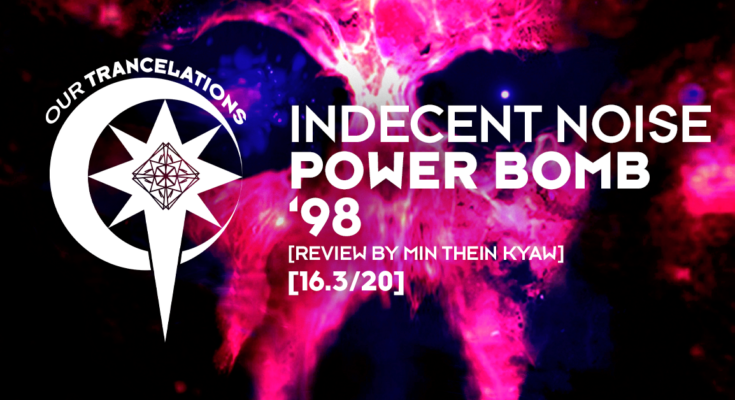 INTRODUCTION:
Apart from being one of the leaders of the 🇵🇱 Trance scene, Indecent Noise is known for his characteristic productions in sub-genres of Trance, Progressive, & Techno. These releases span across his many aliases: Baltic Sea Beach Club, Raw Tech Audio, Pierre Dolnique, Noise Tek, & more! One of his projects, Mental Asylum, also inspired the launch of his label with the same name in 2012. Though he had already secured huge support from top names throughout the years, last year especially was a brilliant one! It marked the release of his album ‘Everything Is Connected’ that included brilliant collaborations with Noire Lee, Everlight, Lostly, Renegade System & a remix for legendary duo Jam & Spoon! Following a few extended singles from the album, he is dropping his ‘Power Bomb 98’ that was a big feature in his recent Twitch sets!

PRODUCTION:
‘Work Like Fire’? YES! The intro is instantly lit thanks to bulky, nasty basslines testing the capacity of your speakers. It advances in high-spirit with the support of vigorous beats, addictive vocals, & solid riffs. The heat gets higher as crunchy, smashing beats and dynamic claps link up with the electric bassline to manufacture a magisterial climax. Then, a captivating groove joins the hype generated by the hefty kicks & vocals, carrying everything to the exit! We really love how he assembled the targeted energy piece by piece. It shows its true identity at the climax, a fusion with a slight Tech Trance influence!

CONCLUSION:
We decided to review this because it makes a perfect Halloween special, and we were not surprised to see this kind of quality from the Polish maestro! Coming up is the “Expanded & Extended” version of his album, as his last chapter of Trance this week. Is this a hint at a future Techno path? We’ll see…