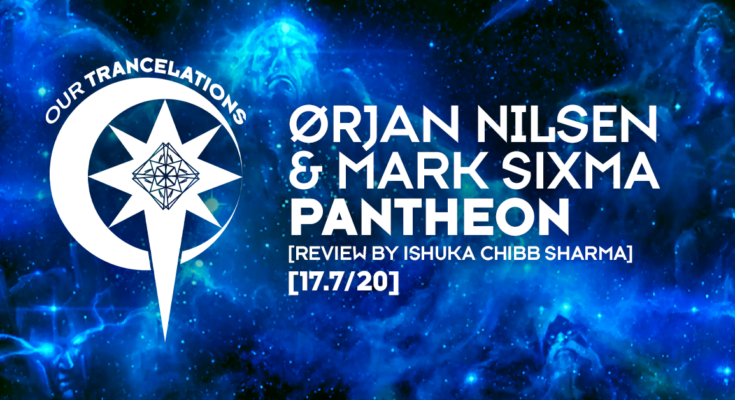 INTRODUCTION:
There are many ways Trance can appeal to the masses. The latest iteration of that is this long-overdue team-up of Ørjan Nilsen 🇳🇴 & Mark Sixma 🇳🇱, taken from the latter’s ‘Elements Vol. 2’ which also includes ‘Never Forgotten’ (check our review for a proper introduction of him). Let’s talk about his partner Ørjan, who started in mid-2000 via Intuition Recordings and became a regular on Armada. He ventured by creating his style of Trance and meddling with Electro House and even the ‘commercial direction’. He brings out his DJ Governor alias from time to time, more so since last year! Orjan has always been prolific though: since ‘In My Opinion’ (2011), also the name of his label, he released 3 more albums (No Saint Out Of Me, Prism, & The Devil Is In The Detail). Armada Invites hosted a Q&A last year, marking Ørjan’s remix of ‘Our Song’ by Morgan Page & Mark Sixma, in which they gave a pinky promise to collab… and this is them delivering!

PRODUCTION:
Progressive drums and a tight rolling bassline are joined by electro fillers and stabs. This is followed by a bigroom buildup that unexpectedly leads to a wobbly 1st climax, a clear indication of Ørjan’s experimentation. The bassline shift here is exceptional, as is the intensity of the melody as it mingles with the heavenly voices! The breakdown surely sounds like Mark, it’s filled with anthemic yet mystical melodies, arps, & cold pads. Then, the bigroom buildup returns and leads to a 2nd climax with a better taste of the breakdown melody. Here there’s full-on festival energy & hypnotic emotions. Not done, a 3rd climax elevates the vibe of the 1st with more voice stabs, evoking a Tech trance vibe!. Lots of unexpected moves here and there, even with the knowledge of artists’ sounds!

CONCLUSION:
The breakdown & 2nd climax could’ve been longer, but the complexity makes up for it. Also, the melody somewhat echoes 90s trance like Armin van Buuren’s classic Blue Fear. And now that we mentioned him, we should also mention his Festival-friendly mashup of Pantheon and Missing by Sixma & Emma Hewitt!