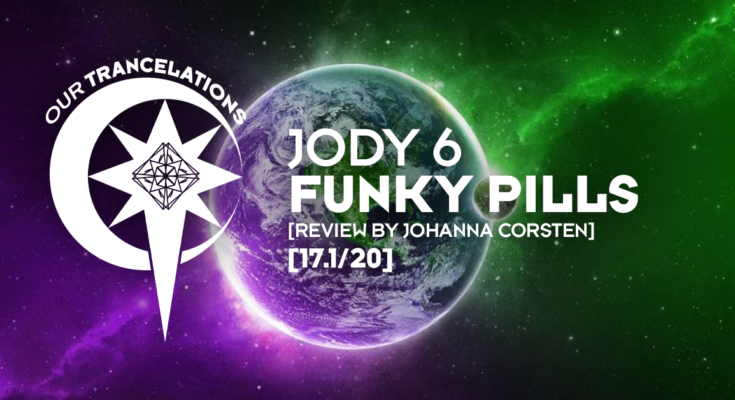 INTRODUCTION
At the peak of summer, the party never ever stops! Jody 6 🇦🇺 is here to bring us that funk with the spirit of Tech Trance. But let’s get to know our dealer before we take those pills, shall we?

Well, he started in the late 2000s with a string of releases on Vicious Circle, then noteworthy releases on Flashover, FSOE, HTE, Regenerate, Deep In Thought, Mental Asylum, Autektone, High Voltage, and Nocturnal Knights of course! The last 2 labels especially had a huge impact on Jody’s career: He was one of the first to release on Allen Watts’s High Voltage and created its 1-year anniversary anthem w/ Yoshi & Razner. Not to forget, he currently handles the NK radioshow!


Production-wise, he recently dived into Techno and received top-tier support from UMEK, Oliver Heldens, & T78 on top of the usual A-List trance support.

And that’s what the Funky Pills are all about, a mixture of the two genres. Let’s see how that flavor translates into sound!

PRODUCTION
It starts with Techy but Trancey kicks plus some 303 acid stabs, that’s Jody leaving a hint about how this funky track will fulfill its duty. Then, a playful female voice-over introduces the theme before we get a potent uplifting breakdown. This is where the pills kick in, as the break lifts us higher and higher with its loopy format. Suddenly, the acid is back to signal an energetic buildup while the voice is requesting even more pills!

“Do you want it now?” is the response we hear before the party animals break loose…

The toxic climax features hard bass, rave synths, and a healthy dose of acid. It’s an effective driving Techno arrangement that will fuel your parties.

CONCLUSION
‘Funky Pills’ may be a bit rough, but it enjoys high energy and groove with its 303s. This is Jody’s comeback to Trance after a while in Techno, and he succeeded in bringing the best of both. It’s worth mentioning that, on the same day, he had a 2 track techno EP which also marked the debut of the EXTENT imprint. And there’s still more from him, including another single on Nocturnal Knights to end this month + another collaboration with Queen Stavie– perhaps a follow-up to ‘I Whip You’?