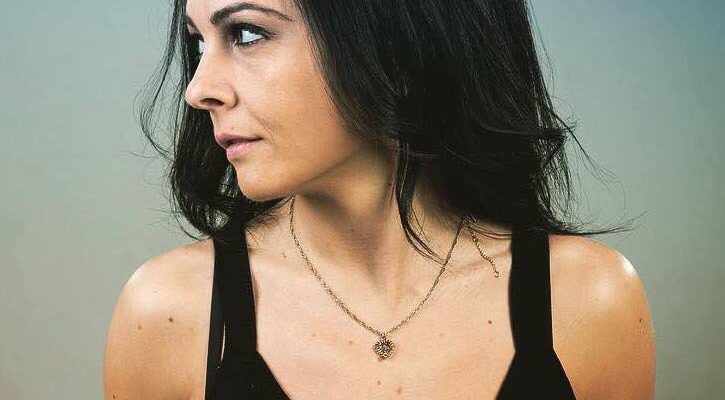 Welcome to On The Sesh, please tell us a bit about yourself, who is Ashley Smith?

Hello and thanks for having me!

My name is Ashley Smith and as you can tell i am a girl with strong Scottish accent. I was born and raised in Glasgow one of Scotland’s biggest cities. People from Glasgow have a reputation for being loud, aggressive and definitely up for a sesh.

Outwith the music I am a fully qualified software engineer and spend almost all my time in front of a computer if its not making music in the studio, its writing code. I love solving problems and love being faced with challenges so both music production and software engineering are a great match.

Well, when i was around 10 or 11 I was given a CD by my aunt. Pretty sure it was Cream Anthems 2000 and this set me on the path for my passion for electronic dance music. I used to listen to it on repeat. At the time i wasn’t really aware of genres and I had no idea that this was what we call ‘Classic Trance’ now. I just loved how it sounded. 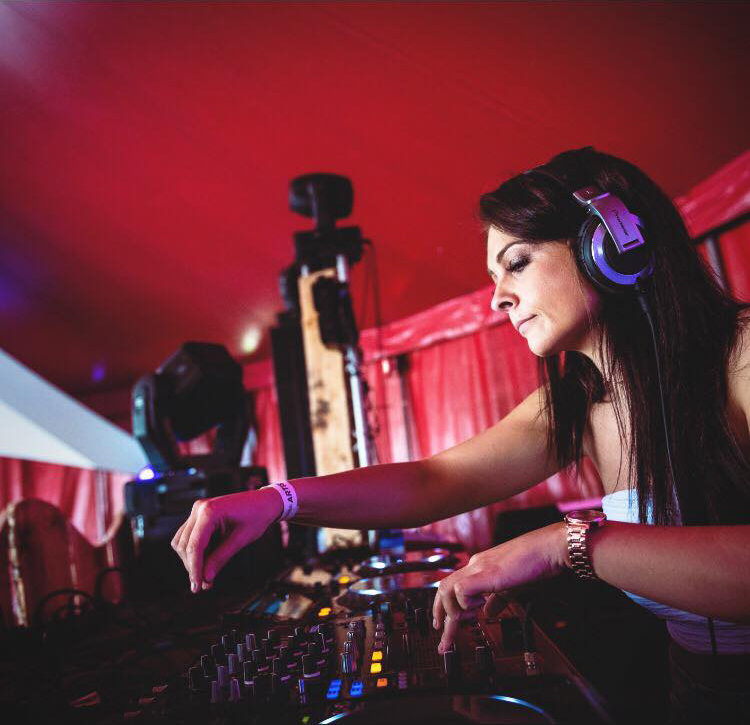 So I have done things in reverse order than many others I think. I started producing first at age around 14 then years later when I was around 22 I tried my hand at DJing.

I used to listen to music in my early teens and think this would be better if it had this extra bit or if it had different elements. I was able to dissect the music in my head into its separate elements at a really young age.

So I used this to my advantage and got a piece of software called ‘Reason’. I tried for weeks to get a handle of this but I failed. So I done some more research and found another piece of software ‘Fruity Loops’ and things started to click. They clicked that much that I continued to use FL Studio for about 10 years until I moved over to ‘Ableton Live’ about 4 years ago.

At the start what I was making was … fucking shit to be honest.

I made commercial dance music for the first 5 years so stuff similar to Special D, Basshunter etc. Then i moved into UK Hardcore – its was at this point my productions started to get better. I think producing UK Hardcore, focussing on writing catchy hooks has really aided me now in Trance.

In my early 20’s I started going to Inside Out at ‘The Arches’ in Glasgow. One of Glasgow’s famous nightclubs. It’s no longer open now which is really sad to see as it was a great venue. This is where i was really introduced to Trance. I fell in love with the genre at that point.

I used to go home at 3am totally wired, full of inspiration buzzing from the event then sit and make music for hours until I was able to sleep lol.

So it’s been a long road and I have crossed multiple genres to land where I am now. 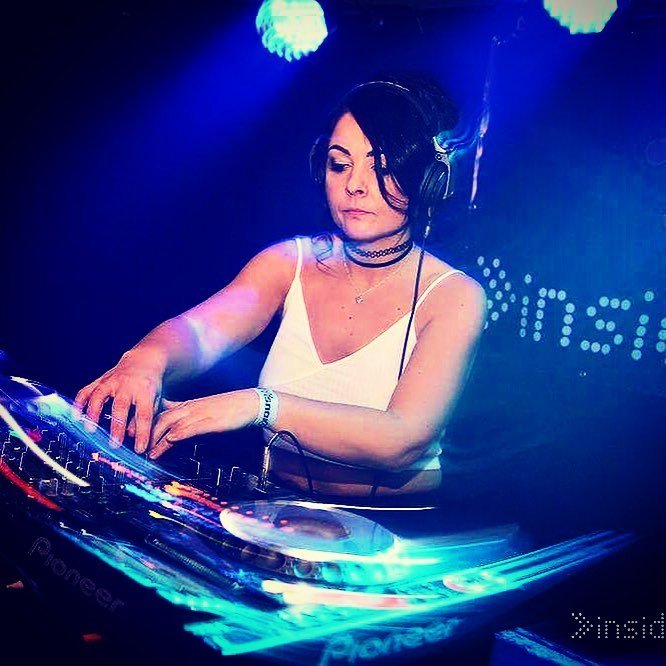 My first gig was in Glasgow at a small trance event with just local DJ’s. I wasn’t confident at all with my abilities on the decks and I was terrified.

At the time I had a pair of pioneer cdj 800’s which were OK I suppose, but I turned up at the gig and was faced with a set of pioneer cdj 500’s (if you don’t know what these are Google them bad boys!) my heart almost stopped beating.

So albeit, I played on these and the set went good considering. It was a rough first experience but as i previously said I love being challenged and instead of moaning or complaining just get on with things.

Where it is, what time is my slot, who else is playing, what type of event is it & of course my personal preference.

I select my tracks and build my playlists around these factors. 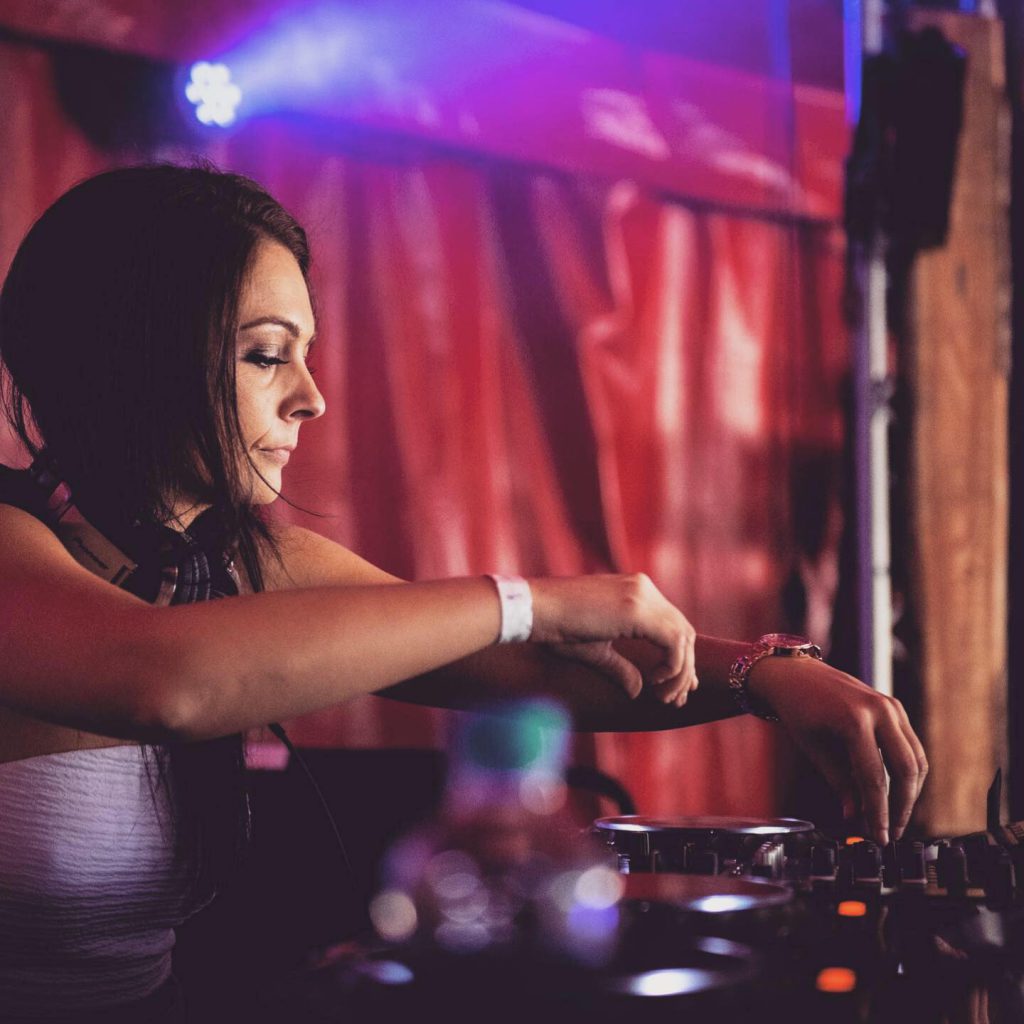 The techno scene has seen an influx of female DJs giving the men a run for their money. You are doing a pretty good job of this yourself on the Trance scene, do you find you are treated any differently as a female artist?

No, for the most part.

People always think/say yeah it must be really easy being a female DJ you have got boobs.

When in fact i wouldn’t say it is easier at all. I feel like woman are not trusted as much as men to deliver the goods in trance and are slightly disregarded in that respect.

Also, I think most men just assume that woman cannot make music as its fairly uncommon to have female producers. I think this misconception puts a lot of woman off music production.

I do not expect to get a free run because I am a female. Females should work as equally as hard as men to move up the ladder in my opinion. 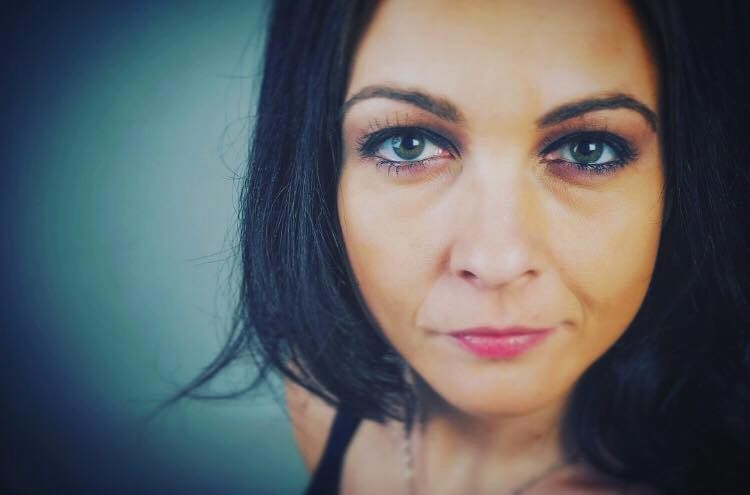 My process is that I don’t follow a process. I do what I feel at the time.

You have shared video walk through’s of how you approached some of your tracks, we think its great that you take the time to share your processes with fans and people learning production. Do you feel that it is important to share knowledge, and what advice would you give to any aspiring producers reading this?

Yes 100%. I love sharing skills and helping others. Things that have took me years to nail.

I think to keep the scene thriving with fresh music this is a must.

I know lots of people who have great ideas but just lack the engineering skills. So I spend a lot of my time really trying to push them and give them as much help as I can.

I am no expert myself but any help I can provide I offer.

Get tuition, watch tutorials, speak to others, take as much information in as you can. You need to completely immerse yourself in it to the point it becomes almost a weird obsession.

Looking at your back catalogue your sound has been getting progressively harder starting with ‘Kick Back’, is this intentional or something that has just happened organically?

It just happened. Over time people’s taste changes in everything not just music. I have always liked harder music to be honest. I am partial to a bit of 180bpm hardcore now and then also.

I think being a producer you need to be flexible and open to new styles of music. If you dont you will tunnel yourself into one way of working and all your tracks will end up sounding the same.

How would you describe the ‘Ashley Smith’ sound? 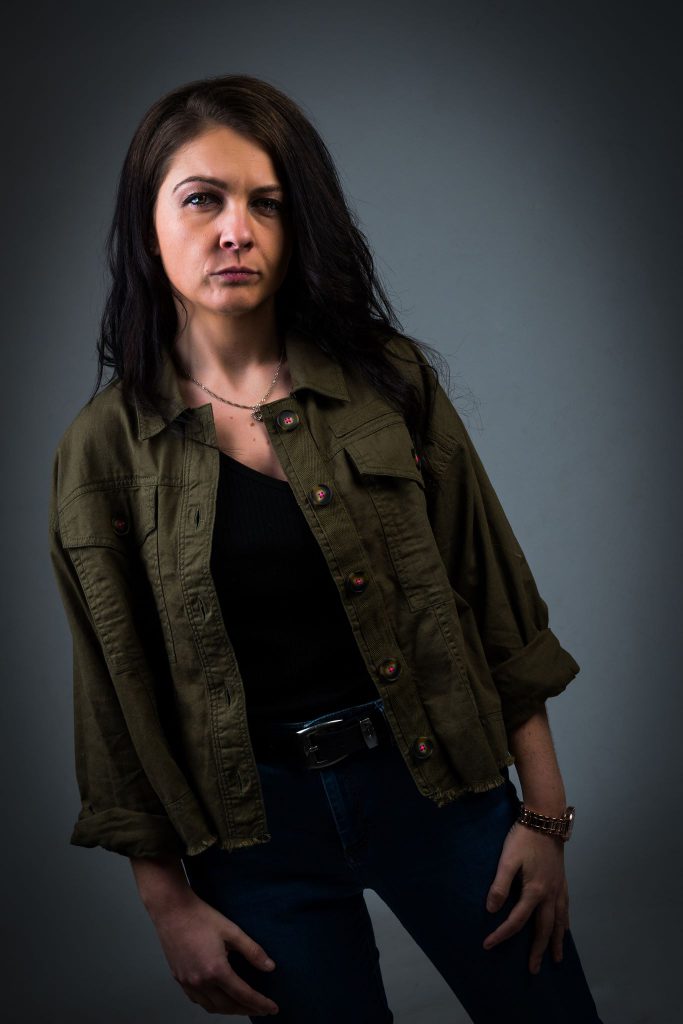 Freakshow – I feel at this point I really stepped up with my knowledge and understanding of music production. I also really like the melody in it. Simple but effective.

We have seen that you have been in the studio with Maria Healy recently, how did that go?

Good, we almost have our first colab wrapped up. 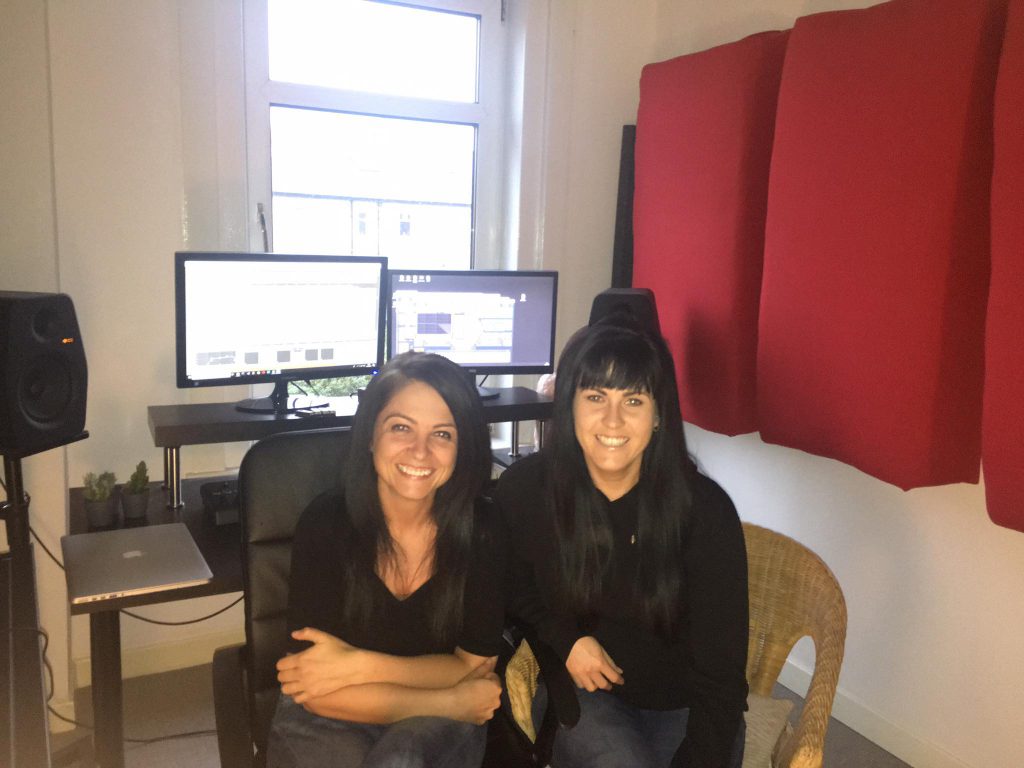 I have a lot of stuff going on in the studio right now.

2019 is going to be a great year for me not just musically but also getting the chance to now perform a lot more. I have some really cool international gigs coming up soon.

Billy Gillies all round amazing producer.
Renegade System is really churning out the tracks and has a great unique hard sound!
Darren Hall is really impressing me with the quality of his productions. Each one is getting better and better.

Music wise I have 3 tracks locked in due to be released sometime before the end of summer.

One for Damaged, Grotesque and my debut on Subculture.
Which is also being included in the new Subculture compilation due out end of June. 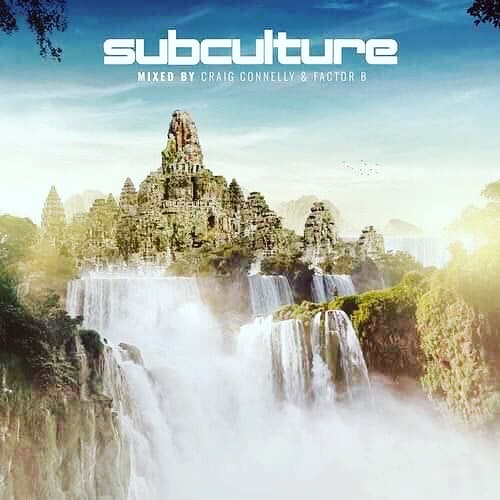 It would need to be something where i could express my creative side.

We always ask the Scot’s this one: Fellow Scot David Rust is a self-confessed Buckfast enthusiast, are you a Buckfast or IronBru girl?

Both.
I would say more so Buckfast. Love a ½ bottle before a night out.

LOL. Not sure I can say on this interview. Probably my worst is biting my fingernails.

How does Ashley Smith recover after a night out?

Usually netflix and chinese/domino’s always sorts me out after a heavy session.

Ashley we’d like to say a massive thanks from everyone at On The Sesh for taking the time out and having a natter with Carl.

Thank you for having me! I hope you and all the readers enjoy finding out a bit more about me.