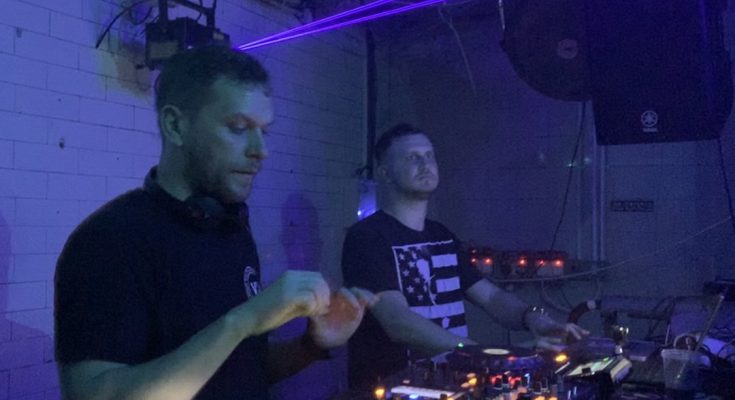 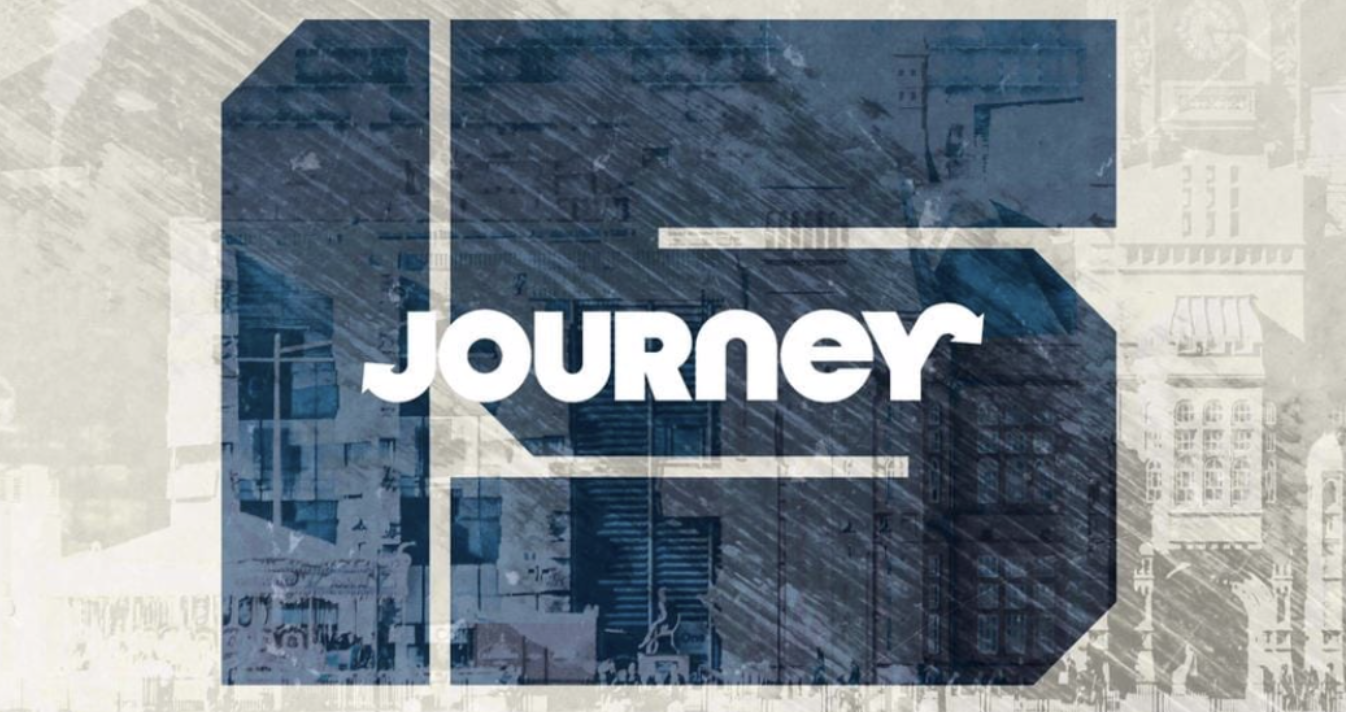 I was down in Somerset that weekend with my other half Melvin so it made sense to do the short drive over the Severn Bridge to Cardiff to witness this hugely anticipated night. 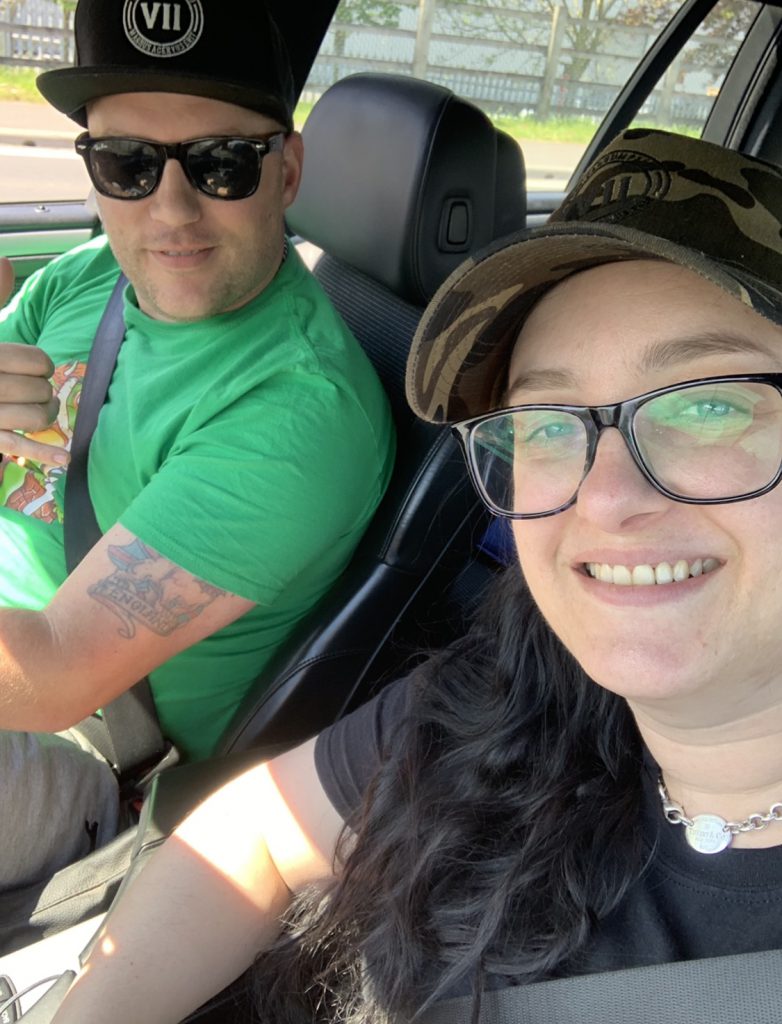 We set off at lunchtime to drive over to Cardiff, the sun was out, we had trance blasting from the car speakers and were really excited for what the night had in store. We had rented a gorgeous flat about 10 minutes walk from the venue so once we arrived we chilled out, had a few drinks and got ready for the evening.

Anyone who isn’t aware of the Journey brand, it’s run by Hywel Matthews and Ritchie Knight along with Joe Byrne and Arran Roberts. They have put some amazing events on in the past including bringing Above & Beyond to Cardiff for the first time. They pride themselves on providing an impressive lineup and an amazing party. Recently they have discovered an incredible venue in Cardiff called The Vaults – but more about that later.

Around 9:30pm we were picked up by the legends that are RatedR – Ross and Rich. It’s always good to have a night out with these guys and we literally don’t stop laughing from start to finish. 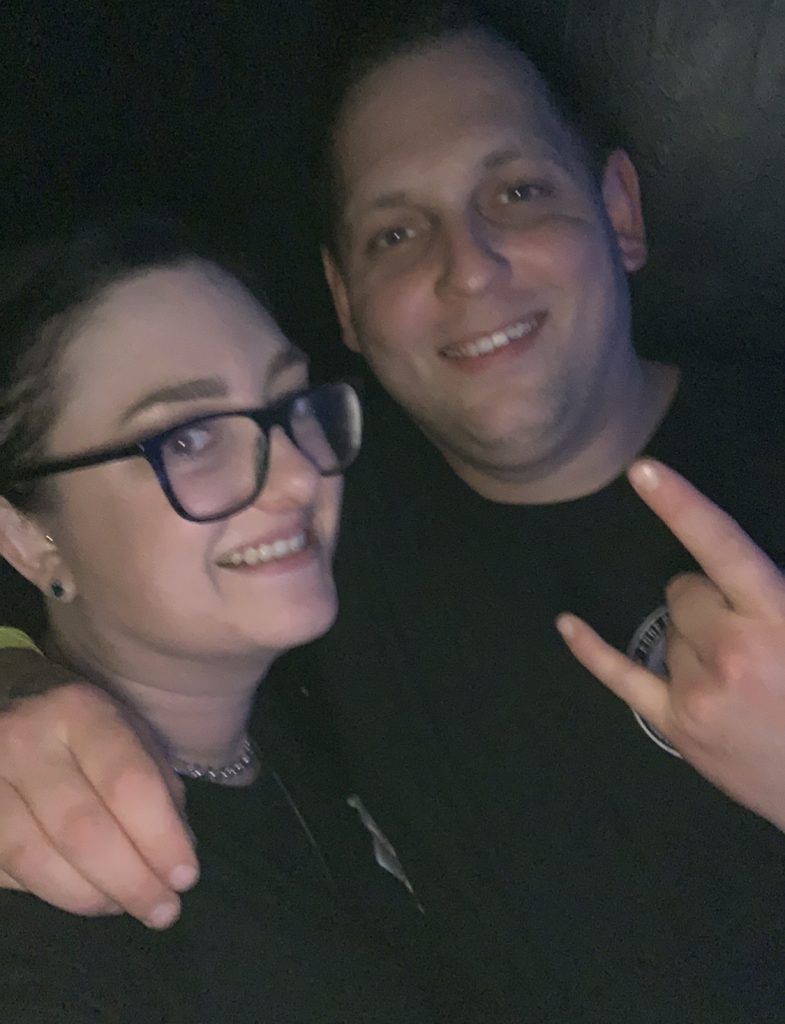 We arrive at the venue and even from the outside it’s impressive, put it this way it doesn’t look like a club. Built in 1926 it’s located in the basement of Portland House, Bute Street which was formally a bank. It’s got ornate concrete pillars at the front of the building, it’s feels kinda posh when you initially enter the building. You walk in to a massive hallway which doubles up as a bar / chill out area. We grab a drink and have a natter and decide to investigate downstairs.

To get in to the Vault you go down some fairly narrow steps and enter the ‘chamber’. The ceiling is really quite low and there’s still the cages from when the Vault would have held money. It’s dark, loud and everything that you would want from an ‘underground’ club. The other massive selling point for the Vault is the sound system. They have a VOID sound system installed – this is probably the most coveted sound system available for a club…..and It’s loud. The Thrillseekers are smashing the tunes out, the acoustics in the main room are pretty good. It’s very loud but the sound is suprisingly clear and you can pick up all the individual frequencies. 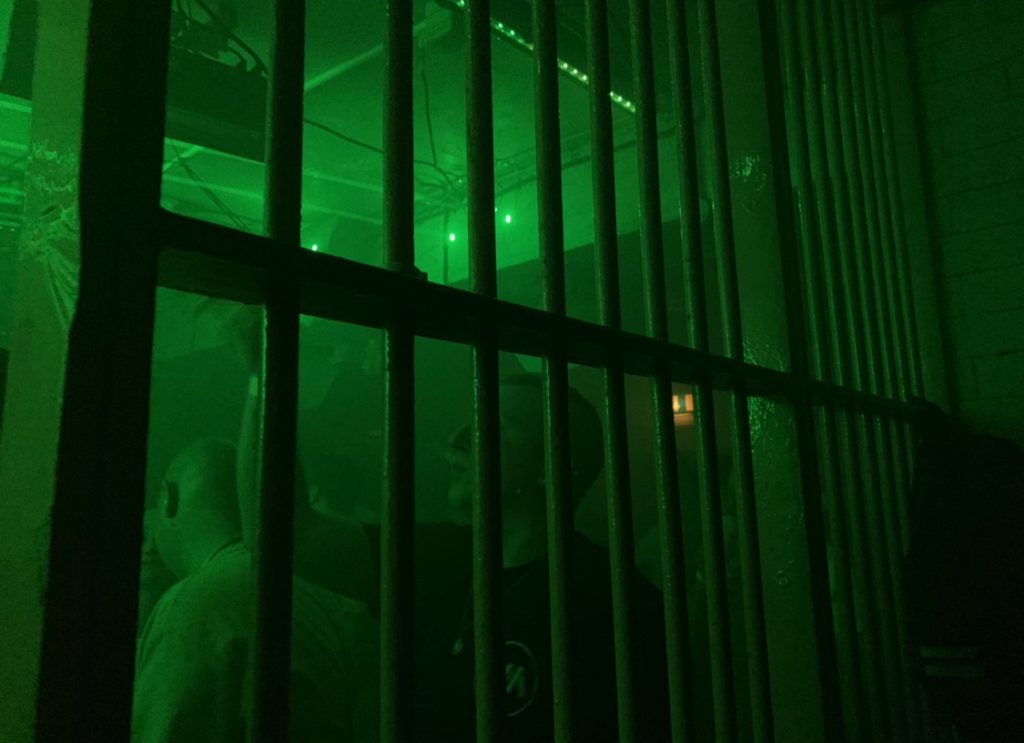 I nip to the loos which are up a couple of flights of stairs and are really nice as far a club toilet go. On exiting a hear a familiar voice and bump in to Liz Parker. For anyone who knows Liz you will know what a true legend and supporter of the trance scene she is. I was super surprised to see her as Liz, although originally hailing from Wales now lives in Australia, and its always really nice to see her. She had got on a flight that morning from Oz to come over to Cardiff just to see John. If that is not commitment I don’t know what is!

Soon it’s time for John to come on. I always get majorly exited when I see him as he is by far my favourite DJ. He doesn’t do too many extended sets each year so to hear him play for 3 hours was going to be a real treat. We go outside for some air and bump in to him on the way in to the venue. We have a quick chat with John then go back in to the venue to await him coming on. 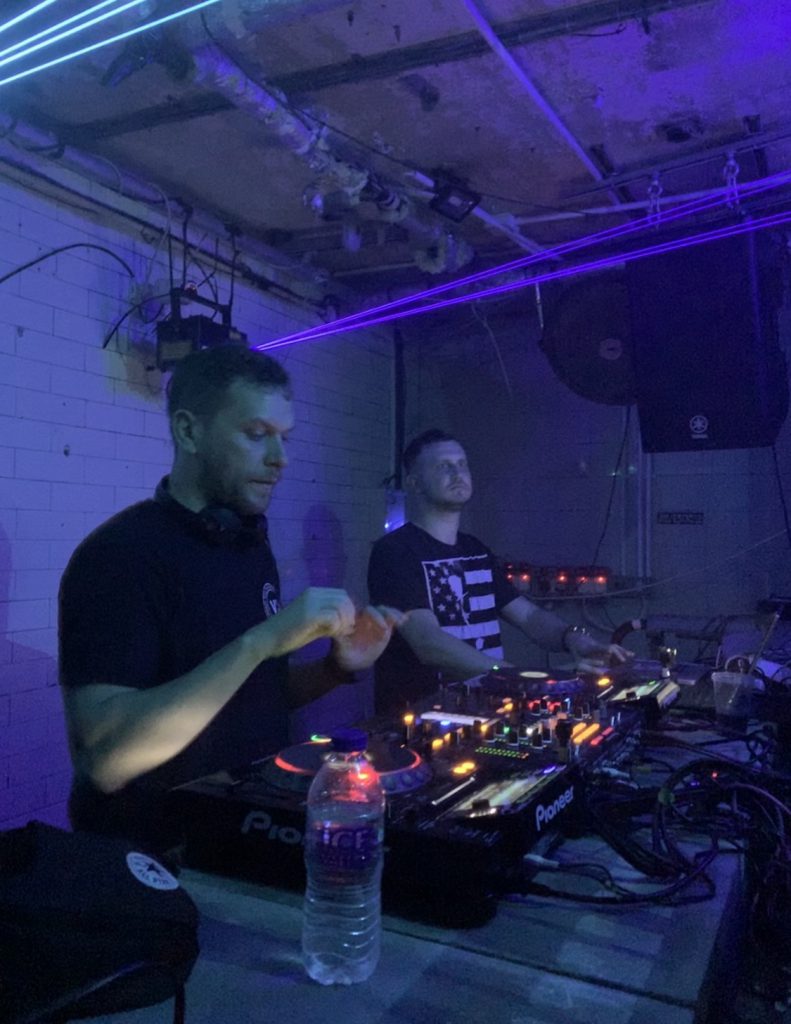 The atmosphere in the club is unreal. Everyone is fully up for the night, it’s dark, hot and when Askew gets on the decks the crowd erupts. Now normally when I’ve see John play extended sets in the past he builds his sets up, however he sets the tone for this set by playing Liam Wilson’s remix of Maximum Thrust – Basic Dawn for his opening track. For the next 3 hours we are taken on a journey, it’s hard and emotional and includes tracks like, Midnight Oil – John Askew, Fall to Me – Active and Sneijders remix of Stay – Ben Gold. I seriously can’t put in to words how good this set was. It was John Askew at his absolute finest. The crowd go mental throughout and it’s an absolute honour to watch. 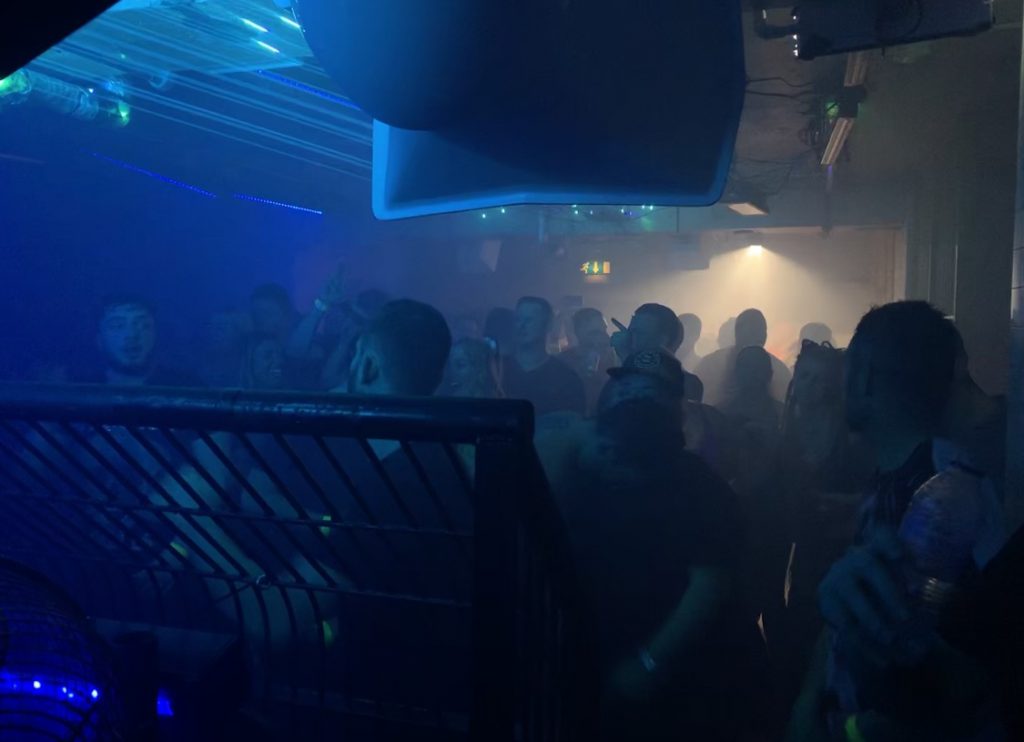 If you get the opportunity to go to a Journey night in future my advice would be to make it a priority. It feels so underground and its such a friendly crowd. I can’t really knock the night as a whole. The Journey guys made us feel so welcome, the event is incredible, the production and lasers were top notch (good work Sam Mitcham) and the sound system is the cherry on the top. I for one can’t wait for another night at The Vault. Well done guys, your hard work and passion for the scene shines through in the effort that you went in to to make this event a success! 10/10 would visit again.

Massive thanks to Richie and the crew for their hospitality.