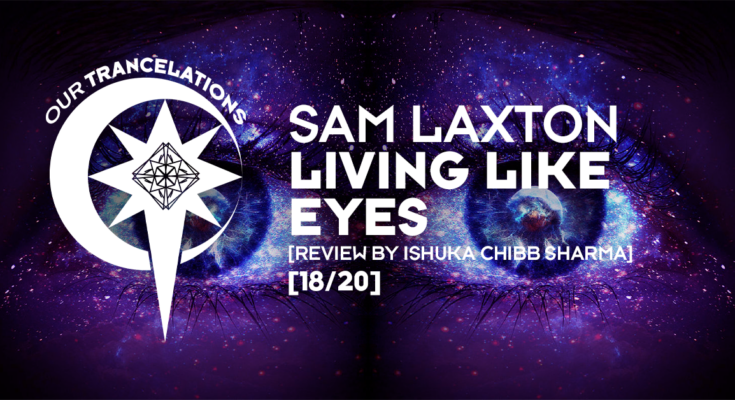 INTRODUCTION:
Our final regular trancelation of this year goes to one of the most fascinating talents in the Trance scene: Sam Laxton 🇬🇧. Currently an AVA resident, his early 2010s beginnings weren’t quite aligned as he was rather into Dubstep & Glitch hop – both quite popular in his region – before also venturing into House music. Late 2015 saw his shift to what he’s currently known for via a debut on Solarstone’s Pure Trance imprint with “The Rise”. Since then he’s been releasing on said label as well as AVA, FSOE, Nocturnal Knights, VANDIT, WAO138?!, Bonzai, Digital Society, Always Alive, Critical State etc. He’s also responsible for AVA’s Soul Contact compilations. To conclude 2020, he’s giving away a free release as a Christmas gift “Living Like Eyes” which is an impressive take on his sound. Let’s feel this!


PRODUCTION:
The intro is stacked with tribal drums, joyous background vox & a Trance melody – trippy & groovy. When the 1st climax appears, we understand why the intro is what it is, Samuel is diving into the realm of Psychedelic Trance! The bassline is electrifying & so are those kicks, acid synths & FXs. It also feels a bit like Tech Trance which is something he made before but not in this fresh way. The breakdown brings back the Trancy melody from the intro & layers new arps to fit the Psy bassline. This transitions to an Uplifting Trance climax, with psychedelic elements & stuttered voices, forms a nice hybrid. The elements are given more room to shine in the bridge before the 3rd climax comes with a blend of Psy & Tech – a burst of energy no one expected.

CONCLUSION:
Such a well crafted Trancer. Given how he started his career, it’s evident that he would experiment like this within the Trance spectrum. With such trippy atmospheres, a title like “Living Like Eyes” checks out! More fresh stuff like this can make the future of Trance entertaining, we saw some of it this year but there will definitely be more to come. So that’s it for 2020 concerning new releases, keep your eyes peeled for something special before we welcome 2021…