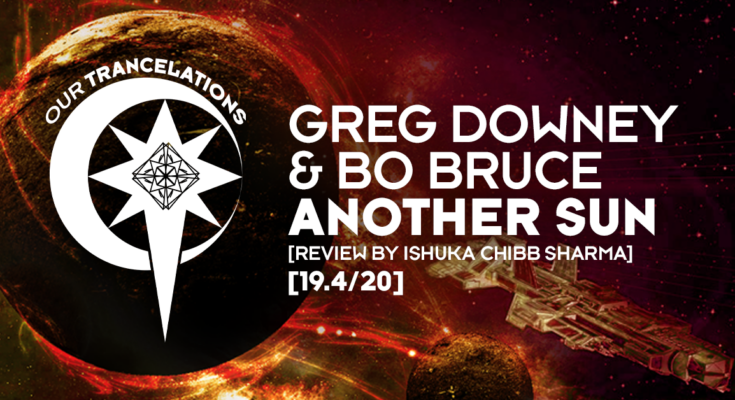 INTRODUCTION
With the summer comes Another Sun! The longtime ID premiered on the 78th episode of Skullduggery Radioshow, & also the closing track of his set @Creamfields 2021… It’s the legendary Greg Downey 🇮🇪. He kick-started his career in mid-00 via the Discover imprint. You’ll also find his music on Armada, Spinnin, Anjunabeats, Perfecto, etc. Worth noting that he recently joined VII crew after their revamp. Skullduggery, the label, was formed in 2016 & focuses on experimental Trance, mainly in Tech & Psy. It spurred a radio show as well as compilations “The Art Of Skullduggery”. Now over to Bo Bruce 🏴󠁧󠁢󠁥󠁮󠁧󠁿, runner-up of The Voice 🇬🇧 (S1). The indie-pop vocalist is currently working w/Henry Binns as “Equador”. She’s also well acclaimed in Trance with remarkable collaborations starring the likes of Chicane, Gareth Emery, Dash Berlin, & of course Greg. This is their 3rd collab after Come To Me w/ Simon Patterson (2011) & These Hands I Hold (2015). Her works reached ASOT TOTY as well as the all-time ASOT Top 1000!

PRODUCTION
A punchy, techy start with Greg’s signature, industrial sounds, and raw drum schematics. The bassline intensifies for the first climax, followed by a glimpse of Bo Bruce’s voice. Then, a small pause gives rise to a dark atmosphere, electric guitars ready to take us on a new journey. Departure is announced with charming vocals and intense lyrics. The main verse shines with even more passion. Greg’s uplifting emerges with melodies & atmospheric sounds that connect with supersaws. The climax is absolutely fresh, starring Bo’s vocals with a spacey take on the idiom “what goes around comes back around”. Greg adds trippy kicks & basslines in between till it goes full-on uplifting. But that isn’t enough… It gets a Psy twist with sirens denoting danger, perhaps the heat made their spaceship throttle!

CONCLUSION
Yet another stellar team-up from these two. An interesting story, a mix of emotions with pounding energy to keep the floor busy! We appreciate the number of twists within the track & the short suspense climaxes. I also love how it came on my birthday (17th June), a truly amazing gift!