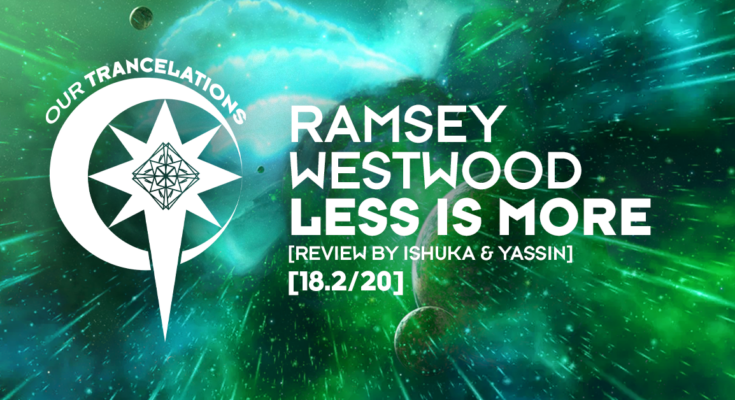 INTRODUCTION
After many reviews within Uplifting & Tech, let’s lower the tempo with this production from Ramsey Westwood 🇲🇾. Being from a musical background, his love for Trance kicked off at a very early age when he listened to Children by Robert Miles (our first Golden Trancelation) and started playing around with the CDJs. He established himself as a DJ by winning Astro Hitz Spinmaster 2, a 🇲🇾 Reality TV Show about DJing. And with that boost in hand, he moved to produce his own music while also running Stellar Radio jointly with Boris Foong (We reviewed his collaboration “With You” w/ Vadim Bonkrashkov & Cari). On top of said accolades, he managed to amass more as a producer with releases now on AVA, FSOE, Suanda, Find Your Harmony, RaveUp, & Interplay. He is also the A&R of Novan’s label RaveUp. Certainly, his productions were supported by the biggest names in the scene like Armin van Buuren, Ferry Corsten, Above & Beyond, & Andy Moor! Now is our opportunity to dissect this latest intriguing title.

PRODUCTION
We start with a soothing melody that is the solid basis of the track. And once acquainted, breakbeats and vocal chops join the mix to complete an atmospheric section. The buildup continues with small note variations and a slowly-rising trippy synth. The cinematic influences are apparent, and the added charm from these electronic elements makes it all fresh. Time for a switch now as the climax bursts to power with an abstract electro synth that is given more meaning by the piano in the background. Following a percussive bridge, the lead is transferred to an emerging Trancy synth that follows the main melody, but in a stabby arrangement. “Less is More”; just enough elements with each having an effective role in this harmonious production.

CONCLUSION
This is such a crisp take on modern Progressive Trance. It manages to bring forth a mix of different influences and empower all of its elements. We are more excited than ever for the next stage from him!